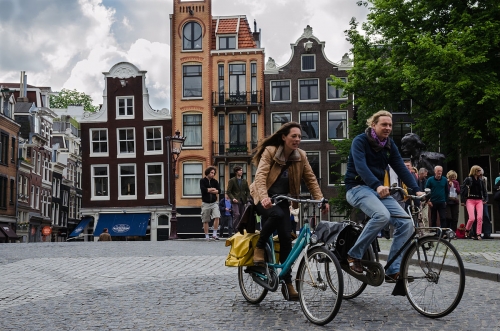 Though the Netherlands may not be your homeland, it can still in time win your affections. Here are ten aspects of Dutch life which have found a warm place in the heart of many expatriates.

When so many cities suffer from congested roads, and a public transport system that is caving under the strain of a bloated population, it’s a relief to be able to hop on your bike and make a hassle- and normally helmet-free trip to your destination. The Netherlands is home to some of the best biking infrastructure in the world, offering efficient door-to-door journeys with an excellent safety record. Cancel your expensive gym membership, your daily commute is now your perfect workout.

‘Het kan gebeuren’ (it can happen) is the Dutch answer to any unforeseen mishap. The Netherlands recognises the imperfection of life and, rather than hide it, acknowledges it and mitigates against it. The law here demonstrates a sensible handling of thorny social issues, avoiding the moral panic and knee-jerk reaction of more punitive nations. The legalisation and regulation of soft drugs and sex work, for example, has helped reduce underground activity and appears to have created a safer environment for all involved. 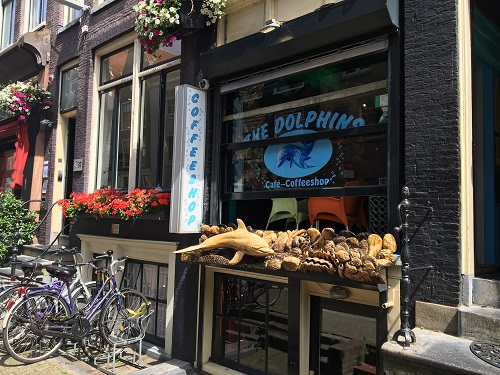 The Netherlands enjoys one of the lowest incarceration rates in Europe and its crime rates have been falling steadily for more than a decade. Focusing on the individual and treating the cause of the crime has helped to keep reoffending rates low. The Netherlands has typically adopted a more innovative approach to crime management with rehabilitation strategies such as community service, electric tagging and – controversially – giving some prisoners the keys to their cells. 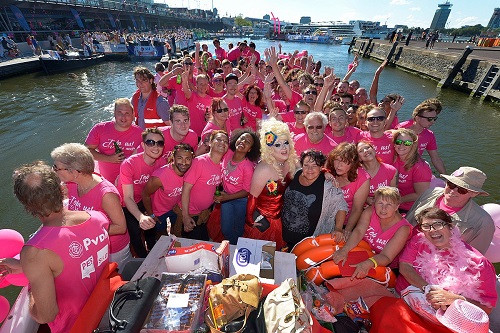 The Netherlands shouts loud and proud about the right to love and, in 2001, stood at the forefront of LGBT rights when it became the first country in the world to legalise gay marriage. The exuberant summer Canal Parade, where boats heave with costumed dancers and party-makers down Amsterdam’s Prinsengracht, is one of the highlights of the Gay Pride calendar and sees young and old out in the streets, dressed in pink or in rainbow stripes, to recognise the universality of love. 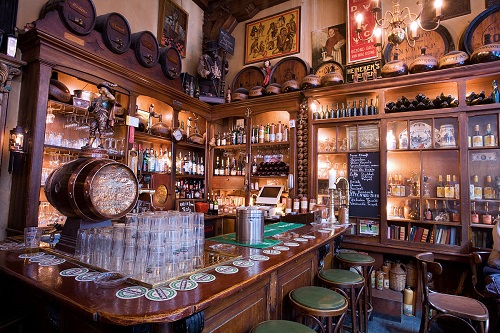 Oh yes! You didn’t think you’d get through this list without a mention of this quintessential Dutch quality, did you? Cosy friendliness, akin to the Danish hygge, gezelligheid is revered in the Netherlands, and it is one of the loveliest things about life here. The concept is perhaps best encapsulated in the snug little brown cafés where locals sit elbow-to-elbow drinking beer.

Being gezellig is central to Dutch life and subject to some social policing. The phrase ‘Gezelligheid kent geen tijd’ (Being ‘gezellig’ knows no time) is used to swiftly chastise anyone who tries to go home too early and poop the gezellig party. 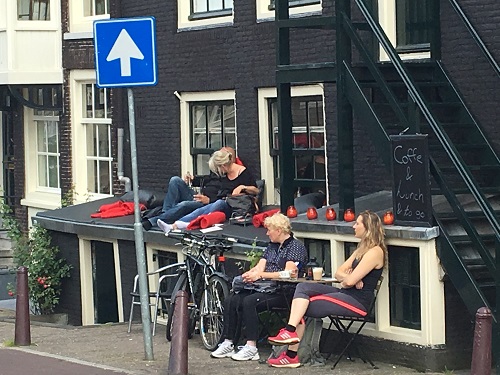 The weather might be chillier than many of our European neighbours, but the Netherlands still likes a slice of continental culture. When the sun warms the pavement, residents spill out onto their doorsteps, pop up a picnic table, and share a glass of wine with their neighbours. The people who bike in all weathers will sit out in most of them too, and even on cold days, customers lounge outside cafés snuggled up in red blankets.

Dutch initiative Benches Collective has even created a database where you can register the bench outside your home as a place where neighbours can meet and share a drink. Once a year, they use this technology to orchestrate the largest open-air café in the world. The community atmosphere that this creates is hard to beat. 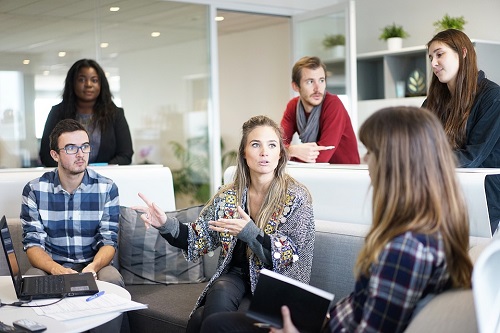 Entrepreneurs and innovators thrive in the Netherlands, a country whose open-minded interest in new solutions to existing problems makes it an ideal place to nurture new talent. In 2016, The European Commission named Amsterdam the European Capital for Innovation. The city was admired for its grassroots approach to fostering innovation and making improvements to quality of life. More about Amsterdam’s buzzing start-up community can be found here.

The Startup in Residence project is a great example of how some Dutch municipalities are supporting local enterprise. Under the scheme, start-ups pitch their ideas for solving various social or environmental targets that the council has, and the chosen businesses partner will receive funding to support their projects. 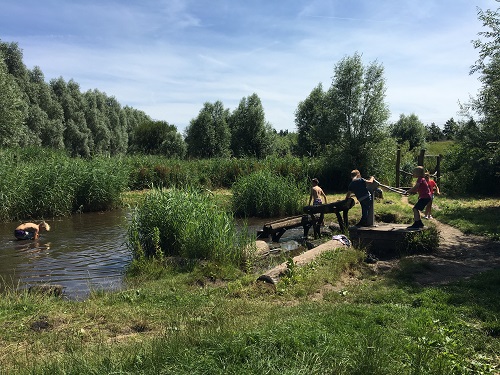 In the Netherlands, there is a permissive culture of ‘alles mag’ (everything’s allowed), coupled with a strong expectation that people take responsibility for their own safety and wellbeing. Overseas visitors might be surprised at the lack of marshals at children’s play centres and adventure parks – even when water is involved – but there’s also no-one pooh-poohing your fun with multiple rules and regulations. Devolved responsibility can be a wonderful thing, although newcomers might feel that New Year – where fireworks are let off in the street with wanton anarchy and the emergency services go into overdrive – takes the concept rather too far. 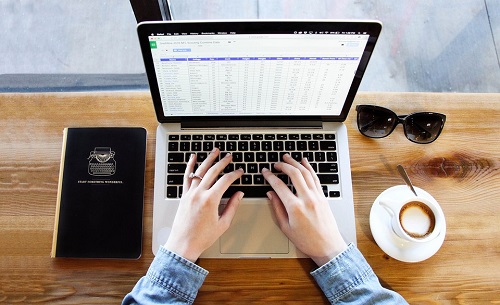 With some of the lowest working hours in Europe, the Netherlands is renowned for its excellent work-life balance and informal work culture. Part-time employment is common and it is not unusual for parents to renegotiate their working week with their employer after the birth of a child. Even the self-employed can apply for childcare subsidies and maternity leave. Indeed, the flourishing freelance culture here sees many entrepreneurs working from their kitchen table or holding impromptu business meetings in cafés.

The dress code in the Netherlands is pleasantly relaxed, with dark suits mainly reserved for workers in the financial and legal sectors. The Dutch are masters of the smart-casual look and a preppy jeans and blazer combination is good enough for most work environments. 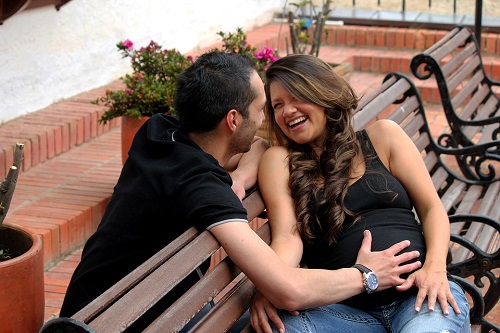 If you come from a culture where children are wrapped in cotton wool and worrying is a national sport, it is refreshing to arrive in the Netherlands and experience the opposite. Here, a child who falls over has the dirt brushed off, receives a cursory pat on the back and is sent on their way with a ‘Niks aan de hand!’ (Nothing happening here!) to resume the more important business of playing.

Similarly, pregnancy is deemed natural and normal, not a nine-month long pampering party – and a quarter of all women will give birth at home. Go to the doctor for something minor and you’ll get a ‘komt goed!’ (it’ll be fine) and told to come back in two weeks if it’s serious. While it can be hard to get attention when something really is awry, the positive message behind the no-fuss mantra is that we can do more than we think and should grit our teeth, trust in ourselves and get back on with the job. 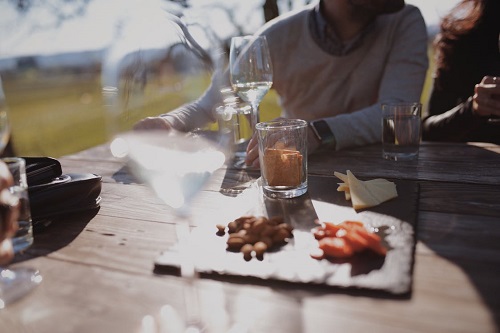 Why let planning interfere with an opportunity to socialise? With the borrel, you can bring people together with the minimum of effort and, of course, it’s super gezellig.

For those uninitiated in this Dutch tradition, the borrel is similar to the familiar after-work drinks, but slightly upgraded, as it implies a few tasty snacks on the side. These snacks, or ‘borrelhapjes’, typically include cheese cubes with a mustard dip, bitterballen (meatballs in breadcrumbs), kroketten (much like bitterballen but in long croquettes), borrelnootjes (a nuts and crisps hybrid), and olives.

At work, with friends, even at school – kids join their parents at the end-of-term klassenborrel – there’s always a borrel around the corner, signalling that it’s time to down tools and say ‘proost!’ with your peers. And every bar has a borrel menu, so you are never more than a few feet away from your next bitterbal.

What are your favourite things about living in the Netherlands? Share your thoughts in the comments, or answer the questions here to be featured in an interview!