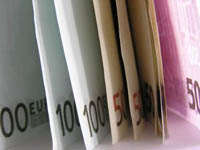 Tipping can be among the more confusing aspects of living in a new country – expats everywhere often find themselves wondering, “How much should I tip? How do I leave the tip? Should I tip at all?” In countries like the USA, tipping has become an almost universal requirement, and it is not uncommon to hear stories of restaurant staff asking non-tipping customers whether they were unhappy with the service, with the unstated expectation that satisfactory service must be rewarded with a tip, usually 15% of the bill amount. One the other hand, some countries have no tipping culture at all – only the most exceptional service is rewarded with a tip, and even then it may need be pressed upon the server.In the Netherlands, there are many ways in which things work completely differently from the rest of the world. How does tipping work?
Should you tip at all?

In shops, stores, and in taxis in the Netherlands, tipping is absolutely not required, so we’ll talk mostly about food and drink establishments here.

Tipping in the Netherlands is usually not expected by default. People in the hospitality industry earn good wages, and this includes the waiting staff.

Waiters usually get at least minimum wage, and this is considerably higher than it is in the US and many other parts of the world. As a result, waiters don’t rely on tips to survive. Many of them are students earning a decent amount of extra money, and older waiters will usually be senior staff with an even better wage, or may even be the owners of the establishment.

That said, the absence of any expectation does not necessarily mean you should not tip. A small tip will always be appreciated, and if for some reason the service has been exceptional and you are especially pleased with it, you should definitely show your appreciation with a tip.

How much should you tip and how?
At most restaurants, the standard practice is to simply round off the amount on the bill. When paying by cash, you can simply leave the change behind. Don’t be embarrassed to leave only a few coins behind – nothing more is expected. When paying by card, you can round off the amount on the slip. If you’re tipping a pizza delivery boy or a hotel porter, one or two Euros is usually enough. You can simply hand this to them while thanking them.

At bars, tipping is extremely rare. You can usually safely hand over the exact amount of change for your drink (or drinks). If you’re really, really uncomfortable about a whole evening of drinking with no tip, you can do the same as you would at a restaurant – simply round up the amount to the nearest five or ten. This will be doubly appreciated if it means that your bartender or waiter doesn’t have to rummage around for change to give you.

(Maintain a sense of proportion though – for a really small bill, one Euro or even 50 cents is fair enough.)

However, if you’re at an expensive cocktail bar or a fine dining restaurant, it is customary to leave a proper tip. This will usually be 10% of the bill, but you can of course leave more if you feel it is deserved.

One thing to remember is that many establishments in the hospitality industry now include a service charge in their bill, which is essentially the same as a tip. It’s therefore advisable to have a look at your bill before you decide whether or not to add a tip.

Of course, if you’re particularly thrilled with the service, you can tip, whether or not there’s a service charge. The service charge is typically 15%, and you can add up to 10% more. The corollary however is to not tip for poor service. Restaurant service in the Netherlands tends to be slow and perfunctory, so people used to prompt, chatty service will need to lower their expectations.

However, this does not mean that you should accept bad service. If your waiter was rude, careless, sloppy, or failed to do his or her job in any way, you should definitely not leave a tip.