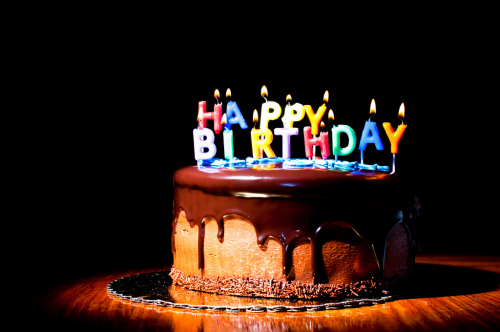 Birthdays, like all other celebrations, vary greatly around the world. The western tradition of a birthday cake and candles is now popular in almost every part of the world, but there are still quite a number of local traditions that survive and thrive. In a handful of cultures, birthdays aren’t really marked as important dates, and therefore aren’t celebrated at all; in a few others, birthdays may be remembered but celebrations are actually frowned upon.However, most communities around the world have celebrated birthdays for centuries, and therefore continue to keep alive their own birthday traditions, along with the modern, international ones that they have adopted.

The Netherlands is one place where birthdays are not only particularly important, but are celebrated with many unique traditions. However you may feel about the birthday traditions in the Netherlands, our recommendation is to live like the locals – and this of course means celebrating your birthday like a local. After all, you can easily return to the traditions you’re used to when you return home.

Here are a few tips on how the Dutch celebrate their birthdays and how you can celebrate your birthday like a local while you’re living in the Netherlands.

The importance of birthdays in Dutch culture

The first thing you need to know about birthdays in the Netherlands is that they’re very important. Don’t try to let your birthday glide past with no one noticing, don’t try to spend it watching a film and eating pizza by yourself at home. First of all, it’s unlikely that you’ll get away with such a plan. Your Dutch friends and colleagues won’t forget that it’s your birthday, because they’re be reminded by their birthday calendars, which we’ll get to shortly.

The Dutch are big on birthdays, and if they know it’s your birthday, they will likely either force you to celebrate it or set up some celebrations themselves. Secondly, if you do manage to make your solitary plan a success, people will eventually find out. Birthdays are highly social affairs in the Netherlands, and spending your birthday alone may be seen as rude or anti-social.

Almost every Dutch person has what’s known as a birthday calendar – a calendar that lists the birthdays of all their friends and family for the entire year. Since birthdays are so important, forgetting someone’s birthday is a major faux pas, and since few people have perfect memories, such a calendar is extremely helpful.

It may seem strange, considering how important birthdays are, that the traditional location for a birthday calendar is the toilet! On the other hand, when you think about it, the toilet is the perfect place for a birthday calendar – you’re bound to visit it daily, and you can then let your eye wander across the calendar and take note of the birthday celebrations that are due. A quick warning however: if you ever use the toilet at a friend’s place, don’t take it upon yourself to add your name to their birthday calendar. Leave it to them to ask you for your birthday and add it to the calendar themselves. It may take a while, but if you’re close enough, the topic will certainly eventually come up.

It might help to know that birthdays are known as “year days” in Dutch, but what’s more important is to know how to wish someone happy birthday and to know when you are being wished a happy birthday. The phrase “happy birthday” has certainly spread across the world, but it’s not yet universal, and the Netherlands is one place that still hasn’t adopted it. The Dutch birthday greeting is “Gefeliciteerd!” which is usually translated as “Congratulations!” As you say this, you shake hands and kiss the person three times. Many expats think it’s an odd greeting for a birthday, but the original phrase was “Gefeliciteerd met je verjaardag,” which literally means “Congratulations on your birthday,” and isn’t really that far from “Happy birthday”. Over time of course, this has been shortened to simply “Gefeliciteerd”.

The Dutch tradition is to congratulate everyone in the family – so, for example, you say “Gefeliciteerd” to the parents, the spouse, the siblings, and the children as well. Traditionally, the greeting would be modified depending on each person’s relationship to the birthday boy or girl, by saying roughly the Dutch equivalent of “Congratulations on your son’s birthday,” and so on. Thankfully, with the shortening of the greeting, things have gotten much simpler. However, the greetings don’t end there. You must also greet everyone else at the party and introduce yourself.

For expats who are used to big birthday parties with alcohol, music, and dancing, the traditional Dutch birthday party might seem rather tame: guests turn up and congratulate the person whose birthday it is, their family, and each other. Next, coffee or tea and cake are served, and chairs are arranged in a circle so that everyone can sit together. This is important – people typically don’t wander around mingling and circulating, forming their own pairs and groups. Instead, everyone sits in a circle and talks to everyone else while sipping their coffee and eating their cake. It’s a bit awkward and even intimidating, and quite a number of younger Dutch people say that they hate it and would avoid it if they could. However, for the most part, this is how it continues to be done, whether you’re a toddler, a teenager, or a septuagenarian.

After a while, it’s time for some more food, which is usually simple and varies depending on the season. Alcohol may also be served at this stage, but this is by no means the standard. One additional point worth noting is that birthdays in the Netherlands tend to be celebrated on the nearest Sunday, not on the actual day itself, and usually finish by around 6pm.

Cake is central to birthday celebrations in the Netherlands. There may not be alcohol, but like some of the other elements of the Dutch birthday party, cake is a necessity regardless of your age. The twist however is that you must provide your own cake for your own party – no one will bring you cake for your birthday. This doesn’t necessarily mean that you need to make it yourself, although baking too is a bit of a Dutch tradition, and every household tends to have at least one decent baker. However, you can simply buy a cake if you don’t want to bake one. The “birthday cake” can also be a tart – in fact, it’s usually a typically Dutch pie known as a “vlaai”, with a fruit filling.

Birthday presents, on the other hand, aren’t as much of a requirement in the Netherlands. However, it is quite normal for guests to bring gifts, and when this happens, there’s a bit of a ceremonial aspect to the handing over of gifts, and also to the opening of them, which happens at the party, in front of all the guests.

Birthday celebrations in the workplace

Birthdays in the Netherlands are almost always celebrated at the workplace as well – and you need to take your own cake here too. Depending on how big your office or department is, you might need to take a lot of cake. On the whole, the celebration is similar to the one you have at home, with coffee, cake, birthday wishes, handshakes, and kisses, and with everyone sitting in a circle and chatting for a while. One difference is that gifts aren’t usually exchanged at the workplace, unless it’s a small company with a handful of employees who know each other really well.

If you have a school-going child in the Netherlands, birthdays mean more cake – not for your child, but for other people. It is traditional to send a birthday cake for the child’s classmates and teachers. People also send little treats known as “traktaties”, although many schools today don’t allow students to bring sweet foods to school, even for birthdays. If this is the case at your child’s school, you’ll need to find an alternative that the kids will enjoy.

As is clear by now, any birthday is a big deal in the Netherlands; however, a 50th birthday is even more important than any other, and comes with several of its own traditions. A woman who turns 50 is said to “see Sarah” and a man who turns 50 is said to “see Abraham”. This is a biblical reference of unknown origin, which has to do with the wise old couple Abraham and Sarah. For some reason, this reference has resonated enough within Dutch culture to be a standard for 50th birthdays across the country.

In any case, a 50th birthday tends to be a large celebration, especially when compared to the regular, staid Dutch birthday celebrations. For your 50th, your friends will typically get together to bake you a cake that is meant to look like you, but often with grossly exaggerated characteristics. Depending on your group of friends, these cakes can get rather inventive. Traditionally, family and friends may also create a similarly exaggerated, giant doll for your 50th birthday, and this will be prominently displayed in front of your house. These birthday dolls (also known as Abraham and Sarah dolls) can be bought at stores and modified to depict the person more accurately, but the most enthusiastic people put the whole thing together themselves.

Friends and family will also often write little songs and poems about the celebrant, and will sing or recite these at the party. These songs and poems are usually not too flattering, and typically talk about how the person is frail, feeble, forgetful, and worse. Some of these lines may even be printed and posted in front of your house and around the town. There’s no malice meant of course – it’s all good, affectionate fun – but it can get a bit embarrassing.

There is also a “half Abraham” and “half Sarah” tradition, which apparently is a popular 25th birthday celebration in some parts of the Netherlands, and where the ribbing can be a bit more intense!

Have you celebrated your birthday in the Netherlands? Let us know in the comments!