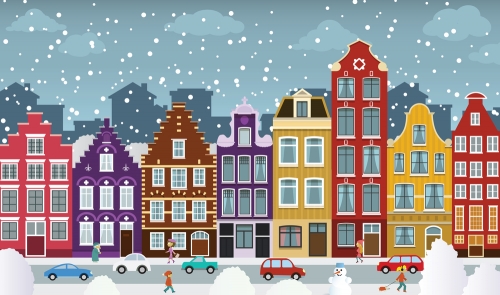 For expats who celebrate Christmas, being far away from friends and family can make the festivities feel somewhat muted, so it’s a good idea to create your own traditions in your new home. Here are ten ways to make the season special during your time in Amsterdam.

What better way to create a homely, holiday feel in your new country than to put a cheerfully-decorated Christmas tree in the window? Vendors can be spotted by the road-side at this time of year and garden centres such as Intratuin in the Watergraafsmeer district and Tuincentrum Ottenhof in Nieuw-West also stock specimens.In early January, Dutch people say goodbye to their trees at the giant bonfire on the Museumplein. If this all seems rather brutal, you can instead borrow your tree at from a tree adoption centre in Amsterdam West, and then return it after Christmas. As well as being kinder to the environment, this is a fun way to track the progress of your chosen tree.

Skating is hugely popular in the Netherlands and could be a key part of your induction to Dutch life. There are several rinks in Amsterdam, all serving hot drinks and snacks to creative a cosy, festive atmosphere. The largest rink is the Jaap Eden in Amsterdam Oost, but perhaps the most attractive is Ice Amsterdam on the Museumplein, which is set against the stunning backdrop of the 19th century Rijksmuseum. 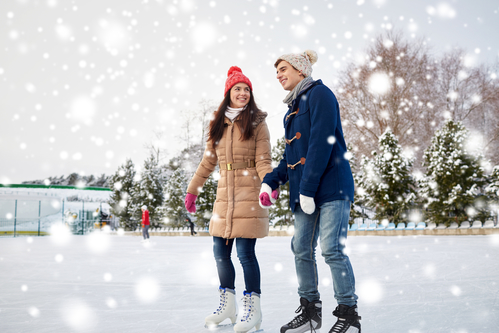 If you’re planning to stay in the Netherlands, you might like to invest in your own pair of skates. With a starting price of just €25, your new kit will not only make you look like a local, but you can also now skip the rental queue at the rink.

Go To A Christmas Concert

Is there anything more festive than an orchestra and choir? Amsterdam offers all the seasonal classical pieces in a huge range of venues. The Concertgebouw and the Muziekgebouw both stage Christmas concerts in the month of December, as does the jaw-droppingly ornate Sint Nicolaasbasiliek, opposite the city’s Central Station.

For a more intimate setting, visit one of the many churches in Amsterdam which also host special Christmas concerts. The Obrechtkerk, Parkkerk (now the Orgelpark), Westerkerk, Waalsekerk and Zuiderkerk are among those offering a choral celebration of Christmas, while the English Reformed Church also do a Carols by Candlelight service.

During the festive period, mobile kitchens appear around the city, wafting the aroma of freshly-cooked oliebollen to lure passing cyclists and pedestrians. These tasty doughnuts come with a variety of toppings and fillings and choosing is almost as fun as eating. Served in paper bags with a generous layer of snowy icing sugar, the added calories help keep spirits high and stave off the cold.

There is nowhere prettier to do your Christmas shopping than the festively-decorated Negen Straatjes, nine small streets between the Prinsengracht and the Singel in the city’s historical canal district.

For foodies, try the Kaaskamer cheese shop (Runstraat 7) or Pompadour (Huidenstraat 12), a pâtisserie and chocolaterie stocking many Dutch classics, where you can also stop for tea. A festive feast for the eyes and mouth, Chocolate and Nuts (Reestraat 26) sells dainty traditional treats and is also a good place to warm up with some of the best hot chocolate in town. 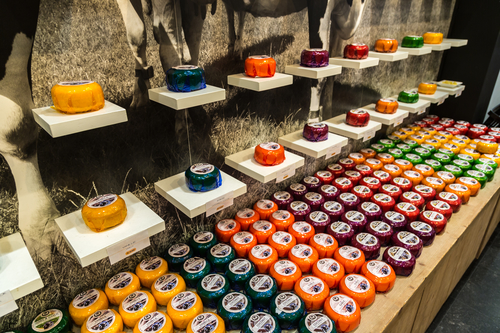 Wine connoisseurs will appreciate the carefully-chosen selection at the Wijnwinkel (Runstraat 23).

Boutiques abound, with plenty of quality clothing for men and women. For teens, check out the trendy jewellery at Beadies (Huidenstraat 6) or the Toms and Vans shops (Runstraat 13 and 19) for footwear and accessories.
Gift shops It’s a Present (Gasthuismolensteeg 4) and Ko (Wolvenstraat 9 + 11) are also worth a visit.

Cosy Up By The Fire

When you need to relax after all your Christmas shopping, snuggle up in one of Amsterdam’s many cosy bars with open fires. Try Café de Wetering (Weteringstraat 37) for a classic, unpretentious brown bar in a pretty part of town, or Hanneke’s Boom (Dijkgracht 4) for an urban, floating bar serving tasty food.

For more sophisticated lounging by the fire, head to the Lobby (Nes 49) for leather chairs, bookcases and candles, or blow the budget at the impeccably tasteful Dylan (Keizersgracht 384).

For the last two weeks in December, the RAI exhibition centre is transformed into a winter wonderland called the WinterParade, which embraces all things Christmas.

With the WinterParade’s food hall, Christmas market, wellness spa and cinema, there is plenty to see and do for all ages. For entertainment until late, get tickets for a club night at the beer village. Explore the fairground, go ice skating, roast marshmallows, and enjoy a circus and magic show at the theatre too, if you’ve time. Finish up by riding the 50-metre-high Ferris wheel and watching the whole spectacle from above.

One of the highlights of the festive season is the annual Licht Festival, a series of magnificent light installations along the Herengracht canal. As night falls, the canals are lit up with 35 stunning artworks, each year based on a different theme.

To make the most of the experience, book a boat ticket and enjoy the exhibition from the water. Each tour offers a different take on the experience, from mulled wine and blankets to fine dining.

Wander Around A Christmas Market

Soak up the Christmas atmosphere and bag a few gifts at one of Amsterdam’s Christmas markets. 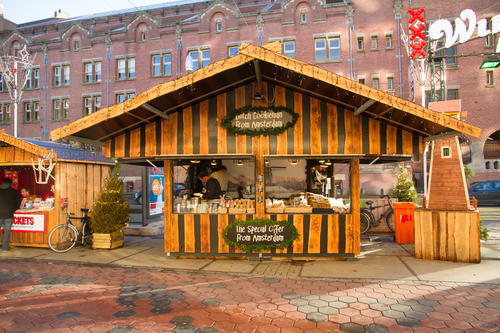 Pure Markt is a Sunday market which alternates between the Amstelpark, Park Frankandael and the Amsterdamse Bos. The majority of stalls are devoted to food, making these markets a very jolly – and tasty – affair in the lead up to Christmas.

Further afield, Haarlem is home to one of the most traditional and popular Christmas markets in the country. With around 300 different stalls, a live choir and a rumoured visit from Santa himself, this market will not disappoint.

Get Tickets To The World Christmas Circus

The 19th century Carré Theatre was originally built as a circus venue, and in the last two weeks of the year returns to its roots when the extraordinary Wereldkerstcircus comes to town. This annual spectacular features talented artists from all around the world and makes the perfect Christmas outing for all the family.

Clowns, jugglers, plumed horses and acrobats put on magnificent displays, while the audience watches in awe.

What are your favourite things to do in Amsterdam in the holiday season? Let us know in the comments below!