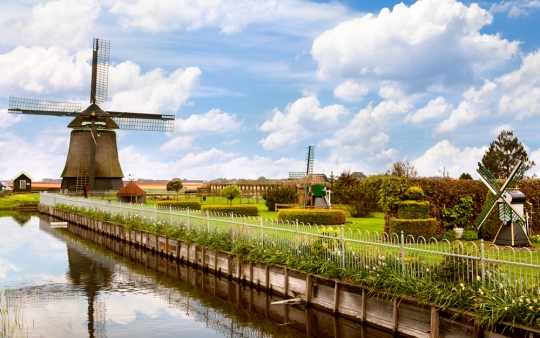 Building a life as an expat is always a challenge – and being transgender can make everything more complicated. Pulling up roots and migrating to a famously liberal place like the Netherlands is a dream for many trans people facing persecution and discrimination elsewhere. However, living that dream means grappling with the difficulties of the expat life in general and obstacles particular to trans people all at once. The Netherlands isn’t a challenge-free place for transgender expats, despite its reputation, and migrating there requires some care and forethought.

First and foremost, the Dutch immigration process is not simple or fast. If one isn’t migrating to the Netherlands from elsewhere in the European Union, one has to secure a long-term entry visa (known as an MVV) to enter the Netherlands with intent to remain, and further long-term residence documents after arrival.

One must also acquire a BSN (burgerservicenummer, or social services number) from local authorities to be legally employable and qualify for government services. Getting through immigration is often easier than collecting the various documents and making the multiple appointments at the nearest Gemeente (town hall) that getting a BSN requires, not least because of how difficult it is to make money in the Netherlands without one.

Landlords often discriminate against the unemployed, which expats necessarily are until they have their BSNs, so enduring this process often involves making friends and asking them for housing and employment leads.
For transgender expatriates, navigating bureaucracy is never fun. If possible, get your home-country documents to match your correct name and gender before acquiring your long-term entry visa. Amending documents from two countries, with one set being remote and the other designed to depend on it, is an involved and expensive process that is best avoided. Laws and bureaucratic procedures change regularly, so consult with the relevant government bodies to make sure your information is current.

Within the Netherlands, until recently, it was legally necessary to undergo hormone replacement therapy and gender confirmation surgery prior to changing any official gender marker. As of 2013, the only requirement is the assent of a medical professional that their patient is in fact transgender. This is a major step forward that reduces the length of time in which transgender people in the Netherlands must live with mismatched identification documents and which frees trans people to consider HRT and surgery on their merits, rather than as a necessary step toward legal recognition.

The Dutch medical system is a major surprise for many expats. Unlike the systems of nearby England and Germany, the socialized layer of Dutch healthcare is fairly small and basic, with most other functions covered by private, for-profit insurers. Dutch citizens and long-term residents face fines if they do not acquire a private health insurance policy, making the overall arrangement more reminiscent of the United States’s Patient Protection and Affordable Care Act (PPACA) than the largely socialised medical systems people expect from Western Europe.

Although transgender healthcare is available within the Netherlands, a shortage of providers means that waitlists are long. Trans patients are subject to ‘gatekeeping,’ and are forced to ‘prove’ that they are trans to the system’s satisfaction before getting coverage for hormones or surgery. Each round of examinations from doctors, psychologists and more can take months to work through and can lead to referrals to the next step.

However, once these hurdles are passed, some Dutch insurers will cover tracheal shaves, voice therapy, and other services considered elective in other countries. One particular nuisance for expats is that the Dutch medical system has a reputation for not acknowledging the progress trans migrants have already made, insisting that expat trans people who have already been on hormones for years or changed their home-country identity documents prove their ‘transness’ all over again before covering their hormones and surgeries. Being forced to pay for your own medication as well as the insurance that is refusing to cover it for years on end is a bitter pill to swallow.

The Netherlands was the first country in the world to allow legal same-sex marriage and remains a particularly liberal and permissive place even compared to its European neighbors. It allowed the change of gender markers as early as 1985, albeit with tight restrictions that have only recently been overturned, and transgender people are protected by the country’s expansive anti-discrimination laws. Acceptance and approval of gay and lesbian people is consistently at very high levels in surveys, upwards of 95 percent.

However, as is almost always the case, transgender people are not quite so lucky. Acceptance and approval of transgender people lags behind that of cis gay and lesbian people, with 10 percent of Dutch people interviewed voicing hostility towards them. Close to half of Dutch correspondents do not believe that transgender-related healthcare should be covered by insurance, considering it elective rather than lifesaving.

A majority of Dutch people are negatively disposed toward those whom they cannot easily identify as men or women, an attitude that especially harms non-binary people. These statistics help explain why trans people in the Netherlands suffer more stress-related mental health problems than other members of the LGBTQ community, even if they remain far ahead of many other countries. These attitudes also make it particularly important for transgender expats to have ‘friends on the inside’ who can help them navigate around potentially discriminatory hiring and housing situations.

Attitudes toward LGBTQ people in the Netherlands follow a geographic gradient. The cities of Amsterdam, Rotterdam and the Hague are well-known centers of Dutch LGBTQ culture. Other large cities, particularly in the Randstad region, are generally safe, albeit lacking in the cultural amenities that help LGBTQ people find each other.

Trans people are warned to avoid the rural areas in the southern and eastern parts of the Netherlands, which are the country’s ‘Bible Belt’ and home to a high proportion of conservative Christians, many of whom may be hostile to gender and sexual minorities.

It is worth noting that the small but growing Muslim community in the Netherlands, concentrated in its major cities, consistently polls as being less accepting of LGBTQ people than the Dutch public at large. Conservative Muslims have been involved in recent high-profile incidents of violence against Dutch LGBTQ people. However, the most recent generations of Muslims, Christians, and nonreligious people alike are more accepting of gender-variant people than their predecessors, indicating an ongoing change for the better. In the meantime, in the Netherlands as everywhere else, transgender people have reason to be cautious around members of conservative religious sects and anywhere such people feel powerful.

The Netherlands has a lot to offer transgender expatriates. As the archetypal LGBTQ-accepting country, few places can claim to provide the welcome to transgender folks that the Netherlands does. However, it’s important to go into any adventure as significant as changing countries with open eyes. Migrating is difficult, and being trans makes it harder. Escaping less trans-friendly countries such as the United States or United Kingdom for the comparatively supportive Netherlands is a life goal for many of us, but comes with challenges one must be ready to face.