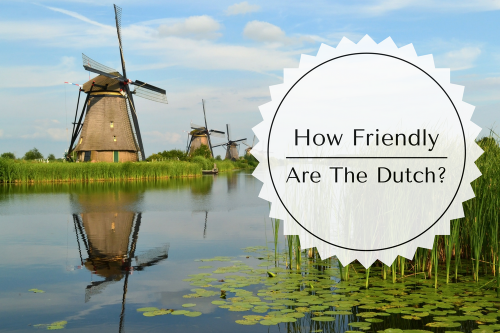 The Netherlands has for a long time been one of the more desirable expat locations in the world. The fact that so many people want to live here isn’t surprising – this small European country has among the highest per capita incomes in the world and is widely acknowledged to be one of the freest, most tolerant and liberal places to live in.The country was probably the first in the world to legalize same-sex marriage; it has one of the oldest progressive drug policies in the world, with a focus on reducing usage, harm, and public nuisance, rather than on punishment and incarceration; and abortion, euthanasia, and prostitution have been legal here for many years, with overall results that have been extremely encouraging. Along with and in spite of this deep respect for the individual, the Dutch also have a strong sense of community and social responsibility.

Thanks to these and other factors, life expectancy in the Netherlands is among the highest in the world, and the United Nations’ World Happiness Report puts the country in seventh place. Among expats too, the Netherlands scores very well, coming in at 12th place in HSBC’s Expat Explorer report last year. This small, densely populated country is home to more than 200,000 expats, most of whom are located in the capital city of Amsterdam, where an estimated 13% of the population consists of expats. There are also sizable numbers of expats in Rotterdam, which is the home of Europe’s largest port, and in The Hague, which is where the Dutch national government, parliament, and Supreme Court are located.

On the other hand, one complaint that you will hear surprisingly often is that the Netherlands is a difficult place for expats when it comes to making friends and integrating into the local community.

Expat experiences in the Netherlands

Although most expats are happy with the quality of their lives in the Netherlands, there is a considerable amount of agreement regarding the fact that making friends with Dutch people is difficult. It’s not that this is unheard of in other countries – making friends with locals is always a challenge, for expats anywhere in the world. However, the frequency with which you will hear this complaint and the degree of difficulty that expats experience seem to indicate that the Netherlands presents some exceptional challenges in this area.

Even long-term, culturally open expats in the Netherlands – people who have been in the country for more than ten years, and who have tried hard to soak in the local culture and integrate with the local people – will tell you that they have managed to make only a few Dutch friends. Most end up making friends with other expats, even though they are more than open to friendships with locals. A common perception among the expat community is that the Dutch are blunt and rude, and are unwilling to engage beyond a point. According to them, there is a superficial warmth and pleasantness, but you will almost never be invited, let alone accepted, into a Dutch colleague or acquaintance’s circle of friends and family.

Especially during the first year or two in the country, this can make for an extremely lonely time, especially for expats who are outgoing and eager to meet people and form relationships. Most eventually manage to connect with other expats and also to form closer relationships with a few Dutch people. However, there’s usually a sense of disappointment about not being able to integrate and settle in more fully.

Surveys and studies seem to back this up. The HSBC Expat Explorer report of 2015, for example, shows that although the overall ranking of the Netherlands is excellent, in the “Experience league”, which looks at quality of life as well as factors like ease of integration and setting up a life, the country comes in at a very poor 29, far behind even countries like Bahrain, Mexico, and Japan. This ranking is based on a set of rather diverse factors, so drawing conclusions is a bit tricky; however, over the years, the majority of respondents to HSBC’s survey have repeatedly said that they don’t find it easy to make friends and that both the language barrier and the culture make integration difficult.

Reasons why the Dutch seem unfriendly

At a superficial analysis, it might be assumed that the Dutch don’t like foreigners and are a cold and unfriendly lot. However, when you look a little closer, the real picture is different. To return to the Expat Explorer report, for example: the Netherlands ranked fifth as a country where people were willing to embrace diversity in the workplace, and came in fifth in the “Family league”, which looked at factors like relationships and the ease with which children integrated and formed friendships. While expats almost unanimously say that they have very few Dutch friends, the few friendships that they do have tend to be among their deepest, most lasting ones.

The Dutch will frequently smile at strangers in the street or the elevator, will strike up conversations with strangers at bus stops and bars, and are almost always eager to help someone in need, regardless of who you are and where you’re from. Deeper relationships however require considerably more time and effort, and most Dutch people already have such a strong, close network of friends and family that they’re unlikely to put in that time and effort themselves. Their existing relationships are usually ones that they have nurtured all their lives, and new relationships that are more than superficial are rare in adulthood. By most accounts, the Dutch tend to be happiest with a small circle of friends, and are usually unwilling to expand this circle, whether to include expats or other locals.

To some extent, the Dutch bluntness is also what throws expats off. Although on the one hand there is a certain reticence about the Dutch, on the other hand, they are extremely forthcoming in many matters, even with strangers. If you’re talking to a Dutch person, opinions will be offered freely and in a manner that’s much less sugarcoated than most non-Dutch people are used to. For people who are used to politely leaving things unsaid or sheltering under euphemisms, this can be rather off-putting. Many expats in the Netherlands are unable to tell how the local they are talking to feels about them – perhaps the tone of the conversation means that the person would rather be left alone?

Another part of the problem for expats is the language barrier – the Dutch language can be quite difficult for some people to learn. English speakers in particular seem to have a tough time developing fluency in it, and although there are many languages that are much more difficult, the fact that English is fairly widely spoken, especially in the professional world, leads many expats to give up before they’ve gotten very far. While this rarely poses a problem in work and business scenarios, it can add a layer of difficulty when trying to form personal relationships.

Tips for making friends in the Netherlands

Clearly then, the Dutch aren’t unfriendly, but they can be difficult to get close to. If you’ve been in the Netherlands for many years and have only a handful of local friends, don’t take it too personally. Try to put things in perspective and cherish the few Dutch friends you have. And if you’re new to the country and are struggling to settle in, here are a few tips that will hopefully help.

Learn Dutch. This is the first and most basic thing you need to do. Speaking to a local in their own language always helps them open up and form relationships more quickly. Most Dutch people are fairly fluent in English, and you might think that that’s a better choice of language than struggling with your broken Dutch. However, even broken Dutch is better than no Dutch. You needn’t try to speak Dutch all the time unless you want to, but even a few words and phrases will help your relationships along.

Make an effort yourself. Most Dutch people are happy with their small, lifelong circle of close friends and family, and are unlikely to invite you to participate in their lives until much, much later. However, this shouldn’t stop you from making an effort yourself. If you find people whose company you enjoy, try to spend more time with them – invite them for the occasional dinner or Sunday lunch, include them in birthday plans and other celebrations, meet up for a drink or to watch a game.

Be patient. Even if you go out and try to make friends, remember that it will take a long time for the relationship to move from the level of friendly acquaintances to actual friends. In the meantime, don’t get impatient, don’t be disappointed, and don’t give up. In addition, keep in mind the cultural differences, and don’t see rudeness where there is none or imagine that you are disliked because your attempts at friendship are not being reciprocated. Worst of all, don’t assume that you are unwelcome because you are a foreigner. You are in fact very welcome in the Netherlands, and are only marginally less likely to make new friends at your age than a Dutch local would be.

Fill in the gaps with other expats. Like we said earlier, there are plenty of expats in the Netherlands, especially in Amsterdam, Rotterdam, and The Hague. (To some extent, even the smaller cities like Utrecht are now attracting more and more expats.) As a result, there are plenty of non-Dutch people to meet and make friends with. The locals may not need more people in their lives, but you probably do, and there are other expats just like you. Join an expat club, find out where the expat hangouts in your city are, and go out and meet people. Most expats in the Netherlands are eager to meet other expats, especially ones from their own countries.

Don’t call their country Holland. Most Dutch people are unlikely to eschew your friendship simply because of this one faux pas, but it’s best not to annoy the locals by calling their country by the wrong name. Holland is only one part of the Netherlands, and it no longer even officially exists as a province. Instead, there are now the Dutch provinces of North Holland and South Holland, which more or less correspond with the region traditionally known as Holland. In a way, calling the entire country Holland erases the existence, or at least the importance, of the rest of the country. People from the other regions and provinces can be sensitive about this issue, and may well take it upon themselves to correct you. This could be a little embarrassing, but then again, who knows – it may just be the start of a friendship.