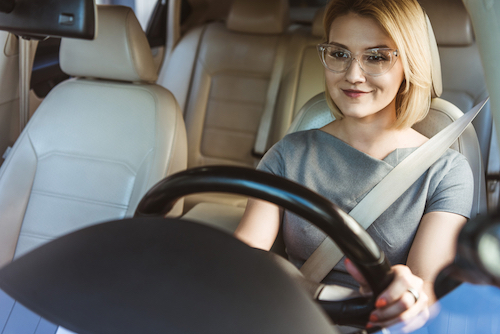 Famed for its vast population of cyclists, Amsterdam has been at the forefront of green technology for many years. Recently, the Dutch capital’s city council decided to elevate their eco-credentials further, announcing plans to phase out petrol and diesel cars, leaving only electric vehicles in the city centre by 2030.The motivation behind the proposed ban is driven by a desire to reduce air pollution in Amsterdam and consequently increase the life expectancy of its residents by up to one year (or an average of three months per person).

How Does The Government Intend To Tackle Emissions For The Benefit Of All?

The Dutch government’s approach can be summed up in four key points:

• They have put a huge focus on prevention as this is ultimately cheaper than trying to combat the effects of pollution;
• They are trying to keep their goals achievable by tackling emissions from traffic, woodburning stoves and generators first and foremost;
• The government are dealing with the city centre first as this has the densest pollution and poorest air quality. Their focus will shift once an area has achieved zero-emissions traffic;
• Starting with a focus on corporate traffic before moving to private residential means the officials will be tackling a higher percentage of the daily traffic right from the start.

What Should Expats Be Aware Of?

The ban, if it goes ahead, is not going to affect all petrol and diesel motors immediately. Instead, the intention is to implement a gradual phasing out of pollutant vehicles, starting in 2020 with a ban on diesel cars that are more than 15 years old. Before it becomes a reality, the ban, which is part of the Clean Air Action Plan (Actieplan Schone Lucht), will be debated by the entire Amsterdam city council and subsequently opened up to public opinion. Only then will the plans start to be put into action.

By 2022, public transport vehicles south of Central Station will need to be emission-free, while the first evaluation of the huge eco-project will take place in this year too. By 2025, the area within the A10 will become entirely emission-fee, meaning taxis, mopeds, buses, coaches and even boats must all be electric. By the end of the scheme, in 2030, all vehicles powered by petrol or diesel will be banned from the city centre.

How Will This Affect Expats?

Expats already living in Amsterdam will be required to follow the same laws as other residents, although, as stated above, there is no need to panic as the phase-out is gradual and there will be plenty of time to switch vehicles. Additionally, the Dutch government plans to offer assistance and incentives for those taking up the emission-free way of life, including subsidies, exemptions and parking permits.

Residents who buy an electric vehicle can apply to have a charging station installed in their neighbourhood and, depending on supply and demand, the government will provide these extra charging points. Electric car drivers will also have priority for parking and loading spaces, which is a huge incentive in the busy city centre. However, the capital will have to work quickly to increase the number of electric charging ports if residents react promptly to the new changes – there are currently only 3,000 in Amsterdam and the Guardian estimates that this will need to increase to anything from 16,000 to 23,000 by 2025 if the project is to be viable.

Those planning to move to the Netherlands in the next couple of years may find it worthwhile to research electric vehicles if not trade in before moving. However, with the electric car market set to grow rapidly, it may well be worth holding off on a purchase until you are based in Amsterdam. Pre-owned electric vehicles will soon become much more widely available and, as a consequence, a lot more competitively priced.

How Will Public Transport Be Affected?

Amsterdam already utilises green technology in its public transport system – the trams run on energy generated from waste, for example. The long-term plan aims to expand on this ethos, with buses being replaced by electric models as soon as 2020.

More than 30 new battery-powered buses have been purchased by GVB, a local transport company, who plan to launch them next year. The buses were bought in December 2018 with the option of adding a further 69 vehicles to the zero-emissions fleet in the future. The new vehicles will be servicing the city routes 15, 22 and 36, and it is estimated that on these lines alone, buses drive 42,000 km every week, meaning the move to zero-emissions will save more than 500 tonnes of CO2 every year. Electric buses are also quieter than their petrol and diesel counterparts, meaning noise pollution will reduce in the neighbourhoods of Amsterdam.

Amsterdam is paving the way for other European cities to reduce their own carbon footprints and this can only be a positive. More electric cars on the road mean less pollution, which is not only great for residents but also good for the planet. Taking responsibility for their own pollution is making Amsterdam an excellent model for other cities to follow and sets a positive example to the next generations, for whom the effects of climate change may well be more dramatic.