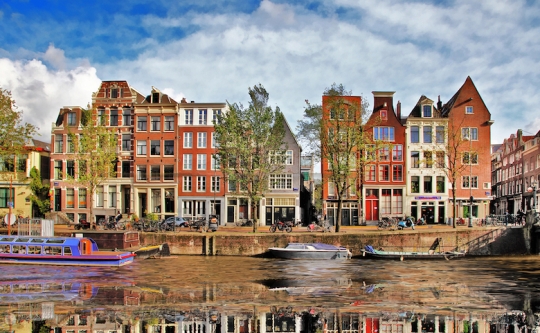 It’s no news to anyone that corporate Europe is in turmoil at present as a consequence of the UK’s decision to pull out of the European Union as well as the growing uncertainty around when Brexit will happen. But why are so many companies moving to the Netherlands? Which countries are they relocating from? And what options are available to you, if your company is one of them?Panasonic, Bloomberg and Sony are just some of the big corporations planning on a move to the Netherlands. This is primarily as a result of Brexit, although Panasonic and Sony have said that their UK operations will remain the same, it’s only their HQs which are moving. These are just a few of the 250 companies who have apparently told the Dutch government they are planning to relocate from the UK to a Dutch base. In February 2019, the Dutch calculated that they have gained around 1,900 jobs from companies exiting Britain so far.

Banks and broadcasting companies are two of the kinds of business that need to have a foothold in the EU if they’re going to do business with it, as a result of licensing. This means that companies such as the investment bank Norinchukin, global content company TVT Media, maritime insurer UK P&I Club, financial services providers MarketAxess and Azimo are all moving their base of operations to Amsterdam. The BBC, meanwhile, is considering setting up an EU base in Brussels – if it doesn’t, then its license will no longer allow it to broadcast throughout Europe. It’s also considering the Netherlands, Ireland and Belgium, all of which are on the new ‘favoured nation’ list for UK companies seeking post-Brexit alternatives.

Prime Minister Theresa May sought to include broadcasting companies in a free trade agreement, but this has not been greeted with open arms due to the UK’s current dominance in the industry. In a letter to a concerned group, French president Macron stated:

“France has consistently defended the exclusion of audio-visual services from free trade agreements. This is an essential issue, which concerns the protection of cultural diversity. Our country has made it a major point in every trade negotiation. It has thus obtained, in all the free trade agreements the EU has concluded, the exclusion of audio-visual services.”

This means that the BBC must now seek, at the very least, a satellite uplink in a member state. It’s joined, among others, by British online sports channel DAZN, which is planning to open a development centre in Amsterdam. However, it’s not just broadcasting and financial services who are planning to move. The Dutch Economic Affairs Ministry says that they’re also talking to: “companies in media and advertising, life sciences and health and logistics.”

The European Medicines Agency, for instance, is moving 900 staff from London to the Netherlands by the end of 2019 and is already operating out of temporary premises in Amsterdam.

In a report on the issue written in February, the Guardian newspaper said: “The number of companies relocating to an EU member state is expected to grow. Both the Institute of Directors and the Confederation of British industry said recently that businesses needed certainty and visibility for investment and could not ride out the political uncertainty.”

France is also enticing companies across the Channel, hosting an investment summit for some 140 companies with a British base, including Siemens and Google.

However, Brexit is not the only reason companies favour the Netherlands. As far back as the 2000s, companies were looking at the country with an appraising eye, due to the status of Dutch corporate taxes. A decade ago, the US wanted to place the Netherlands on a list of ‘tax havens’ which would mean that it would become harder for American companies to have Dutch subsidiaries. The Netherlands insisted it wasn’t a tax haven as such and talked the US government out of putting it on such a list – but the fact remains that it does allow big companies such as Google and IKEA to move profits through Dutch subsidiaries and thus take advantage of the favourable rates of Dutch corporate taxes. In 2017, the University of Amsterdam conducted a survey which showed that the Netherlands was a conduit for 23% of corporate taxes ending up in an actual tax haven.

In 2014, Roel Spee from IBM Global Business Services noted that: “the Netherlands has a number of strengths, including its central geographic location, excellent infrastructure and strong workforce. The personnel are very competitive within a Western European context.”
In addition to this, the English-language abilities of the Dutch are also high, which makes relocating a little more reassuring.

Overall, Brexit plus the corporate tax rate make the Netherlands an attractive destination for a lot of companies, whether they are British corporations themselves or American or Asian companies seeking to restructure to retain that crucial EU foothold.

So what are your options as a British employee of one of these companies? Obviously, you need to check out the precise situation of your company with your employers; moving HQ does not necessarily mean a shift of the entire operation. Your situation will also depend your job; highly skilled, specialised workers may be asked to relocate rather than being made redundant. In that case, you’ll have to consider whether you’re prepared to move to the Netherlands – a country that does have a great deal going for it in terms of standards of living, culture and friendliness. Businesses are being advised to liaise with specialist consultancies in relocation, payroll and accountancy services to avoid as much disruption as possible.

If you choose to follow your employers and you’re not already in residence in the country, you’ll need a residence permit. The ind.nl website outlines the details, including the application procedure, but ideally your employer will apply for a Single Permit for you, allowing you to stay and work in the Netherlands.

Have you lived in the Netherlands? Share your experiences in the comments below, or answer the questions here to be featured in an interview!