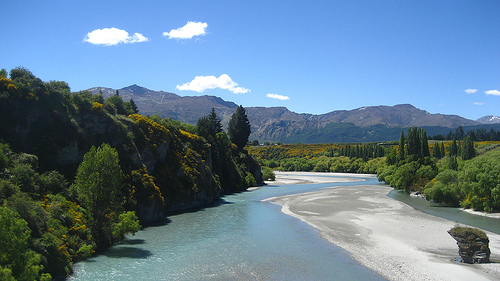 New Zealand has been one of the most popular expat destinations for many years now, especially for students and retirees. It attracts many visitors because of its scenic beauty, modern infrastructure, work-life balance and high standard of living. The pace of life in this country is quite moderate and the residents actually find the time to pursue their hobbies or simply relax with their families.The cost of living in New Zealand is more or less on a par with the UK and Australia. Moreover, the people are very friendly, which is why most expats find it easy to make friends and settle down in this country.

However, every place has its positive and negative aspects and some people may find it difficult to adjust. Here are five things you may not have considered about living in New Zealand.

The job market in this country is relatively small and most of the positions don’t pay very well. In fact, the average salary across New Zealand is approximately 30% lower than the UK. Many of the industries aren’t fully developed, which is why many locals move to the US, UK, Canada and Australia for better career prospects. Moreover, organizations in New Zealand often hire professionals from other countries, believing they possess special skills or education. Since the population is quite low, opening up a new business could also be a risky venture. It is therefore essential for an expat to secure a job in this country before deciding to make the move.

Poor connectivity with other countries

Geographically, New Zealand is situated quite far away from other places, which makes traveling more expensive and time consuming. Moreover, this country is actually an island, so the only way to get off of it is by air or boat.

Australia, the country closest to New Zealand is situated around 4,155 kilometers (2,581.8 Miles) away and it would take you more than 3 hours to get there on a plane.

Getting to the US by air generally takes between 13 and 18 hours, depending on your destination.

Flying to Europe takes much longer. On average, a flight from New Zealand to London takes at least 23 hours. Considering that the distances are great, the costs for traveling are also likely to be very high.

Limited & expensive options for eating out

Those who plan to prepare their own meals on a daily basis won’t find a reason to complain but if you are in the habit of eating out regularly, you may be in for a bit of a disappointment. In general, food at supermarkets and grocery stores in New Zealand is relatively reasonable. However, most of the bars, restaurants, cafes and clubs are on the expensive side.

Unfortunately, the public transport system in New Zealand isn’t very well developed, and therefore most people have to use their private cars to get from one place to another.

People in New Zealand drive on the left side of the road and the steering wheels are placed on the right side of the car. Most Brits therefore have less trouble driving in this country. However, people from the US find this very confusing, as it is completely the opposite of what they are used to. In fact, American pedestrians often find it difficult to cross roads in New Zealand, at least in the beginning.

New Zealand is also full of hilly, winding, and/or narrow roads. Your journey could therefore take much longer than you expect.

Houses in New Zealand aren’t insulated the way they are in the US or Canada. Most homes have only wall-mounted heaters and rooms can get chilly when these are turned off. Those who are not used to the cold have to wear several layers indoors or keep the heater on all the time, which could run up a huge heating bill.