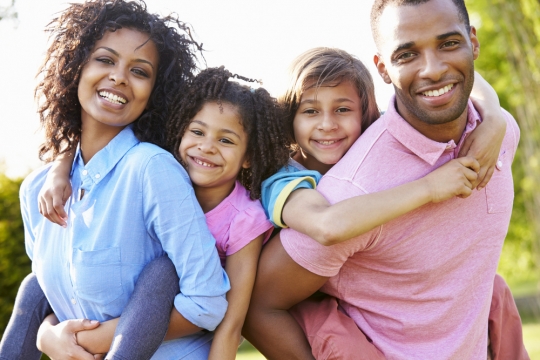 Packing up your belongings and trading in a world of familiarity for an unknown adventure is exciting, but can also be emotionally-complicated – especially when it comes to relocating your family. However, New Zealand is a great place to start a new chapter.Regularly voted as one of the best places in the world to live by the HSBC Expat Explorer Survey, New Zealand has managed to hold its rankings at the top of the list for the past few years. In 2014, New Zealand was voted first place, which it held until 2017 when it came in third.

Weather can be a huge deciding factor when it comes to relocating, and depending on the region you want to live in, you could be facing sun, snow and sometimes even earthquakes – so there are plenty of things to consider when choosing the best area for you and your family to relocate to.

New Zealand has three official languages: English, New Zealand Sign Language and Maori. However, New Zealand is predominantly an English-speaking country, so the good news is that you and your family won’t be facing a language barrier upon arrival.

Which region will be best for you to relocate to will depend on what you’re looking for. There are plenty of areas in the country which have something for everyone. Elements you might want to consider include housing, employment opportunities, education choices and fun family activities.

Which of these regions is the best option for your family? We’ve narrowed it down to the regions which offer the most, in terms of opportunity, safety and recreational activities.

In 2018, more than 50 global cities were surveyed by Deutsche Bank to find the city with the best quality of life. Wellington was voted as 2018’s winner and it’s easy to see why. Wellington may be the windiest option, but the region has an abundance of regional parks, forests, hiking trails and camping spots which span a whopping 813,005 hectares. In addition, there are more than 100 playgrounds and parks, meaning that when it comes to enjoying the outdoors, Wellington has plenty to offer.

There are around 496,000 people who live in the capital of New Zealand, which means the housing market there is incredibly stable. As a result, property does not come cheap, with the average price for a house starting at $500,000.

The prices in which you pay for property will vary depending on the area. For example, Aro Valley, a lively area which provides round-the-clock entertainment, can be more affordable, with apartments popping up on property listings for as low as $200,000.

The most family friendly area in Wellington would have to be Johnsonville — a popular choice due to the plethora of good schools, public transport links and outdoor amenities available in the area.

With the Canterbury plains and Pacific waters surrounding it, Christchurch is an area of natural beauty. However, it also comes with the occasional risk. Due to its proximity to the Pacific ‘Ring of Fire’, it is susceptible to volcanic and seismic activity. The last earthquake in Christchurch which had a significant magnitude was in February 2011. Since then, the city has been rebuilding into a vibrant, creative space with plenty of opportunities.

Property is a sought-after commodity across New Zealand, which can impede your relocation options. However, if you have chosen Christchurch to relocate to then the most family-friendly area has to be Sumner. With its beachside location and short distance to the city centre, it offers the best of coastal and city life.

There are more than 150 schools in the Christchurch area, which means you’ll have plenty of choices for your children. However, it’s important to remember that New Zealand operates on a catchment area, so if a particular school is important to you, you’ll need to live nearby.

Situated on a narrow strip of land surrounded by harbours and natural beauty is Auckland. However, gorgeous beaches and landscapes aren’t all the region has to offer. New Zealand has one of the lowest unemployment rates, and due to the high standard of living and the financial opportunities, Auckland is particularly attractive to those looking to emigrate.

There are an abundance of places within Auckland you can choose to live, but it’s important to remember that rush hour is a problem in this city, so be sure to consider congestion when choosing a place to call home. If you use SKYCITY (Auckland’s Sky Tower) as a centre point, and draw a 5-10 km circumference around it, those will be the areas where congestion is at its heaviest.

The eastern suburbs of Pakuranga, Howick and Panmure are the most family friendly areas in Auckland.

Between the ages of six and 16, children are legally required to attend school, and the schools in New Zealand take both an academic and a vocational approach. Schools are zoned, so if you have a school in mind you’ll need to ensure that you’re in its geographical catchment area. However, it’s worth bearing in mind that Auckland has more than 500 schools, so there will never be a shortage to choose from!

When it comes to embracing your downtime, Auckland has plenty of recreational activities to choose from. Those who like the outdoors will be excited to learn that you’ll never be further than 128 km from water or natural beauty in Auckland. If the great outdoors isn’t your thing, then Auckland has you covered with an abundance of dancing, dining, fitness and entertainment venues. The local wine is pretty infamous too… So there will be plenty to sample when you let your hair down on a Friday night!

Have you lived in New Zealand? Share your experiences in the comments below, or answer the questions here to be featured in an interview!