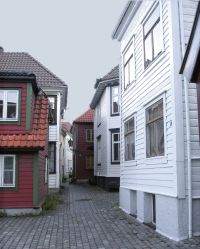 It is almost a given that one of the leading Scandinavian cities, be it Stockholm or Oslo, will always have a place on those hotly debated annual lists of the world’s “most livable” cities.

These cities’ ongoing technological innovation; their attempts at housing disparate cultures all under the same roof; and their bountiful possibilities for self-improvement have raised them to the “global city” status that almost guarantee them a sizable expat population for years to come.

However, it is this very popularity and centrality to global affairs that can paradoxically be their undoing. Life in Oslo can come with many of the same inconveniences that often plague life in the commercial, financial and media hubs of any given country.The city’s unparalleled human growth – it is one of the fastest growing cities in Europe – are on one hand a boon for business, but can also lead to a situation in which the infrastructure of the city cannot keep pace with this rapid acceleration, and in which those who are mentally unprepared for rapid socio-economic change (do a web search for Anders Breivik for one worst-case scenario) can cause serious havoc. This eventually leads to a price tag that many will find untenable, and indeed Oslo is among the world’s most expensive cities in all those journals whose reportage on this matter is respected.

In the larger nations, seeking refuge in a nation’s ‘second city’ may not always offer the solace that critics of the ‘first city’ are after, especially in the United States: it can’t be said, with a straight face, that competitors like Los Angeles or Chicago represent that much of a lower-cost or lower-stress alternative to New York City, for example. However, Norway’s 2nd most populous city of Bergen already differs from Oslo in having just a fraction of the latter’s population (compare Bergen’s 269,000 to Oslo’s 1.5 million). Professionals here enjoy many of the perks that they would elsewhere in Norway – such as vacation time that is certainly in excess of what can be expected in the U.S. – but also enjoy negligible commute times (one survey has at least 40% of the city’s population foregoing vehicular transportation altogether and walking to their workplace).

Bergen’s coastal positioning gives it a reliable connection to the various maritime industries, whether that is shipping or providing ports for European cruise ships. Owing partially to its busy ports, hoteliers and expatriates with the wherewithal to enter the hospitality business can always count on having their hands full here. The city’s hotels do a brisk trade thanks both to area tourism and to the business conferences that are regularly held in the city.

Though this is obviously a subjective and not scientific opinion, one recent report praises Bergen residents or Bergensere as “handsome, well-fed citizens who work in designer offices or high-tech fishing vessels, relax in art galleries and theatres, and enjoy pristine scenery”. Near-total employment in the area – similar to the nation’s own commendable 3% unemployment – might present a challenge for ‘raw recruits’ looking to begin their careers in Bergen, yet seasoned investors and innovators should not be scared off by this. The locals are also associated with a greater-than-average civic pride where Norway is concerned (reportedly identifying themselves as “from Bergen” when they are asked, whereas even Oslo residents may say “from Norway” instead).

Perhaps because of the reasons mentioned just now, Bergen is known as the “summer” destination of many Norwegians, and this season is when the Bergensere really come to life. Bergen’s restaurateurs can hold their own with the capitals of Europe: eateries like Søtt og Salt provide intimate fine dining, and the city is particularly well-stocked for cafés (coffee with a sandwich, Panini etc. being a specialty of local favorites like Bastant on Lille Øvregaten).

There is likewise a full menu of expat-friendly entertainment and recreation options available in the city. If you are worried about sacrificing too much ‘internationalism’ by moving to Bergen rather than Oslo, you can at least take comfort in the Bergen International Film Festival that regularly screens at Bergen Kino on Neumanns Gate.

Meanwhile, for those with children, there should also be no problem finding activities in the city for them: the hands-on exhibits at the VilVite Science Museum, for example, cater to inquisitive kids. The Fløibanen Funicular is another great family option, offering amazing overhead views of the city, and also testifying to the fact that the natural world is never too far from Bergen’s urban core. The Tyskebryggen or German Wharf area, known for its traditional wooden houses, also provides a fine setting for leisurely strolls.