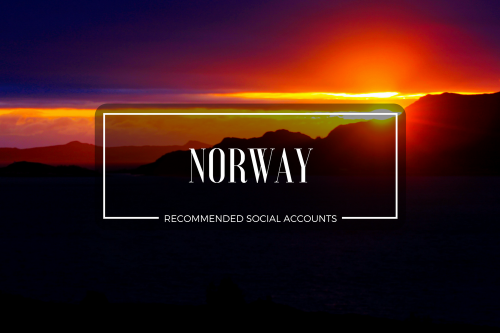 At Expat Focus, we like to be on the lookout for resources around the web that could help prospective expats adjust to their new countries. Today, we’re taking a look at Norway and some of the social media accounts you should be following if you’re thinking of moving there.Norway Expats
Facebook Group

Created to assist and support new and more seasoned expats before and during their life in Norway. The associated blog is filled with valuable information on everything from visas to what to bring and the cost of living to what not to bring, other queries are likely easily answered by some of the twelve hundred group members. With regular invites popping up and a series of smaller more localised groups being created you are sure to find an expat connection in your neighbourhood.

Expats and locals are welcome in this group and although English is the preferred language you are free to use another language in order to express yourself fully. Questions are welcomed and you will find a range of honest answers about the realities of living and working in Trondheim as well as further afield. A friendly local group just brimming with all the local insider knowledge expats need.

American born Diane is a self confessed extrovert with a fascination for people and the ever changing world around her. With a feed full of a mix of love for her two home countries, her family and plenty in-between, you can really see life through her eyes. Oslo is her current home and she never tires of exploring the city and introducing her friends and followers to it’s beauty.

German polyglot Sonja tweets in four languages thanks to her expat upbringing. Now a resident of the Southern Norwegian coastal city of Sandefjord where she teaches psychology, German and theory of knowledge, her tweets are an eclectic mix of her varied interests and stunning snapshots of her expat life.

British writer David has lived in Norway since 2011. Whilst his blog has a wealth of information for any visitor or new expat to Norway his tweets are more representative of the man himself. You will also find useful links to other expats and bloggers in Scandinavia, with hints, tips and tricks for travelling and settling abroad. Based in Trondheim, he enjoys getting out and exploring his new home country and of course sharing his findings with his followers.

We’re always on the lookout for more accounts to feature – if you write about living in Norway on social media, leave us a link in the comments and we’ll take a look!

Would you like to share your experience of life abroad with other expats? Fill in the questions here to be featured in an interview!