Home » Oman » Moving » What Might Oman’s Freezing Of Expat Visas Mean For You?

What Might Oman’s Freezing Of Expat Visas Mean For You? 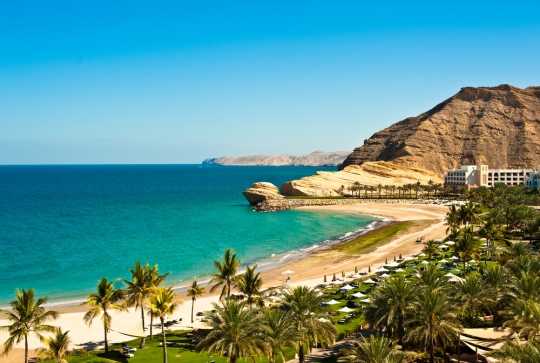 In recent years, the Gulf states have been an oasis of expat jobs in the Middle East. Saudi Arabia, the Emirates, Oman and Yemen have transformed themselves from hostile deserts to business hotspots, drawing in the world’s top talent with generous remuneration packages.Huge numbers of expats settled in Gulf states, making themselves an integral part of various industries and the economy. Now though, the dust seems to be settling on the expat boom as restrictions come into effect to limit the migrant presence in these growing economies.

Saudi Arabia is now launching a concerted campaign to get its own citizens into skilled and technical jobs that were once dominated by expats. Middle management, IT, telecoms and media are all seeing an influx of a new generation of Saudi workers. Although the Kingdom is still recruiting expats, there is a vastly increased competition for available jobs and Saudi people have first claim on positions over international workers. Further, employers are expected to pay a tax on every expat they employ.

In January of 2018, the Omani government announced restrictions on employing expats in 10 sectors of the economy, including media, IT, marketing, insurance and aviation. The legislation was essentially a six-month ban on hiring international workers in these named industries, with a list of 87 job types specifically banned. Graphic designers, computer engineer, media specialists and air traffic controllers are all specifically limited by the ban.

The new rules have been prompted by a rise in unemployment thanks to the slumping price of oil, a key commodity to Oman’s economy. Unemployment rates rose to almost 17 percent in 2017, a trend the government is keen to curb. It’s hoped that the measures will also help diversify the economy and the skills of homegrown talent.

Although the cap does not stop businesses from replacing expat workers who resign by employing other international workers, it does mean that visas won’t be issued to expats for new roles.

This ban has now been extended for another six months, carrying the measure through to the end of 2018. It is possible that these ‘temporary’ measures may be extended multiple times.

The Omani ministry of manpower stated that the extension to these restrictions gave “private companies more time to create vacancies for Omanis who are out of work”. Currently, expats make up more than 70 percent of the private workforce in the country, meaning there are about 1.8 million international workers in the job market.

Unemployment amongst Oman people has been high for a number of years and the government has publicly committed to getting more local workers into the workforce; a process dubbed ‘Omanisation’. Announced in October 2017, the government pledged to create 25,000 new jobs, with 60 percent of those being in the public sector where Omani people already make up 90 percent of the workforce. In addition to restrictions on hiring expats, the private sector has been incentivised to hire local manpower.

The public sector has been the employer of choice for Omani working people, says Harith Al Maimani, a manpower consultant. “Private companies are not serious in the implementation of the Omanisation process,” Al Maimani told the National. He suggested that high rates of pay in government jobs have traditionally made it difficult for private employers to attract Omanis, requiring a change in mindset by employers. “It is not a good excuse to say that the civil service pays better and that is the reason why the private sector cannot compete.”

Businesses haven’t been overly excited by the measures, with concerns about finding the right talent. “Expats are important to our country’s growth, especially in newer sectors such as renewable energy where we cannot get qualified employees,” Nasser Al Maqbali of MENA HR Solutions told Arabian Business. He said, “Clients are coming to us and they are finding it very difficult [to hire]. And there are times when we can’t do anything for them.”

Due to the long-running expat dominance of the private sector, there is a lack of experienced local talent to fill the jobs in expanding sectors. David Mackenzie, managing director of recruiting agency Mackenzie Jones says this factor is affecting businesses and Omani people alike. “As an example, there is a field within HR called compensation and benefits, which is quite a technical role that Omanis have never been trained to do,” Mackenzie tells Arabian Business. “We’re trying to fill two roles at the moment and we just can’t find anyone.”

The Omani model of private business has consistently been to use expats to develop local talent and build businesses fast. As the drop in oil revenue sends ripples of concern through the Gulf states, the countries are seeking to rapidly integrate their citizens into the technical and management roles once dominated by expats.

The challenges represented by the rapid change of pace could lead to a brain-drain of expat talent at the same time as these governments are trying to make new sectors more attractive in an effort to diversify away from oil.

However, the new rules are seeing a positive change in business culture in many of the states. Saudi Arabia and Oman in particular are pushing both public and private sectors to increase their recruitment of women. Keen to drive up the employment figures, the Omani leadership are pushing for highly-qualified females to enter the high-powered roles that have traditionally been reserved for men.

Essentially Oman is operating a ‘one-in, one-out’ system for expat visas. Those currently working in the country are likely to remain in post for as long as their current papers allow; however, the opportunities for new expats are locked down tight.

The employment figures for Omani citizens are bound to show an uptick for the first 12 months of this scheme as businesses showing growth continue to hire. However, as the oil pinch continues and businesses struggle to fill key positions, the long-term effects could further dampen the private sector.