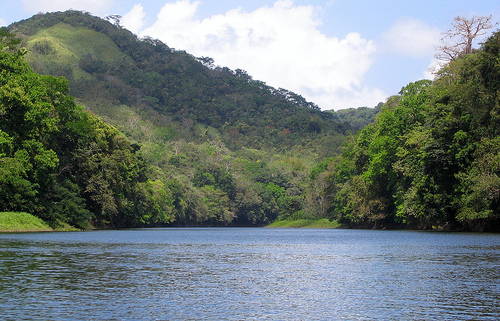 Retirement is one of the main reasons why people choose to move abroad. Often, expats opt for a country with a warmer climate and a slower pace of life, hoping that these will make their retirement years peaceful and enjoyable.

With thousands of expats from America, Europe and around the world choosing Panama as a retirement destination, it is certainly one to think about if you’re still undecided.We caught up with Kathleen Peddicord to find out why Panama is a great place to retire as an expat.

“Thinking practically, Panama’s big advantages are its location (in the same time zone as the United States, more or less, and easily accessible, with many flight options to and from the United States), the fact that it uses the U.S. dollar as its currency, meaning a retiree here has no exchange-rate risk, its developed infrastructure (relative to the rest of Central America and the Caribbean), and its international-standard health care (in Panama City, including, for example, a Johns Hopkins-affiliated hospital).

In addition, Panama offers one of the best retiree residency programs available anywhere, easy to qualify for and offering many tax and other advantages. In addition, Panama also offers a dozen other residency options, including its Specific Countries visa, which can, in some cases, be easier and quicker to qualify for and process than the pensionado visa and which allows the visa holder to work (actually makes a work permit possible…if that’s something a not-quite-ready-or-able-to-retire expat is interested in).

Thinking more romantically, Panama’s big advantages are is beaches. It’s got both Caribbean and Pacific coasts plus loads of islands. You can find any kind of beach lifestyle you might be looking for here, from quiet, pristine, and completely undeveloped beaches to top surf beaches, beach communities with big populations of expats and retirees, high-rise condo living, gated villa communities, etc.”

Panama truly sounds like an idyllic location to spend your retirement years. But it is important to be prepared when you’re moving to a new country, and there will often be elements of settling in that you may not have considered.

So what can expats do to ensure that they are adequately prepared before they move? Kathleen elaborates:

“Visit the country first before committing to a move. Plan to spend as much time as you can…two or three months or longer if possible…just trying the country on for size. Rent an apartment or small house in the part of the country where you want to be and see if the lifestyle, the local culture, your neighbors, your options for how to spend your time, the view from your bedroom window, etc., suit you…or not. If not, maybe then take another part of the country for a trial run. Panama is a small country but offers many very different lifestyle choices. Panama City is nothing like the rest of Panama. Don’t judge the country based on a visit to Panama City. The small beach towns are nothing like the developed beach resorts, etc.”

And once you’ve made the decision to move, what then? Kathleen’s advice is as follows:

“If and when you do make the decision to make a full- or part-time move to Panama, the secret to success is bringing your sense of humor with you but leaving your expectations behind. Don’t move to Panama (or anywhere) expecting life to be like it was wherever you’re moving from. It won’t be. Everything will be different and, at times, nothing will make sense. You’ll need to be able to laugh off the frustrations and challenges and remind yourself that you’re the outsider. People in Panama do things the way they do them because that’s the way things are done in Panama. It’s that simple…and that murky. You aren’t going to change how things are done in Panama. You need to go with the flow and embrace the differences and even the challenges.

If you’re not able to do that, you’ll struggle.”

In other words, Panama can be a wonderful destination to retire to as an expat, providing you’re willing to embrace the culture and embed yourself fully into the lifestyle.

Have you lived in Panama? What was your experience? Share your thoughts in the comments.