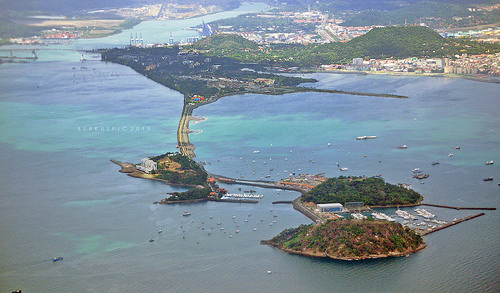 For more than a decade Panama has been regarded as a “retirement haven” for seniors from around the globe because of its beaches, weather and lifestyle. Its close proximity to the US makes this country all the more attractive, especially to Americans.

While the reported benefits do hold true to a great extent, even paradise has its downsides. Below are ten things you should consider carefully before you decide to retire to Panama.1. Inflation: The cost of living (especially in the capital city) has been on a steady rise and as a result Panama can no longer be regarded “cheap”. On average, a couple would require at least US$ 2,000 per month to lead a good and comfortable life in Panama City. A major part of this amount would be spent on rent. This amount could be reduced to half if the couple decides to retire in the highlands.

2. Healthcare standards: If you live in one of the bigger cities, you should have access to some of the best medical facilities at a very low cost. However, most people who live in the interior parts have to put up with medical care standards that are slightly below the US and the UK. Moreover, there is a scarcity of English-speaking doctors and nurses in the smaller towns. Many expats have to travel to the US if they are seeking treatment for a complicated medical problem.

3. The laidback lifestyle: Panama is known for its “mañana culture” which means that most people put off even important tasks until tomorrow or later. This attitude is prevalent not only at government offices but almost everywhere. Many expats from the US, UK and Canada end up getting frustrated when they try to get some work completed. Most of the establishments also remain closed on all religious holidays.

4. Public transport and traffic: A majority of the residents commute in their own vehicle or by taxis on a daily basis. As a result traffic is always a problem, especially in the major cities. To make matters worse, many of the drivers don’t follow the traffic rules and some of the roads are in poor condition.

5. Poor customer service: Expats often complain that professionals in Panama don’t have a good customer service mentality. Some workers may roll their eyes at you or flat out refuse to help you even if you are a paying customer. The tipping culture in this country has made matters worse. Some people won’t provide a service unless they get a tip.

6. Processing paperwork: It is a well-known fact that the Panamanian government offers several options to foreign citizens for establishing legal residency. Unfortunately, the high number of retirees migrating to the country has created a backlog at Panama’s Department Of Immigration. As a result, it could take months for your visa applications to be processed.

7. Pollution: Many expats get a shock when they see huge amounts of garbage on the roads in certain areas. This bothers the locals as much as it does the foreigners. Even the government is aware of this problem and is trying to tackle it by purchasing additional garbage trucks to clean up the streets. However, many of the residents aggravate the pollution by throwing away their garbage at unofficial collection points.

8. The language: English is taught in all Panamanian universities, and many locals have a basic grasp of the language. However, apart from in Panama City, you won’t find many bilingual locals in shops or restaurants. People, at best, communicate with foreigners in Spanglish, which can be a bit challenging to comprehend.

9. Lack of multiple listing service system: In spite of setting up websites, real estate brokers in Panama face limitations when trying to locate your house of choice as they don’t work in collaboration with others. It is nearly impossible to find a one-stop-shop when it comes to looking for apartments, homes or condominiums. Many agents only stick to properties in small areas.

10. No amenities for the disabled: While Panama is making an attempt to define disability so that it can meet the World Health Organization guidelines, it has a long way to go. Something as simple as getting around can be a huge challenge for the disabled in this country. There are no sidewalks, ramps or security measures in place for people who are in a wheelchair. The government doesn’t have any programs or initiatives to look after people with disabilities.

It may however be interesting to note that Panama has some of the happiest retirees from across the globe in spite of the points mentioned above. It remains a beautiful place, with friendly locals and a laid-back style of life that will take some getting used to, but may just improve your quality of life overall.

Have you moved to Panama as an expat? Share your experiences in the comments.