Home » Panama » Moving » How To Retire To Panama From The UK

How To Retire To Panama From The UK 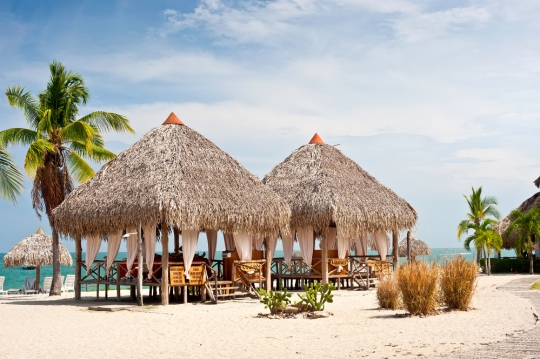 The beautiful country of Panama is one of the most popular destinations for British expat retirees, offering great beaches, a laid-back lifestyle, and proximity to the United States.What do you need to know if you’re thinking of retiring there? And are there any drawbacks?

Why Should I Move To Panama?

There are a number of advantages to retiring here. In May of 2012, President Ricardo Martinelli issued a decree declaring that citizens of 22 friendly nations could apply on a fast track to become permanent residents. The UK is included in that list. You can read more about that here.

The cost of living is low – you can manage on $500 a month, although $2K will allow you a higher standard of living. The country offers benefits to expat retirees, including the Pensionado visa, which is available to anyone over age 18 who has a lifetime pension, annuities, or an income of $1K per month; you can combine your income with that of your spouse to reach this figure. If you buy property for more than $100K, the minimum monthly income requirement drops to $750.

However, the Pensionado visa does not entitle you to work. You may be able to get a job through the ‘friendly nation’ visa / residency arrangement or if a company offers you a job, but bear in mind that salaries are not commensurate with the UK, and that it might be harder to find work in the smaller communities.

You can also import up to $10,000 worth of household goods tax-free.
Panama City is a great place to live which has many amenities, but if you’re retired, you may prefer a lifestyle at a slower, non-urban pace. In that case, the Pedasí region, which is a five-hour drive from Panama City, offers an example of a more rural Panamanian lifestyle. Two people can live on around $2,000 a month in Pedasí, with rentals costing approximately $600 a month, and ocean front homes listed at around $130,000. This is considerably cheaper than in the capital.
State healthcare is of a high standard and you’ll be eligible for that, but many retirees prefer to take out private health insurance.

Note, however, that if you are relying on the state, standards do vary throughout the country, with health care in the big cities being of a higher quality – plus, you may have difficulty finding an English-speaking doctor if you’re living in a remote area. You may not be near a hospital, and may be better off taking complicated medical issues to the US, although this will require financing. Having said all that, a Panamanian health insurance plan costs about $145 a month for a couple in their 60s, and this will pay between 50% and 70% of most healthcare expenses. You won’t need to pay for prescriptions and you’ll also be eligible for various health-related discounts.

The country has, overall, good infrastructure. The roads, for example, are in decent repair, public transport is reasonable, and utility companies’ performance are comparable with those in the USA – although you might find the nation’s mañana (literally meaning ‘later’) attitude somewhat frustrating if you’re from the UK!

What Are The Disadvantages Of Moving To Panama?

Do note that the cost of living is rising, with increasing inflation. However, the out-of-control inflation that has made living in other South American countries challenging is unlikely to befall Panama; the currency is the US dollar and the Panamanian constitution forbids the government from printing paper currency. Nonetheless, you need to think carefully if you’re on a limited budget; electricity, for instance, is expensive and not all houses have air conditioning, something to consider if you find the heat a problem.

You are also likely to find that your UK pension is frozen once you move, meaning it will not be eligible for yearly UK pension increases. You’ll need to weigh up a tax-free status, plus the benefits of the Pensionado, against any losses from your UK pension. The Pensionado is, in fact, designed to assist in the transition to a fixed pension by offering incentives.

You might also run into some bureaucratic snarls; the Department of Immigration has backlogs at times due to the large number of expats applying for residency. It’s also helpful if you speak some Spanish, as not every Panamanian person is bilingual. And if you’re buying property, you might find yourself having to go through a number of estate agents, as the online side of things has not yet caught up with demand and ‘one-stop shops’ for housing are limited. Customer service might not be up to the standard of the UK, either, and certainly not that of the USA.

Traffic is a problem in the cities, which have a lot of congestion. So is pollution and rubbish collection – something the government is trying to address, but which obviously doesn’t enhance the appearance of some Panamanian cities. Water and power outages are more common in the countryside than in Panama City, and they occur on a regular basis, with one resident reporting a water outage that lasted for four days.

Think very carefully about moving here if you’re disabled; access for people with disabilities is severely limited and the government is not currently making this a priority. So, think about your health now, and also plan for the future if you have a condition that might cause your health to deteriorate.

However, despite these points, Panama is home to some of the happiest retirees from across the globe. It remains a beautiful place, with friendly local people and a laid-back style of life that will take some getting used to, but may just improve your quality of life.

Have you lived in Panama? Share your experiences in the comments below, or answer the questions here to be featured in an interview!