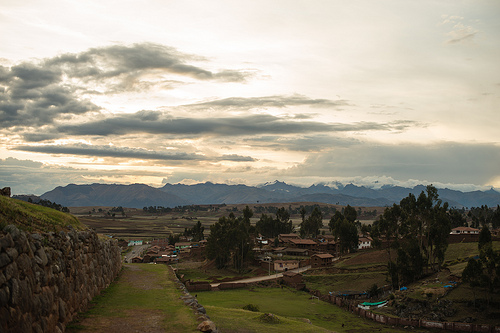 One of the main reasons people visit Peru is to see Machu Picchu. The ancient Incan city is one of the most sought after tourist attractions on the planet. With the beautiful Andes Mountains in the background, it really isn’t a surprise that this place tends to be on everyone’s bucket list. However, there is so much to do in the country apart from visiting Machu Picchu. Here’s a list of experiences that should not be overlooked.Hiking in the Andes Mountains

This is one of the most exciting “must-dos” while you’re in Peru. The Andes Mountains offer you the world’s highest tropical range in the Cordillera Blanca. This range is a wonderful example of the beauty of nature, with over 50 mountains covered with tropical forests as well as snow.

The most popular trek taken by expats and hiking enthusiasts alike is the Santa Cruz trek. This trek covers a trail between the altitudes of 3000-4750 meters, giving walkers a good mix of lush meadows with cattle, serene turquoise lakes, and snow-capped peaks.

Fishing for Piranhas in the Amazon

After Brazil, Peru has the largest portion of the Amazon rainforest, where almost 60% of the entire country is covered by rainforest. There are two ways you can enter into the Amazon basin: Iquitos and Puerto Maldonado. You can reach both of these cities by air and road; however, planes are preferred because of the rough terrain. There are cargo boat rides from Iquitos along the Amazon River, where at certain spots you can fish for piranhas. As well as fishing, the ride itself makes for an eventful trip, as you get to spot many animals like sloths, caimans, tarantulas, howler monkeys, and more.

Surfing in the Pacific

Peru tends to be associated more with its mountains than its coasts, but the country is bordered by the Pacific Ocean to the west (making it a particularly diverse eco-system, with mountains, rainforests, and coasts). There are two major cities, Mancora and Pacasmayo, both in the north of Peru, which boast the world’s longest waves.

Mancora is the more famous of the two, and is known for its pristine beaches and surfer-friendly waves. Whether you’re looking for a place to catch waves or just lounge on the beach, Mancora is your destination. On the other hand, Pacasmayo is a small surfer town and is less famous with tourists. You won’t find famous hotels or plush restaurants here, but then again, if you’re a surfer, a wetsuit and a surfboard is all you really need.

If you’re new to surfing, it is advisable to start with Mancora, as the waves at Pacasmayo can be tiring and the rocky formations around the beach can be dangerous even for professionals.

Huacachina is a small oasis located near the city of Ica. This oasis town, lush with palm trees, is built around a small natural lake with huge sand dunes that surround it on all sides. The town consists of only 96 residents.

In recent years, Huacachina has become a popular tourist attraction. Adventure seekers from around the globe come here to test their mettle at sand-boarding, which involves using a snowboard to race down sand dunes. In addition, you can also find sand dune buggy rides here. An important tip for first-timers: watch your speed unless you want to end up with a mouthful of sand.

Fly over the Nazca Lines

If you have time and money left to spare, hire a plane and take a trip over the Nazca desert to catch a glimpse of the ever-famous Nazca Lines. These Lines are a series of intriguing ancient geoglyphs, which range from geometric designs to wildlife, with the largest figure being spread across 200 meters. The location was designated as a World Heritage Site in 1994 by UNESCO, so if you’re someone who loves archeology, astronomy, or just a little mystery, this place is a must-visit.