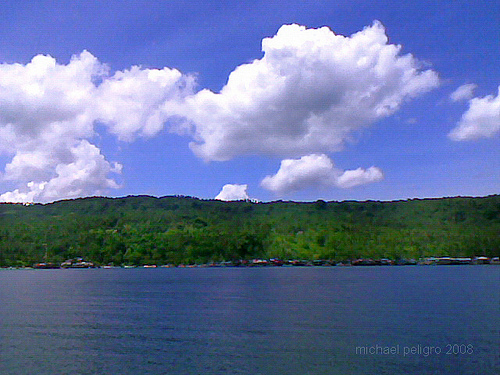 The Republic of the Philippines is one of the most popular expat destinations in Southeast Asia. An island country in the western Pacific, the Philippines has a tropical climate, an emerging economy, and an increasingly influential role in Asia and the world, all of which make it extremely attractive to people from all around the world.

We asked Bob “MindanaoBob” Martin from LiveInThePhilippines.com what he finds the most appealing about living there.“I have lived in the Philippines since 2000, and have enjoyed it. I have now lived in Davao City for longer than any other place that I have lived in my life. I can’t imagine ever leaving! The Philippines is full of wonderful people, lots of things to do and is a warm and welcoming environment! I love everything about the place!”

But it’s not all fun and games all the time. There are many things to like and dislike about expat life in any new country; here are five things people love about living in the Philippines, and five things they don’t tend to enjoy.

Things expats love about the Philippines

The cost of living: The Philippines is one of those places that actually lives up to its reputation for being cheap to live in. Whether you’re talking about rents, buying groceries, eating out, getting a haircut, travel, healthcare, or anything else, it’s almost always cheaper for expats than it would be back home. Of course certain high-end products that have to be imported end up being quite expensive, and some expats manage to spend a lot even on their regular needs, but most manage to live very well on a moderate, if not small, budget.

The locals: The Filipinos are almost universally described as ‘cheerful’. They’re also friendly and helpful; one of the most striking things about them is that no matter what their circumstances, they will usually manage to be optimistic.

A culture that values community and respect: This aspect of Filipino culture tends to strike some expats more than others, but they all deeply appreciate it. Family is extremely important to Filipinos, and so is treating people with respect, especially one’s elders.

The natural beauty: The beaches, the sunsets, the countryside are incredibly beautiful. There are of course the crowded, commercial beaches and other spots, but it’s not impossible to find a quiet, deserted beach or to drive through unspoiled countryside seeing plenty of greenery and not too many people.

Christmas: As a result of being a Spanish colony for so long, the Philippines still has a large Catholic population, and Christmas is widely celebrated across the country. At the same time, there isn’t the rampant commercialization that many expats have grown to dislike in their own home countries. Christmas lights and parties are definitely an important part of the season, but so are family and community.

Things expats hate about the Philippines

The overpopulation: The Philippines is the seventh most populated country in Asia, and 12th in the world. This is most noticeable in the cities, where it’s difficult to ever get away from the crowds, or from the noise and pollution. Many of the country’s other problems also stem at least in part from its overpopulation.

The driving: Like many other Asian countries, driving can be rather chaotic and unsafe in the Philippines. Many people don’t bother to follow the rules. Some expats might find this exciting and liberating (no speed limits, no waiting at signals!) but for most, it’s just frustrating and stressful.

The poverty: In spite of many improvements and advances, there’s still a lot of inequality in the Philippines, and at the lower end of the scale, the poverty can be quite stark and desperate. There are several factors that go along with this, and they all feed into one another – unemployment, lack of education, superstition, poor services, corruption, crime.

Poor infrastructure: Basics like good quality roads, garbage collection, public transport, electricity, and high-speed internet can be inadequate or entirely absent across many parts of the Philippines. To some extent, this applies even to Manila and its outskirts.

Ninoy Aquino International Airport: This one may be disputed in 2015 – the renovation work that began in 2014 was meant to introduce massive improvements to what had frequently been described as the world’s worst or most-hated airport. However, many (including the locals) say that most of the problems with the airport aren’t the kind that can be fixed by renovation and/or modernization of the structure. The problem, they say, is the way things actually work inside the airport.

As an expat, what can you do to ease your transition? We asked Bob for his top piece of advice for new expats in the Philippines:

“In my opinion, the most important thing that you should do to make your life great here is to learn the language! First, find out which language is most widely spoken in the area where you will be living, and start studying! It is not as hard as you expect, and it will vastly improve your life. Before moving here, I thought that since people can speak English here, there was no need to learn any other language. I sure was wrong, though. When I learned to speak Cebuano, my life really turned for the better!”