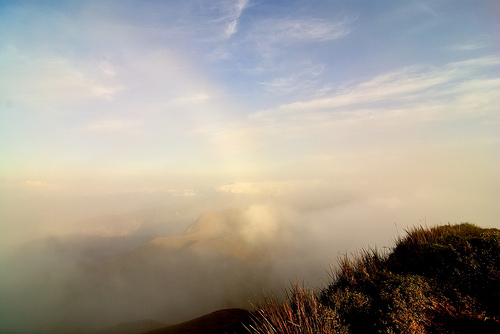 The Philippines, a collection of more than 7000 tropical islands in the Pacific, has been gaining a lot of popularity as an expat destination for more than a decade now. This country boasts friendly people, modern infrastructure, low living costs and warm climate. There is also plenty to see and do for people of all ages.

However, moving to a new place isn’t a piece of cake. Most of the time, settling down in a foreign land takes some getting used to and this island country is no exception.This article lists five Pinoy customs that most foreigners are unaware of until they actually visit the Philippines.

Family is probably valued above everything else by Filipinos.

It is very common to see the younger family members live with (or very close to) their parents, uncles, aunts and grandparents even after they get married and have children. Many men and women take up jobs in the cities while their kids are raised by the family members in the provinces. Almost all Filipino families are therefore very tight-knit.

You won’t see locals living in retirement homes as most of the elderly people are taken care of by the younger members in the family after they retire. There is a strong sense of obligation to take care of not just parents and grandparents, but also uncles, aunts, in-laws and other extended family members. Many of them would quit their jobs and move to another province or city to care for the elders without thinking twice.

People between the ages of 21 and 25 also need to get their parents’ advice in order to get married. If the parents aren’t in favor, the marriage license is only issued after 3 months of publishing the application. While this doesn’t bar anyone from getting married, it gives them time to either change their mind or get their parents’ approval.

The Philippines is predominantly a Catholic country and religion is a very important aspect of their culture. The locals usually make it a point to attend Mass every week.

However, some of the traditional Catholic customs have been integrated with Filipino beliefs. One tradition that is quite shocking to foreigners is “Penitensya”, also known as “act of penance”. During this spectacle some of the penitents get their backs whipped to reenact Jesus’ suffering. Some even choose to be crucified.

The Holy Week is a very important part of the local culture. It has also become a tourist attraction, which is officially endorsed by the government. While outsiders are sometimes appalled by the actions of the locals, they should keep in mind that the ritual is completely voluntary. Some of the more religious foreigners even join the festivities.

Another Catholic custom that the locals observe religiously is the Yuletide season. Again, they have added some of their own cultural traditions to it.

One of the local Christmas traditions celebrated in the Philippines includes Simbang Gabi or Night Mass, where the Catholics attend 9 consecutive services leading up to Christmas Eve. According to folklore, doing this ensures that a person’s wish is granted.

The Filipinos probably have the longest Christmas celebration in the world as the festivities begin in September and go on up until the first Sunday of January. By the first week of September, you’ll see most public establishments and houses decorated. Many foreigners wonder if Christmas has arrived early as they hear carols in malls and hotels.

Pagmamano or Mano Po can be described as a common gesture in the Filipino culture, which is performed to show respect to the elders. It is also a way to seek blessings from others. Literally translated, this term means “your hand please”.

From an early age, children are taught to offer their right hand to their elders and say “Mano Po”, which initiates this gesture. They then place the elder person’s hand to their forehead

Hiya or the concept of Shame is a huge factor that motivates much of the Filipino behavior. It can be described as a sense of propriety in a social environment.

Simply put, the Filipinos believe that they have to live up to acceptable standards of behavior and if they fail, they bring shame upon themselves as well as their family. For example, people may spend a lot more than they can afford on a wedding, only to save face.

The locals are also careful of making sure that others don’t lose face in public. They may therefore agree with you even if they don’t really want to. In fact, saying no is very difficult for most Filipinos.