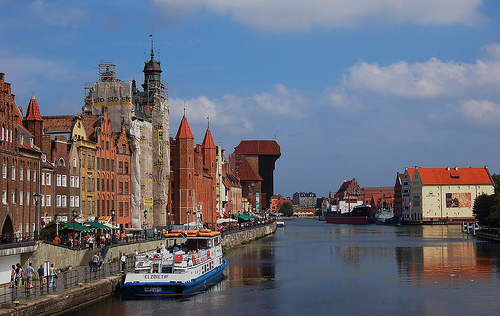 For people who are good at picking up languages, one of the most enjoyable aspects of living in a new country is the opportunity to learn a new language and practice conversing in it with native speakers. Of course different people find joy in different aspects of new languages – for those who are passionate about food, knowing the names of dishes and ingredients is enough. There are also those who take great joy in first learning how to swear in a new language.What most people find particularly intriguing however are the untranslatable words in any language – words that exist only in that one language, and simply have no literal translation. Sometimes a word may be translatable into one or two other languages (for example, from French to German), but not into your own native tongue, a situation which is still quite fascinating. Here are a few Polish words and phrases that have no real equivalents in English.

Smacznego: You could translate ‘Smacznego!’ as ‘Bon appétit!’, but the latter isn’t really an English phrase, and it’s still not a literal translation of the Polish word, which comes from another Polish word meaning ‘tasty’. One inadequate and inaccurate translation is ‘Enjoy your meal!’ A clumsier translation could be ‘Have a tasty meal!’

Zalatwic: This means getting something done, but in a very specific way – by using a bribe, political clout or connections, or simply personal charm. You can also assume that the thing needing doing is either entirely illegal or else not quite legal, requiring perhaps a slight bending of the rules. During the days of communism in Poland, there was plenty of ‘zalatwic’ around, and it was probably impossible to live without it. Similar words and phrases exist in other cultures where communist/socialist bureaucracy and deprivation made people find their own ways to get things done, but the words don’t quite translate; there’s almost certainly no equivalent in English.

Kombinowac: The word could probably be literally translated as ‘to combine’, but ‘to arrange’ is probably closer to its actual meaning. Like ‘zalatwic’, this word in all its forms is usually traced back to Communist Poland, and the ‘arranging’ essentially involves trying to game the system. However, the negative connotations aren’t essential to its meaning – like ‘zalatwic’, ‘kombinowac’ was once a matter of necessity, and is now just part of life.

Kamienica: Some people translate ‘kamienica’ as simply ‘building’. However, most agree that the word doesn’t really refer to just any building, but to a very specific kind of old stone building that you see in Poland.
Coorvah/kurwa: This is a word people use when they are frustrated, and they tend to use it for emphasis in the way that the phrase ‘the hell’ might be used in English, although it does not literally correspond to this.

Żal: This is often translated as ‘sadness’ or ‘grief’, but both words are too general, whereas ‘żal’ usually refers to sadness in very specific circumstances, with connotations of disappointment and betrayal.

Formacja: This is mostly used in academics, but the word does sometimes occur in colloquial speech too. ‘Formacja’ can be described as a state of mind that is widespread across a particular generation or period of time. Perhaps the word ‘zeitgeist’ comes closest.

Kilkanaście: This is sometimes translated as ‘umpteen’ or ‘many’, but neither translation is quite right. The Polish word implies a number between 12 and 19, and there’s no English word that does the same.

Bułka z masłem: The phrase is simply an emphatic way of saying that something is easy, but for some reason, like several English phrases, it invokes baked goods to do so. Literally translated, it means, ‘It’s a buttered roll.’ In other words, ‘It’s a piece of cake.’