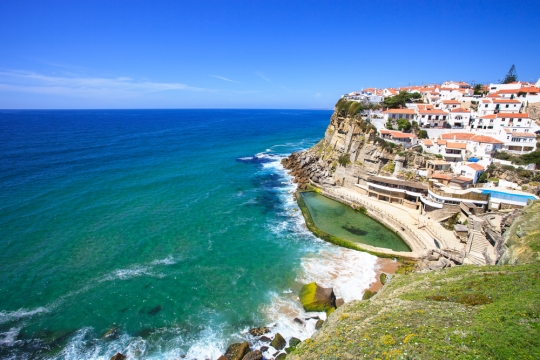 This is a question that every new learner of the language tends to ask themselves before they begin.

After all, timelines are important. They help us to set targets, stay on track and ensure we meet our goals by a specific date. Which, if you’re learning a new language because you’re relocating, can be incredibly important. However, the answer isn’t that simple, as the time it takes will depend on the time you have and the environment your learning takes place in.For example, a student who lives in a Portuguese-speaking country and can commit multiple hours each day to learning the language will develop at a faster rate than a parent who doesn’t live in a Portuguese-speaking country, works full-time and only has 30 minutes each day to dedicate to learning. The time learning a language takes will also depend on an individual’s aptitude; some people find the process easier than others.

There are around 7,000+ documented languages around the world and Portuguese is one of the most popular, having more than 236 million speakers across Portugal, Brazil, Angola, Cape Verde, Mozambique, São Tomé E Príncipe and Guinea-Bissau. In fact, in a 2017 study, Portuguese was recorded as being the 10th most spoken language across the world, a number that continues to rise each year.

Learning a new language not only helps with integrating into new cultures and connecting to a new environment, but it can also provide huge benefits to your own psyche as it sharpens the mind, boosts your understanding and increases your ability to multitask. Learning to communicate in a new language can be overwhelming, and Portuguese is no different. Therefore, the best way to learn the language is to break it down into sections.

Set A Time For Studying Every Day

There are three components which make up a person’s ability to learn a new language: attitude, attentiveness and availability. Research undertaken by the Foreign Service Institute (FSI) indicates that, on average, it takes a staggering 480 to 800 hours to reach a level of basic fluency in a new language! This is why it’s best to break the process down into manageable chunks.

By doing this, you are allowing yourself time to process the input of new information and digest what you have learnt, something which isn’t always possible if you undertake an intense approach to learning. For example; if you were to spend 10 hours each day learning Portuguese it could, theoretically, only take 48 days to learn the language. Which, accounting for a few days off here and there, equates to two to three months. However, this is a tall ask and realistically, most people cannot commit ten hours every day to a task like this. Therefore, the best approach is to set yourself a daily goal which is achievable for your personal circumstances. A good starting point is between 30 minutes and two hours each day.

Begin With The Basics

Learning a new language isn’t something you can jump straight into. Instead, you’ll need to scaffold your learning. This can be done by creating a solid foundation of basic Portuguese terms and phrases, then building on them. An example would be to break your language learning into sections, such as greetings, numbers, objects and common phrases.

Fortunately for speakers of European languages, Portuguese is classified as Language Group 1, which means it’s easier to grasp if you speak English or one of the romance languages. This may be because Portuguese has a lot of borrowed words from other European languages which, whilst spelt differently, are often pronounced similarly to their counterparts. Examples include ‘doutor’ vs ‘doctor’, ‘restaurante’ vs ‘restaurant’, ‘beisebol’ vs ‘baseball’, ‘telefone’ vs ‘telephone’ and ‘banco’ vs ‘bank’. These words are known as cognates and can make the process of learning a new language much quicker as there is an aspect of familiarity that already exists within it.

This is easier to do if you live in a Portuguese-speaking country and can test your new language skills out on local people. However, if you don’t reside somewhere with ease of access to the language, you can still track your progress by taking tests regularly. There are an abundance of tests available online, but if you’re looking to track your progress in one place, then apps or podcasts such as Duolingo, Memrise or Portuguese Pod 101 can be great resources for helping to track and test your learning.

In other words, when answering the question of how long it takes to become fluent in Portuguese, the answer is that you decide! It’s true that your speed will depend on a variety of elements, such as where you are based and if you have access to native speakers of the language. However, if you can commit and dedicate a certain amount of time each day to learning, you’ll be able to proudly say eu posso falar português before you know it!