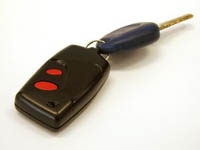 Public transport in Romania has developed greatly over the past few years. The country now has a fairly good network of trains, buses, trams, taxis, trolley buses and subways, at least in the bigger cities. However, statistics show that more than 60% of the tourist and expat population prefer to get around using private cars, even though driving conditions in Romania are not the best. According to the World Economic Forum, Romania ranks 126 out of 134 countries in terms of road quality, mainly because it has only about 543 kilometers of roadways.Driving is one of the best ways of discovering Romania, especially around the countryside. American expats living here should face no difficulties as the steering wheel is placed on the left hand side of the car. Like in the US, people drive on the right side of the road, overtake from the left and give way to cars entering from a roundabout.

Unfortunately, many foreigners claim that driving in this country can be harrowing, since most locals don’t have much regard for speed limits and other traffic rules. Below are a few tips that could make driving a more pleasant experience for expats in Romania:

1. Make sure you have the required paperwork:

The minimum age for driving in this country is 18, and the driver must possess a valid driver’s license. All European driving licenses are recognized in Romania. US driving licenses are also accepted as long as they are accompanied by an international driving permit. Additional documents that should be present in an expat’s vehicle at all times are proof of insurance / green card, identification and proof of ownership. Anyone caught driving without the necessary paperwork could be fined and their license may be confiscated by the police.

It is compulsory for drivers to ensure that all vehicles in Romania are equipped with a few safety essentials at all times. These include:

According to the traffic rules, all motorcyclists riding bikes over 50 CC are required to wear safety helmets. This applies to their passengers as well.

The European Union Statistics show that Romania has the second highest per-vehicle rate of traffic fatalities in Europe. The traffic authorities are therefore getting strict about reinforcing safety rules, which include:

● Drivers as well as co-drivers should wear their seatbelts.
● Children below the age of 12 should not be allowed in to ride in the front seat (unless it is a two-seater vehicle)
● Headlights should be on even during the day; vehicles with faulty lighting should not be driven at all during the night.
● Driving a dirty car is illegal

Like in most other countries, the use of cell phones is also strongly discouraged while driving.

4. Drive within the speed limits:

There are different speed limits set for various types of roads and vehicles. For motorcycles, cars and minibuses (up to 9 seats) the speed limit is:

Romanian traffic authorities have zero tolerance for drunk driving and they perform frequent checks to enforce this law. Motorists on two-wheelers aren’t even supposed to carry passengers that are drunk. A police officer may stop any motorist randomly and conduct an alcohol test. Even a small amount of alcohol in the blood is counted as “drunk driving”. Offenders have their driving license suspended with immediate effect (for up to 90 days) and may also face a prison sentence.

All expats should also make a note of the local emergency contact numbers in case they run into a problem. You can dial 112 from anywhere in the EU for immediate assistance.