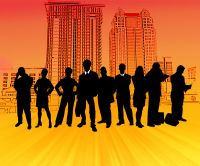 In consideration of Singapore’s westernized and cosmopolitan way of life, most expats find acclimating to the new environment a smooth process. However, moving to any distant location poses some possibility for culture shock and, invariably, the adjustments that must be made to overcome it. Instinctively, many individuals will extend a plea for help to their family and friends back home, who cannot relate to their new, and sometimes intimidating, situation. Enter, expat clubs, the groups that pose myriad benefits for those who seek them out. Most expats from countries like the United States, Europe and Australia consider expat clubs to be a great way to meet people with similar endeavors on their horizon. For this reason, there are multiple clubs in existence, each of which is tailored to an expat’s needs or past home country, allowing them to adjust among those just like them.The Main Benefits of Joining Expat Clubs in Singapore

Many expats consider joining groups but can sometimes fail to see how many benefits such groups typically offer and how helpful a membership can truly be.

Most obviously, joining an expat association helps an individual build relationships with members of the community that hold similar interests and goals as they do. By connecting with individuals that have been in Singapore for some time, the adjustment process can be lessened in both length of time and intensity. Coping with a new climate and culture can be among the hardest tasks of living an expat lifestyle. By joining an expat group, however, this process can be transformed into something far less daunting.

On a broader scale, expat groups offer invaluable networking opportunities with members of different communities. By socializing with people of different backgrounds, the opportunities to expand business ventures and acquire new ideas that may help business are endless. By extending oneself into different communities, an individual is reaping the benefits unavailable in their home country. For this reason, a mixing of the minds can be one of the most coveted aspects of expat group membership.

Another less obvious benefit of expat membership is the cultural grounding it can provide for an expatriate. Individuals that relocate for work opportunities and to begin life anew can often yearn for certain aspects of the life that they left behind. Because expat groups remain centralized according to the culture that they represent, members are able to celebrate major holidays and events unique to their home country. Therefore, for those who want to stay in touch with their culture, expat groups are a great way to do so from afar.

Other Benefits of Singaporean Expat Clubs

As a member of an expat club, expats are granted access to attractive membership benefits and several facilities and activities. While initially membership can be daunting due to the high costs of enrollment, it pays off in the long-term. Many clubs in Singapore offer facilities like bowling alleys, gymnasiums, swimming pools, a library and a children’s play area. Although not every club offers all of these facilities, they do organize regular activities that may involve locations such as this.

Throughout Singapore, there are clubs that represent multiple different nationalities. There are a handful of clubs that are recognized as among the most prominent. One such club is the American Club, whose members are among the most sophisticated and well-traveled of the American expats. The organization strives to enrich the lives of its members through fun, food, fitness and family, offering expats a chance to build relationships for themselves and their families. Another notable club is the British Club, which was founded to meet the needs of the British community in Singapore. Half of the membership of this Club is comprised of over 30 nationalities, providing members with the unique opportunity to network and build relationships.

Most expats report staying in Singapore for either work and saving opportunities or because the country provides an environment superior to the home country from which they hail. Whatever the reason for staying, many expats find comfort and a possibility for growth in joining an expat club. Specifically, many Americans, Europeans and Australians have found solace through membership, as they are presented with an environment of people with familiar customs and culture. The countless benefits to be had through membership in a Singaporean expat club are just one of the many reasons why this destination has become a recent hotspot for those who want to relocate.