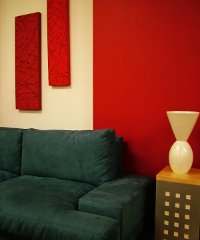 Life as an expat is full of new experiences. Meeting new people, exploring a new place, tasting new cuisines. You exist in a state of constant euphoria and wanderlust as you float amongst the new foreign fairyland.

There is a dark side, the logistical side to planning a big move overseas. Your euphoric existence is clouded over with the worries of finding a place to live, getting around, and figuring out how to assimilate your life as the new kid on the block (or in the country). Referencing this guide to the logistical side of settling in and getting around in your new expat life in Singapore can help to make your transition smoother and stress-free.Apartments

Lack of selection is certainly not going to be a problem when it comes to finding the perfect apartment to call home. New complexes are being constructed every day, and there seems to be no end in sight. Landlords also seem to think your wallet has no end, as the prices are pretty much guaranteed to be expensive no matter where you go. Make sure the rental rates are within 10% of the surrounding comparable units.

While price is inevitably going to be a factor in your decision, there are other things you may want to prioritize before diving into the hunt. Opt for a partially furnished property. Often times, damages can be incurred on the landlord’s furniture, and you will be the one who has to pay. Going partially furnished may cause you to take a couple of trips to the local furniture store, but it’ll help to keep your bank account in tact when the end of your lease comes up.

For expats, renting in Singapore can present itself to be a bit risky. Generally speaking, you will be working on a contract. Should your contract end unplanned for whatever reason, I have my doubts that you’d be planning on sticking around and kicking rocks. In comes the expatriate clause. If this is included in your rental agreement, the tenant can notify the landlord two months in advance of when they want to end the lease due to employment issues. Let’s just hope you keep your job and don’t have to worry about this.

Most residents in Singapore don’t own cars, and in the rare chance that they do, these vehicles usually end up collecting dust somewhere. Without a vehicle, there are tons of ways to get around. Singapore’s public transportation is top-notch; it’s fast, efficient, clean, safe and rat-free (a huge step up from NYC’s subway system if I say so myself).

The best thing to do when you move to Singapore is to purchase an EZ-Link Card for about 8 Singapore bucks. You’ll get discounted rates on all public transportation services, and you may even purchase drinks and snacks from select vending machines and convenience stores.

Arguably the most common use of public transportation is the Mass Rapid Transit (MRT). There are four main lines that take you east, west, north, south and central. As everything in Singapore, they are remain tidy (no eating or drinking allowed) and dependable despite the amount of traffic every day. Delays are rare and schedules are adhered to.

The MRT cars do tend to get crowded during morning and afternoon rush hour, and you’ll feel like a worker ant amidst your thousands of roommates. You may not always get a seat, but the trip will never be uncomfortably long. A sense of order in the stations is always maintained, thus delays are mostly unheard of. The MRT definitely achieves its motto, “moving people, enhancing lives.”

Another great option for getting around via public transportation is by bus. They run from early morning until about midnight, much the same hours as the MRT. Exact times depend upon the route. Departures are frequent at most bus stops, and there are many different lines to every neighborhood. Buses are well-kept and have the same rules as the MRT when it comes to eating and drinking on board.

If you are not a fan of sharing a ride with strangers, taxis are always an option. They are certainly pricier, but they offer convenience and efficiency that no public transport in the world can guarantee. While taxi drivers are mostly honest and will charge a fair rate, they may sometimes take you the long way to get a higher fee. Once you get your bearings, you will be able to direct them to your route of choice. It is not customary to tip and the older model taxis are cheaper than others. Calling a taxi to your location incurs an additional fee. At highly trafficked areas, you must wait in a queue.

Bicycles are an uncommon option for getting around. Singapore is not exactly cycler-friendly; there are no bicycle lanes. Obstacles of fast moving traffic make it a bit dangerous. Overall, safety precautions for cyclists on the road are not a priority.