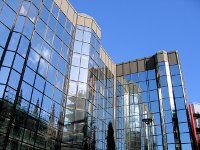 The economy in Singapore has been based around its healthy status as a world trade hub since at least 1869, and its per capita income was one of the highest in Asia even before its 1965 declaration of independence from the British Empire. It is now classified as one of the four “Asian Tiger” economies along with Hong Kong, Taiwan, and South Korea, and is certainly comparable in living standard to the non-“Tiger” of Japan. A low rate of corruption, its significant foreign reserves, and its unparalleled international credit rating (it is the only nation in Asia to rate a ‘AAA’ from the three major credit agencies) all add up to a nation that looks to remain economically robust for many years to come.

Compared to the other “Tiger” nations, foreign-born professionals in Singapore make up a surprising amount of its total workforce (estimates have ranged in recent years from 39% to 45%.) Expat professionals in the modern age have valued Singapore not only for the relative ease of living that comes from such a low-crime, affluent environment, but also because this environment provides a springboard for knowledge about the greater Asian region, along with plenty of networking opportunities within that region. Entry into Singaporean professional life is also helped by the fact that English usage and fluency here are more prevalent than in the other “Tiger” nations.Though the service industry is by far the largest sector of employment in Singapore (the tourism services themselves cater yearly to a number of visitors that is double Singapore’s actual population), options for employment are also plentiful in more demanding disciplines like medical science. Degreed medical professionals who move to Singapore should find not only chances to practice in internationally-minded hospitals like Alexandra, Westpoint and Johns Hopkins Singapore, but may also be sought after for their skill in educating local practitioners. Specialized surgeons, incidentally, top the list of the highest-paid employees in Singapore, exceeding the salaries of many company directors and managing directors.

Singapore is also particularly desirable for those involved in the import-export business, with much of this desirability stemming from the state’s strategic placement along the sea route between China and India. Singapore’s trade-to-GDP ratio, regularly over 400 percent, is the world’s best, and its 200 shipping lines link up with some 600 ports in 120 different nations. The country’s own port network is highly coveted, and has been named the best seaport in Asia in 2012 (its air traffic counterpart, Changi Airport, has been given a similar honor on 26 consecutive occasions.) Entepreneurs in both this field, and others, will find Singapore much easier to work in than many other nations: there are no foreign exchange controls or ownership restrictions demanded by local government regulations.

As with most modernized Asian nations – “Tigers” or not – the opportunities to teach English as a foreign language are a perennial job choice, especially considering that English is the instructional language throughout the state’s public school system (even while it is not the language of all national discourse.) English speakers with experience in academia or at the professorial level, though, will be more valued in a country already well-staffed with entry-level communications specialists. Higher education is another draw that brings a broad range of foreign-born individuals to Singapore. Some 80,000 students attend Singaporean universities yearly, with the prestigious National University of Singapore ranking 25th in the world by the Quacquarelli Symonds World University Rankings (placing just beneath institutions like UC Berekely and Duke University.) Those already in the middle of an academic career might want to see if their parent institution has a collaborative program with a Singaporean university, as is the case with, for example, the music program shared with Johns Hopkins University and NUS.

There has been much talk in recent years about the Singaporean Government hoping to attract more tech industry professionals, in a concerted effort to develop a local ‘Silicon Valley’ populated with digital-age ‘creative class’ employees and information technology experts. Given that the nation only boasts about 5 million citizens, new entrepreneurs in this area must immediately think about going beyond Singapore’s borders for help and professional consultancy.

In all cases, a liberal immigration policy is open to any professional with a degree from an accredited university and an expected salary of $3,000 or more. Though work visas are issued in a number of different types, only one such employment pass (the “S Pass” for mid-career technical laborers) falls under the quota system placing a levy on companies that hire mainly foreign workers. All other passes issued by the Government will entitle their holder to apply for permanent resident status within the country.