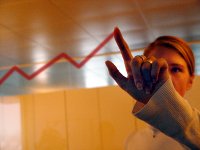 According to the Singapore Workforce 2012 report compiled by the Ministry of Manpower (MOM), the employment rate in the island city hit a new high in 2012, driven by strong job vacancy growth and a greater number of women and older workers in the workforce. The average unemployment rate has been around 2 percent for the last 10 years, which is considered low compared to even emerging countries in the region such as Vietnam and India. This may be surprising given that the country is small (thus offering limited opportunities) and has a high literacy rate of 96.1 percent which increases the competition for work. Even more impressive, 28.3 percent of the literate population has at least a degree-level education. With the global economy not doing well and the ruling Prime Minister warning its citizens of slowing growth, what are the coming trends for Singapore’s job market?Following the Hudson report on Employment trends, a paper which measures employers’ hiring expectations for permanent and contracting/temporary workforces over the coming three months, hiring expectations in Singapore for the first quarter of 2013 showed positive hiring intentions, jumping 8.7 points to 44.6%. Overall, the hiring sentiment continues to be positive despite a dimmer outlook on the moderating growth of the Singapore economy.

On the industry level, the IT and technology sector leapt 29.8 points from the least positive industry in quarter 4 of 2012 to the most positive industry this quarter, with 53.1% of employers reporting positive hiring intentions. The need for more labour in this industry reflects the hiring gaps which probably came about with the Singapore government’s policies to tighten regulations on foreign labour.

Hiring intentions in the Banking and Financial Services sector also increased significantly to 45.0%, although this sector also registered the strongest intention to cut staff numbers. Although labour costs in Singapore are more expensive compared to neighbouring countries such as India and the Philippines, there continues to be a lack of talent in the risk management and compliance area, fuelling demand for these job roles. Also, with increasing wealth concentrated in Asia, the need for more wealth management roles also mean that recruitment activities will continue for investment bankers and relationship managers.

The specialist recruitment agency Michael Page also published their employment forecast 2012-2013 for Singapore (using data from surveying 1000 employers) and provided some interesting insights. According to their report, about 50 percent of the working population here works between 40-45 hours a week and the top factors for retaining talent include providing recognition and monetary rewards and having a structured career path.

In another of Michael Page’s illuminating reports, the job market was considered from the employees’ perspective. Their report showed that employees in Singapore are largely optimistic about the job market here and some 44 percent of those surveyed said that they might look for a job switch in the coming year. They also asked respondents for the key reasons for them to stay in their current job and showed that employers need to offer structured career progression and competitive salary to keep their workers happy. Most of these professionals are seeking a 10-12 percent increase in pay due to the high inflation and living costs of Singapore (the Consumer Price Index for December 2012 was at a high of 4.6 percent, led by rising property prices and a surge in COE – Certificate of Entitlement for vehicles – prices).

Whether from the employer or employee’s point of view, and despite the Singapore government’s warning of a slower growth rate, it seems that the outlook for the job market remains optimistic. With the unemployment rate at a stable 2 percent, it is no wonder employees are likely to look for greener pastures in the coming year.