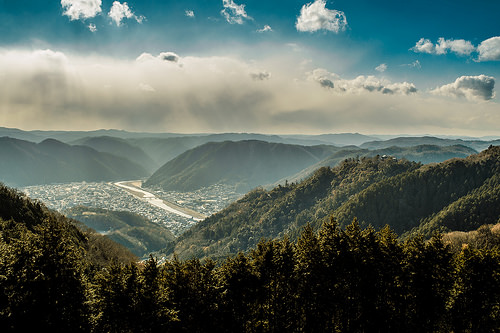 Situated in Central Europe, and with many of the charming characteristics of its neighbors the Czech Republic and Austria, Slovakia scores highly in terms of expat life because of the lower cost of living and the relatively sparse population. Slovakia also has a stable and rapidly growing economy, and joined the European Union in 2004, eventually joining the Eurozone too, in 2009. All of these factors have resulted in this relatively young country gradually becoming a popular destination for expats from around the world.If you’re considering Slovakia as your new home, here’s a quick look at what you can expect there in terms of the climate.

In general, the summers are warm and humid and the winters are cold and cloudy, with varying amounts of rain and snow, depending on exactly where in the country you are. Bratislava, the capital city, experiences what are probably the warmest temperatures in the country. However, most of Slovakia consists of mountainous landscapes, and the northern part of the country is almost entirely mountainous. Here, temperatures are considerably colder than in the capital and the other low-lying areas.

However, most expats are likely to be in Bratislava or in other cities in the lowlands of Slovakia. Summer temperatures here frequently go over 25 degrees Celsius (77 degrees Fahrenheit), and winter temperatures rarely go below 3 degrees Celsius (37 degrees Fahrenheit). The relatively mild winters mean fewer days of snow, and snowfall in general is mild even when it does occur. In recent years though, summers and winters here have been slightly longer than they used to be, while spring and autumn have been somewhat compressed. In fact, Slovakia’s summer in 2015 was reported to have been the hottest in recorded history.

Slovakia has a summer monsoon, and Bratislava can see a fair amount of rain and even thunderstorms during this season.

For the most part, you don’t need to worry about extreme weather in Slovakia, so no major preparations are necessary. Like we said earlier, expats tend to be in Bratislava and other low-lying regions in the south, where the winters are quite mild. If anything, you need to be somewhat prepared for the rain – raincoats and/or umbrellas are needed to tackle the light spring and summer showers, as well as the frequent thunderstorms. During spring in particular, sudden weather changes are quite frequent, so you never know when you’ll need your rain gear.

If you live in Bratislava and want to visit the mountains, early autumn is probably the best time to do so, when the weather is moderate and it isn’t too crowded.

During the summer, regular clothing works perfectly well – light cottons and linens are what most people prefer, but of course it depends on where you’ll be and what you’ll be doing. If you’re in the colder regions though, you’re likely to need a light sweater even in the summer – and of course much heavier clothing in the winter. Winters are also wetter in the north, so you’ll need your umbrellas and raincoats more frequently.

Autumn and winter in the north can become foggy, so you need to be careful while driving. The snow and ice can make driving even more dangerous, and snow tires and snow chains are advisable here during the winter.