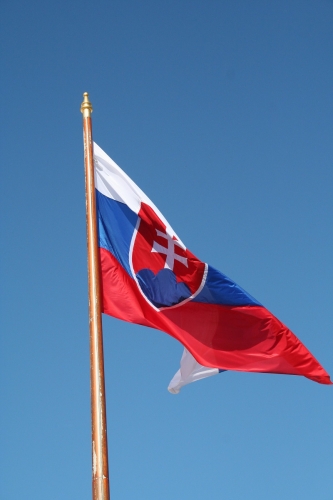 Slovakia is a land-locked country in Central Europe, surrounded by Austria, the Czech Republic, Hungary, Poland and Ukraine. Contrary to what many people believe, this member of the European Union is a modern democracy with ample natural beauty, a colorful history, and a slow pace of life.

The expat population in Slovakia is small, which could be because many people are apprehensive about moving to this country. However, life in this land-locked nation need not be difficult, as long as you make a few adjustments. Given below are a few essential tips that can help to make your stay in Slovakia a lot more pleasant and safe:1. Make local friends: There are very few expats living in Slovakia, and some of them have the tendency to stick together. The locals often get offended when they see that the foreigners living among them do not make an effort to socialize. Slovakians are quite friendly and helpful, and having a few friends who know the place, the language, and how the system works can make life much easier.

2. Learn the Language: Again, many foreigners living in Slovakia teach English and make no effort to pick up local words. (Part of the reason why they avoid socializing is because communication is a problem.) However, it is essential to learn the language if you are interested in becoming a part of Slovakian society. In fact, it is best to take a basic course in Slovakian even before traveling to the country. This will help you to establish some level of contact with the locals, who will be more than willing to help you hone your language skills.

3. Be cautious: While many foreigners believe that Slovakia isn’t safe and secure, this is not true. In fact, the country is quite peaceful and no more dangerous than many other EU nations. However, this does not mean that you shouldn’t watch your belongings – you are after all in largely unfamiliar surroundings. Many people have had their wallets, phones, and other valuables stolen in large, crowded public places. Be extra careful when dealing with money in open places.

4. Carry your medication: Health care in Slovakia is not very well developed compared to other European countries. While you may be able to buy your regular medicines from a chemist, their names are likely to be different and the local chemist probably won’t be able to give you the Slovakian alternative unless you specifically ask for it.

5. Consider the standard and cost of living: In the last few decades, Slovakia has seen some drastic economic changes that have slowed down its development. While the standard of living is on the rise, it is still considerably lower than the US, UK, and other developed European nations. At the same time, the cost of living in Slovakia is also much lower. As a foreigner, you can probably lead a good life with less money than you would require if you were in America or the UK.

6. Consider taking up a job: The English-speaking expats in Slovakia usually settle for teaching the language. However, fluent English is also an advantage in several other industries, like hospitality and tourism. Opt for a change of career if teaching is not your main career goal.

7. Have a drink: International soft drink brands may not always be available throughout Slovakia, and therefore it is best to try their local counterparts. Vinea (a grape-based soft drink) and Kofola (a cola) are favorites among the Slovakian population. There are also many varieties of wonderful local alcoholic beverages in addition to the popular European brands that are available in most places. Slovakia has a long and rich beer brewing tradition, as well as being home to other unique local drinks, such as the gin-like borovička.

8. Try the local delicacies: Food plays an integral part in Slovakian culture. ‘Bryndzové halušky’, a local dish made of potato dumplings and special cheese, is often described as the national meal. Because of its distinct aroma and flavor, this dish is more of an acquired taste among foreigners. However, it is believed to have several health benefits, and offering to eat or even taste Bryndzové halušky is one of the fastest ways of connecting with the local population. When ordering at a restaurant, remember that portions are much smaller compared to the US and the UK.

9. Live alone: Several expats only move to a country because of their partners. Even if you are seeing a Slovakian, it is best to live independently if you can, at least until you get to know each other very well. Moving in with a local roommate should also be avoided unless you are completely well-versed in the language and customs. Living alone for a period of time is also a good way of forcing yourself to learn about the culture.

10. Embrace the local culture: The more you get to know the place, the more likely you are to fall in love with it. Make an effort to watch local movies or plays, listen to Slovakian music, and visit the local art museums to learn more about the artists in the country. Participating in local events and activities will help you get settled into your life here much faster.