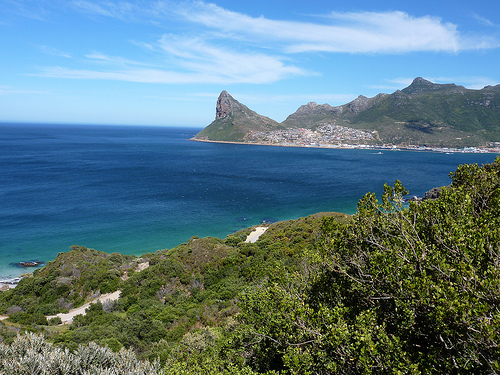 Expats who move to South Africa can expect to enjoy a relaxed lifestyle that is close to scenic natural landscapes and with plenty of outdoor activities to engage in. Wildlife watching, mountain climbing and water sports are among the most popular activities for expats, travellers and locals alike.

South Africa has a cosmopolitan character and its population is a diverse collection of different nationalities. Residents can expect to have a high standard of living that is also affordable.Although the country continues to face the dual problems of poverty and crime, meaning that locals and expats need to remain cautious, South Africa is nonetheless a welcoming destination and many expats have made it their home over the years.

Since South Africa has a significant expat population, there are a number of clubs and associations located in different parts of the country. These are great places to connect and network with other expats, and thereby build social bonds as well as professional relationships. Here are five expat clubs you might consider joining.

With a membership that includes local South African women as well as those who have relocated from different countries, the International Women’s Club in Johannesburg has a variety of special interest subgroups such as golf, bridge, travel, book clubs, gardening, arts and culture. Club members can join any of these groups at a minimal cost.

The groups allow members to assimilate more easily into the local society. Monthly meetings are held where guest speakers talk about a subject relevant to the group’s interests. After the meetings, members can put forward their questions about life as new residents of South Africa. The club also has a sewing group that works on projects which benefit local charities and communities.

Created for the purpose of enhancing the expatriate experience in South Africa, the American Society of South Africa (ASSA) keeps its membership open to Americans, South Africans and people of other nationalities who are interested in American culture.

American holidays such as the 4th of July, Thanksgiving and Mardi Gras are celebrated with great festivity at the club. ASSA makes all efforts to ensure that newcomers feel at home. It also helps others to become familiar with and enjoy American traditions. A special feature of ASSA is 3Ts, a monthly social networking event which is held on the third Thursday of every month.

The Swiss Social and Sports Club was founded way back in 1923 as a purely social club. Today the club accommodates a choir, tennis group and bicycle club. There are about 300 members who meet at the club premises, which are located in the scenic woodlands alongside the Jonkershoek River bank near Stellenbosch.

Members receive many benefits such as invitations to special club functions and events, free access to all the club facilities and free access to Jonkershoek, which is a World Heritage Site. Members can also promote their businesses in the club newsletter and on the club website.

Dedicated to facilitating social contact between Irish people and others who have an interest in Irish culture, this association opens its doors to people of all nationalities. One of their main events is the Annual St. Patrick’s Night Celebration, which marks the feast of the patron saint of Ireland. It is held every year on March 17th.

Other activities include wine pairing events, picnics, hurling events and celebrations of Irish folklore. Although the group was founded in Cape Town, ISAA also has a Gauteng Chapter, with a Kwa-Zulu chapter in the works.

Founded so that Italian culture, food and identity can be celebrated abroad, the Italian Club in Cape Town holds annual cultural events that aim to preserve the Italian heritage of expats in South Africa. The club encourages youth participation and warmly welcomes non-Italian members in order to promote integration into local society.

Sports are a major focus of the club and a range of competitive sporting activities are offered, such as soccer, fencing and bocce. Italian language classes are also conducted to nurture an interest in the mother tongue among people of Italian descent, while igniting an interest in the language among those of other nationalities.

Those are our top recommendations for expat clubs in South Africa. Are you part of a club we haven’t mentioned here? Let us know in the comments.