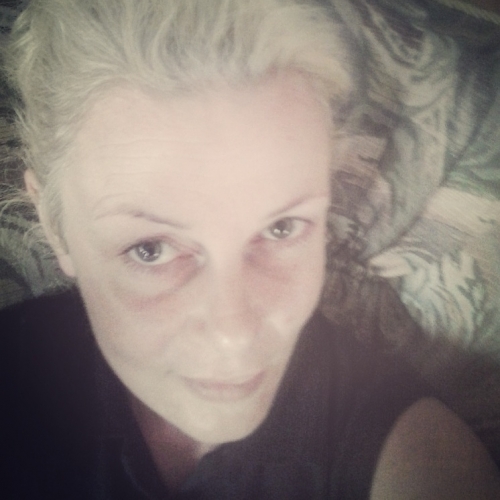 My name is Kelly McLachlan. I moved to Spain with my friend to work a season at her uncle’s restaurant back in 2003. It was only supposed to be for one summer and I’m still here…12 years later. The work was already there and we literally packed for just the summer. We were to move into the flat that her uncle owned for staff, so we were lucky that accommodation was taken care of for us.

We were in a predominantly expat area on an urbanization and had a LOT of Brits as neighbours. They were a friendly bunch, we all helped each other out as we were all in the same boat, so to speak.The best thing about the expat life, as I’m sure pretty much everybody says, is the weather. Here we are in November and there are people on the beach today! The lovely, sandy beach. The locals are a lovely bunch of folks and always friendly. The only thing I find difficult to cope with is homesickness, it seems to come over in waves and I have to say that staying in touch with family and friends back home is a lot easier nowadays thanks to the magic of social media and Skype.

The biggest cultural difference I had to get my head around was the siesta. I found it quite bizarre that everything stops for 3 hours in the afternoon, and at first it took a bit of getting used to. Especially when you get off the bus and all the shops are closed! The language barrier was also a bit of a struggle at first, but after signing up to Spanish classes with a local tutor and chatting to (or trying to chat to) local ‘natives’, slowly, things became a bit clearer. This is a mostly catholic country and Sunday best and church is the norm around here. And alcohol seems to be a way of life here, any time of the day. A coñac with your coffee? No pasa nada. A caña is pretty cheap as well, AND you’re served a tapa with it! The Mediterranean diet is quite healthy, olive oil, lots of salad, and toasted baguettes with serrano ham or tomatoes are popular, but occasionally we may treat ourselves to chocolate and churros, and doughnut-type sweet snack to dip in.

Another huge difference is the fiesta. There are random days when shops shut, and not always on a Monday! It doesn’t seem to matter what day of the week it falls on, we’ll just have a day off. Why not? Some are national ‘red days’ and others are just small local fiestas. The biggest around here is after the summer, always in the first week of September just before all the kids go back to school. There are street parades, things to do for the little people and fireworks.

Once you’ve figured out the siesta, shopping is a doddle. Go after 10am which seems to be the general opening time, most of the supermarkets stay open all day, and now there is a much wider choice for international favourites. (PG tips, for example). There are some British supermarkets in largely expat areas, but not really in our little area. The nearest one is a bus or car ride away, and again of you want big shopping centres, there are a few just out of town to choose from, but the Spanish do like their markets. Our local one down the road is bustling every weekend! Again, if you turn up after 2pm chances are everything is closed, unless you happen to be in a shopping centre or certain supermarkets.

I’m lucky to live in the birth place of the paella and Arroz con Costra, which are fabulous, by the way, and some of the tapas around here are just delicious. Santa Pola is a port town, and the local seafood is as fresh as it can get.

Advice I would offer to anybody considering the move would be to think it through very carefully. Because of the crisis jobs are still pretty scarce and a lot of expats have packed their bags and returned home. Less than half of the people we met when we first came over are still here. Make sure all your paperwork is up to date all the time. Register with the local doctor, national police for your NIE (foreigner ID number). Without this you cannot work on a legal contract or buy a car. Try to learn a bit of the local language, talk to the locals, if there aren’t many natives in the area at least sign up for an online course. There are hundreds, and some of them are free. Integrate. Be prepared for things to go wrong. And when they do, approach it like the locals, in my case… “mañana”. Stress and Spain just don’t go together. It’s very laid back here!

I try not to plan for the future, because it never does go to plan. Just take life one day at a time. “Poco a poco”.