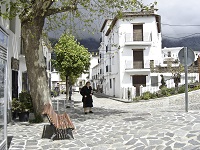 Spain has always been a popular holiday destination. With its abundant natural beauty, spectacular architecture and vibrant culture, who wouldn’t want to spend a few glorious days under the Spanish sun! But those who are planning to spend more than just a vacation have to also think about the practicalities. There are several things to consider when relocating to a different country, such as visas and work permits, climate, language and healthcare. The process may seem daunting at times, and so we have here a brief guide that will come in handy for potential expats in Spain.

Visas
EU citizens moving to Spain only require a valid passport or national identity card. Those who intend to stay for more than three months require an identity number for foreigners called Número de Identificación de Extranjeros (NIE).This number is also necessary for those who are thinking of renting or buying property, working or opening a bank account in the country. Non-EU citizens can stay in Spain for up to 90 days if they come from a country that has a special agreement with Spain. A visa is a must for those who intend to stay beyond that period. Visas must be applied for in the home country, as they are not issued inside Spain.

Weather
Postcards and tourism brochures often depict a sunny picture of Spain. It is among the warmest countries in all of Europe, but you won’t be able to escape cold weather completely. If you are planning to live further north of the country, you will find that it can get rather cold. In these regions the temperature can even fall to below zero degrees Celsius and the winds get stronger too. In general, winters in Spain are milder as compared to other European countries, but you do need to pack warm clothing. Madrid in particular gets quite cold in December. Barcelona and Andalusia are great for those who simply can’t stand winters since the sea contributes to a warmer climate. The northwest of Spain is considered the wettest region due to the amount of rainfall it receives, especially in December.

Food and culture
When in Spain, be prepared for a change in your eating habits. Spanish people usually eat supper at 10pm. Eating tapas will also become a way of life and this is something to look forward to. Tapas are delicious little dishes, much like appetizers, and the practice is to hop from bar to bar trying out different varieties. And they’re all eaten standing up! Spain has a vibrant nightlife, but if your new Spanish friends invite you for a night out, be ready to leave only at midnight and come home the next day at 6am.

Language
The language barrier is something expats often take a while to get accustomed to. Most people in the major cities speak English. But in the smaller cities and also beyond the main expat zones, you may need to learn some Spanish to make everyday life easier. When relocating, you are likely to encounter landlords or bank staff and if you can speak and understand Spanish, the transition period can be a whole lot smoother.

Another thing expats will notice once they start living in Spain is that the people don’t really say things like ‘please’ and ‘thank you’ all that much. The local manner of speaking is sharp and to the point. This is not to be taken for rudeness, as saying por favor (please) is considered overly formal.

Healthcare
Healthcare is likely to be high on your list of priorities as you make your move. Spain has a good healthcare system and those who work in the country are automatically added to the healthcare database. This means that regular visits to the doctor, hospital visits, prescription medications and also invasive procedures are without any charge. Most of the primary healthcare and emergency needs of residents are handled by public hospitals. The healthcare system is run efficiently and hospitals have highly-trained staff that speak in English. Some expats prefer to avail themselves of private healthcare so that they can choose from different physicians and treatment options. Private healthcare also doesn’t have the long queues that the public hospitals usually have.