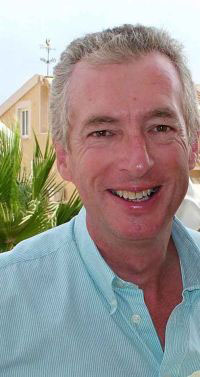 Spain’s financial downturn, known locally as el crisis, has meant that apart from the government increasing taxation and making severe budget cuts the rules regarding both taking out Spanish residency and obtaining healthcare have recently been revised.

All EU citizens are entitled to live and work in Spain as part of the overall EU Freedom of Movement regulations. All other persons should check their status with their appropriate authorities as they might require a visa for legal entry to Spain.

It is a requirement for everyone to hold and maintain a valid passport from their country of origin as a form of identification in Spain.

The new stricter rules for Spanish residency, introduced in July 2012, state that within 90 days of arriving in the country with the intent of taking up permanent residence persons must register at the local Oficina de Extranjeros (literally meaning Office for Foreigners) for a residencia.Apart from following the administrative process with the correct application form, passport and paying a fee you now must also be able to prove both your financial ability to support yourself and any dependents and also your arrangements for healthcare.

For those with pensions, whether government or private, this should not be a problem. Persons without guaranteed pension income will need to show proof of funds, job contracts or other suitable financial data.

Those accepted for residencia will be issued with an official residencia document which must be kept safe as it will be occasionally needed for official business matters.

Spanish immigration control is the responsibility of the Ministry of the Interior and their web site is here www.interior.gob.es from which residencia application form can be downloaded.

Another important recent change is accessing healthcare from the Spanish state healthcare system and the need to make contributions for prescription costs.

Unlike the UK being a resident does not automatically entitle you to healthcare because the system is not residency based but contribution based. In basic terms – if you do not pay in you are not covered.

For UK state pensioners access is automatic because their contributions are paid by the UK government as healthcare rights are transportable. But pensioners will need to be verified via an S1 form available from the International Pension Centre.

Note – for persons who have worked and made UK National Insurance contributions those NI payments will equate to a limited period of Spanish healthcare cover. This will need to be applied for via the S1 form and duly registered with Spanish Social Security department.

Access to healthcare might also be available to those on various UK benefits and further advice should be sought by those who think they qualify.

Persons who are not covered by the above arrangements will need to take out private medical healthcare insurance and a range of companies and policies are available in Spain.

Prescription contributions
Another recent government change due to el crisis is the need for everyone to now make contributions, based on age and income, towards prescription costs. It should be possible for pensioners to recover these costs later as part of the Spanish income tax declaration system.

The EU has a system for issuing health cards for use whilst travelling within the EU. The UK implementation results in the European Health Insurance Card, known as EHIC.

These cards are not intended and will not be accepted by Spanish authorities as access to healthcare by permanent residents. They are solely for temporary visitors use to gain basic ‘patch you up’ emergency medical treatment.

So it can be seen that the current financial climate has caused Spain to ensure that all immigrants do have the appropriate arrangements in place to be able to live in Spain without becoming a burden on the state.

There has been a mixed reaction to these revised regulations which are in accordance with EU rules. Similar requirements for Residencia qualification were in place in 2000 when I arrived in Spain. They were subsequently relaxed but the current problems have caused their re-introduction.

If you are considering relocating to Spain it is essential to extensively research all areas of benefits, entitlements, property purchase or renting, work opportunities etc from current authorised official sources before arriving in Spain.

Because now there is no automatic right to many important services without proper prior qualification.

Rob Innis has been an Expat in Spain for 12 years and regularly writes articles on living in Spain. He recently published ‘Spain Exposed’ on Amazon Kindle. For more see robinnis.wordpress.com