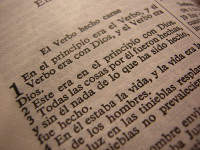 It’s always a good idea for expats to learn the language of their new country, and it’s true that in most cases, locals tend to appreciate foreigners trying to communicate with them in their native tongue.

Spanish is considered to be among the three most important languages in the world, as it is the official language in 21 countries. So becoming fluent in the language is quite advantageous and can enable you to connect with not just the locals in Spain, but also people from several other countries. To make the process a bit easier, here are some helpful tips.• Language is primarily aimed at establishing oral communication. Written alphabets are unable to convey the intricacies of sound and intonation, as they are simply symbols. Therefore when learning a new language, it is advisable to develop an ‘ear’ for it. Once you’re in Spain, make it a point to watch Spanish movies or listen to Spanish music to familiarize yourself with the way the language sounds.

• Keep a small phrase book handy at all times. It will contain the words and expressions necessary to communicate in most situations. The books usually have a pronunciation guide as well. You can either repeat the necessary phrases from the book, or point to the word or phrase that best conveys what you wish to communicate.

• Most expats will use the phrase “do you speak English?’ at least once during their stay in a foreign country. However, avoid saying it in English, as it often implies cultural ignorance or just plain laziness. Instead say, “¿habla usted Inglés?” Using usted instead of tú is more formal and a sign of respect.

• Keep paper and a pencil with you when making purchases. It can be infuriating for both parties to negotiate on the price of something, especially if you are not very familiar with Spanish numbers. Since Spanish utilizes the same roman numerals as English, you can communicate by writing down the numbers.

• Make use of flashcards. On one side of the card, write a Spanish word or phrase and write the English translation on the other. Keep these with you and study them whenever you have the time such as when you’re waiting in a line somewhere or in the bus or train.

• A great way to practice at home is to label the things around you. For instance, use the label la silla for chair, la puerta for door and so on. Take the labels off only after you have learnt them well. Read out loud as much as possible as this is helpful in practicing pronunciation. Also make it a point to talk to yourself. A common occurrence while learning a language is that listening skills develop quickly while speaking skills show little improvement. A good way to get around this is to talk to yourself. Since there’s no one around to judge you, you won’t feel conscious or embarrassed.

• Find a native speaker who is willing to be your conversation partner. This will give you much needed assistance in polishing your communication skills. Maybe you can return the favor by helping your partner learn English.

• If you’re unable to find someone local, you can use any of several websites that help to improve language skills. The advantage here is that you can study at your pace.

• The best, and perhaps the only way to improve your Spanish is to actually speak Spanish, as much as you can. Avoid the tourist and expat haunts and head to the local coffee shops where you can practice your skills. At restaurants, try placing your order in Spanish. Also, listen to the conversations around you and pay attention to the rhythm, pronunciation and matching of words. If possible, join in the conversation.

• Try to spend at least 20 minutes a day learning the language. Staying consistent and committed goes a long way in ensuring success.

• Talk to other expats about their experiences in Spain. Many times, there are variations in language across the same country and it helps to learn about these from the experiences of others.

• Remember that learning a language takes patience. At times it may feel like a struggle, but don’t be discouraged as it is a normal part of learning.