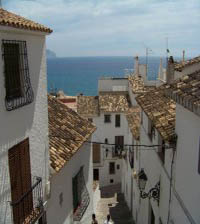 Spain often features in the top European expat destinations because of its warm weather, rich culture, economical housing rates and high standard of living. Therefore, it is hardly surprising that 6% of the total resident population in this country comprises of expats from the UK, America and Africa. Expatriate living in Spain isn’t just for the retired people who are seeking a relaxed and laidback lifestyle. The nightlife here comprises of world-class cafes, bars and nightclubs to cater to the younger generation of expats. If you are planning to move to Spain for the next few years, read on to learn what make it such a great expat destination.Property Prices

Because of the ongoing recession that hit Europe a while ago, the real estate prices in many parts of Spain have dropped significantly. Therefore, it is much easier to buy property now, as compared to a few years ago. For example, you can purchase a condo on a Mediterranean beach for about €112,000 (approximately US$ 150,000.00) or less. If you prefer renting property for a long period of time, you could get the same condo for between €410.00 (US$ 550.00) and €640.00 (US$ 850) per month, depending upon your location. Similarly, apartments can be bought or rented in the main cities for economical prices as compared to the US and the UK.

Spain has always been one of the least expensive nations in West Europe. You can lead the same life that you did in the UK or even in the US, without spending as much. Most individuals spend an average of €120.00 (US$ 150) on their monthly utilities. You could also save a lot by following the healthy, nutritious Mediterranean diet, which is very common in Spain. Since olive oil and wine are produced locally, they are quite reasonable and can enhance just about any meal. Meat is a bit more expensive in Spain than the US, but consumers believe that it may be so because the quality is better too. Petrol prices in this country are also lower than the UK and some of the other European nations.

Most Spanish families are quite close knit, which can be a bit of a contrast as compared to some of the other countries. You will often find people keeping in touch with even extended family members regularly. In many houses, three generations have one meal together every day. Working Spaniards usually make it a point to strike a balance between their family and professional lives.

The Spanish are also very kids-oriented; children are given equal or more importance almost everywhere. Expats who want their kids to experience a culture that gives great importance to family will thoroughly enjoy living here.

Spain is paradise for those who love the sunshine; this country receives ample supply of golden rays all year long. This increases your opportunities for relaxing on the beach, sailing, hiking and playing golf. However, do bear in mind that the climate varies significantly, according to the location you pick.

According to the World Health Organization, the healthcare system in Spain ranks within the top 10 across the world. All the medical facilities in this country are modern and every town has at least one hospital. The staff working at these hospitals is well-trained and highly professional. Many hospitals make sure they have at least some English-speaking doctors. Moreover, all expats can enjoy the same healthcare benefits as the locals. By becoming a part of the Sistema National de Salud, you enjoy free healthcare at public hospitals and up to 60% discount on some of the prescriptions.

The fiesta is an integral part of the Spanish lifestyle. Every city, town and village will have its own schedule of saint’s days and feasts and all of them are entertaining in their own way. Make it a point to witness some of the extravaganzas like bull-running in Pamplona and Las Fallas in Valencia.

No matter which part of Spain you live in, you will have higher access to the rest of Europe. You could also get from one corner of the country to the other within a span of 7 hours on one of the high-speed, modern trains. If you book in advance, you could get a reasonably-priced direct flight from the US or the UK to most of the metropolises.