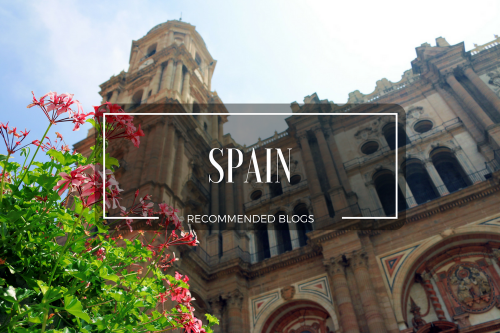 At Expat Focus, we like to be on the lookout for resources around the web that could help prospective expats adjust to their new countries. Today, we’re taking a look at Spain and some of the blogs that might be useful for expats there.Scribbler In Seville
http://scribblerinseville.com/

Fiona Flores Watson has lived in Seville for more than a decade, she’s married to a Spaniard and is raising bilingual/bicultural kids. She also writes about the city for a living so, whether you’re looking for information on the best places to eat and stay, activities for children or are contemplating a move to southern Spain, her blog is a great resource.

Fiona blends mummy blogging with expat and travel posts, and frequently engages with her many commenters who give her blog a lovely community vibe. Check out ‘Nine things I’ve learned while living in Spain’ and ‘Five things Spanish people say a lot (and what they really mean).’

Molly is originally from the UK. She moved to Spain in 1998, first to Barcelona and later Granada. Her site is packed with recommendations of where to eat, shop and travel. She shares her very ‘on the ground’ approach with readers and hopes to help fellow expats with loads of practical information including tips for buying property. If this city is in your relocation sights you’ll quickly mark many of her posts as ‘must reads’ including ‘FAQ on moving to Granada’ which includes costings on daily items, how to find work and places to live.

Green thumbs will appreciate this American expat’s blog; Karen is an amateur gardener and mum of two boys living in rural LaMancha, in a village of 400 inhabitants. Starting her drought-resistant cottage garden in 2012, it’s a joy to go back through old posts and see how her yard came to life. She shares progress updates and frequent shots of her beautiful blooms. You’ll soon appreciate that cultivating a thriving garden is no easy feat in the middle of sunblazed Spain. Karen also blogs about her long recovery – both physically and mentally – from breaking her back in a horse riding accident.

20-something English teacher turned full-time blogger Josh aims to inspire other young people to live and work in Spain. He writes about travel, culture and life in the country, with an emphasis on the city of Granada where he is based. Check out the ‘Living in Spain’ and ‘Teach English’ tabs for tips and personal accounts of finding work and apartment rentals. Josh also shares his best resources for learning the language and making friends as an expat. Josh’s blog is a really nice mix of practical information and personality; he’s a friendly ‘guy on the inside’ doing lots of the leg work for you.

Barbara somehow ended up living in a tiny village in Galicia, North-West Spain, hunting stories. She admits to having been ‘completely clueless’ when she first arrived; she had to cook on wood and had no running water. You’ll be relieved to know her living conditions have improved since then. Hers is a lovely blog if you’re looking to immerse yourself in random, everyday expat tales and indulge in posts featuring the amusing exploits of anonymous villagers. Check out her A-Z challenge pieces including ‘V for veggie plot.’

American Lauren has called Madrid home since 2011. She’s an entrepreneur, food lover and traveler sharing tips from where to eat to simple Spanish recipes. A former English teacher and now food tour operator, she really knows her stuff and proudly supports local businesses. Drool over her pictures of pinchos and tortillas, or gain an insight into what it takes to be your own boss in the country; a situation Lauren says kind of just snuck up on her. Add in her more personal posts about meeting her Spanish husband and getting married, and you’ll be happily exploring this blog for hours.

Californian Patty moved from LA to Barcelona where she lives permanently with her Catalan husband, who inexplicably believes she knows everything about Catalonia by some kind of cultural osmosis. She writes informative posts on local customs, traditions and Catalan behaviors, injecting her amusing opinions and contrasting with her American upbringing. Patty’s writing invites you to learn alongside her, and she also shares her passion for photography, documenting places and experiences.

Self Employed in Barcelona
http://selfemployedinspain.com/

This is a great blog for anyone looking to start a freelance business in Spain. When Barcelona-based Penelope decided to go self-employed, she was so shocked by the lack of information out there she decided to write about her own learnings. She’s no lawyer or tax expert, but has developed an invaluable community of freelancers in Spain who share their research, tips, how-tos and troubleshoot together. Penelope regularly posts about news relevant to the self employed, and has compiled handy lists of top cafes with wifi in various cities. Need some references for coworking spaces in Barcelona or information on crowdlending? You’ll find that too.

Gary White is a 79 year-old American living with his wife in Girona. The couple address the common question of how they made the big move, and what their lives are like in Spain. Click ‘browse our article archive’ to head straight to posts of interest to you. For those at the planning stages of their expat journey, Gary has a useful article series which includes a checklist of common considerations. He also shares his thoughts on world events, documents local happenings as well as the pair’s travels further afield.

We’re always on the lookout for more sites to feature – if you run a blog about living in Spain, leave us a link in the comments and we’ll take a look!