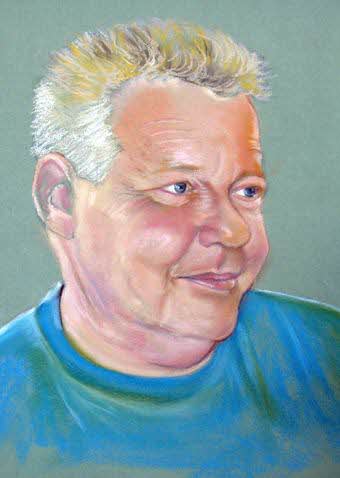 Lenox Napier moved to Spain as a teenager and has spent most of his life there. He is involved with AULAN (www.aulan.es), an organisation which supports small property owners in Spain by fighting corruption and injustice, including the infamous 'land-grab' of recent times.

Expat Focus: Lenox, can you tell us a bit about your background before you became an expat?

Lenox Napier: I’ve never been very happy with the word ‘expat’ (it sounds like I used to be a ‘pat’). My parents moved here from Norfolk UK in 1967 when I was thirteen. They bought a house for the usual ten pounds. I continued in school (Latin, beatings, uniforms, cold showers) in England during the term-times and drinking, smoking, dreaming about women, zipping around on a moped and staying up all night (holiday-times in Spain). Eventually, I persuaded my parents that they didn’t teach Spanish at my school and that I should move to an international school in Spain. So, at seventeen, I went to one in Seville (where you could smoke, drink, whizz around on your moped and move from theory into practice regarding women). I’ve never been back to England.Expat Focus: What prompted the move abroad?

Lenox Napier: My parents didn’t like Norfolk, which was – and no doubt still is – very class orientated. In Spain, you could do what you wanted without criticism from your peers. Me, I was happy to come along. In this I’m quite different from most foreigners who have chosen Spain over their home country. I was willingly ‘dragged’ here.

Expat Focus: What were the main challenges you faced when you first moved to Spain? How did you overcome them?

Lenox Napier: I learnt Spanish reasonably easy, mainly because I was young and the British community here was small (and a generation older than me). It is very hard for a foreigner to completely integrate here (there are, for example, no ‘European’ police, or civil servants, or pharmacists, or anything else white collar). You either start your own business, or work in some drudgery, or live on your wits. Or, best of all, you live on a comfortable income from your home country. I’ve lived in Madrid and Pamplona, but mainly in Mojácar (Almería).

Lenox Napier: I have been living here in Spain – with some small interruptions in France and the USA – for most of my life. Here in Spain, we Europeans are considered as, treated as and willingly participate as second class citizens (see our new non-residential communitarian blue/green A4s and passports – to be carried at all times. In European Spain. In 2009!) In 1992, I started Ciudadanos Europeos – a political association – with Per Svensson and José María Martinez de Haro. We organised some seminars in the Complutense (Madrid University) about Europeans’ rights. In 1994, Felipe Gonzalez agreed that the Europeans could vote in local and European elections, but, just before the 1995 elections, his minister Rubalcaba (the same man who took away our residence cards last year) pulled the plug on voting in local elections.

I was 42 by this time and had never been allowed to vote – in England or in Spain. I had also started a newspaper – The Entertainer – with a print-run by 1995 of 40,000 copies weekly. In 1999 I ‘sold’ it to staffers on a three-year buy-out but the process did not go as planned and in 2002 the name of the product was changed to the Euro Weekly.

Between my interest in foreign rights, local politics and rip-offs, I was very interested in joining in the start of the AULAN, which was, in essence, a way to expose small-town corruption, and to promote the ills of ‘illegal homes’, ‘land-grab’, ‘property fraud’ and so on.

Expat Focus: How successful has AULAN been in supporting small property owners in Spain? What are you still hoping to achieve?

Lenox Napier: We held a protest in Vera (Almería) when Len and Helen Prior’s house was callously demolished in January 2008. Following this, we’ve participated in another protest in Cantoria (Almería) – the events appeared on British TV recently as ‘Paradise Lost’ – and another larger protest in Almería City to note the first year of the Prior family living in their garage with a hose and a cable to refresh them – and a dunny in the garden. Some retirement! We have organised a few major meetings of like-minded associations and have just met with the Junta de Andalucía IU deputy for Malaga José Antonio Castro who will bring our problems to the Andalucian parliament when they reconvene in September.

The Spanish authorities were wrong to demolish the Priors home and have made no moves to discuss compensation. The ‘Homes in Hell’, ‘Paradise Lost’ and other television programs, plus wall-to-wall coverage in the European press about the ‘illegal homes and local corruption in Andalucía’, is doing untold damage to the local economy. The Spanish are – apparently – completely unaware of this (either that, or they don’t give a ‘monkeys’ about the foreigners). As an example, the ‘11,000 illegal homes in Almería’ – all belonging to Europeans – has caused sales to stop dead. Putting the ‘crisis’ and the falling pound to one side, Britons continue to leave their country for a better life abroad, but they are not coming here.

Lenox Napier: Crank up the volume. We are all Europeans, living in Europe. With the same rights and obligations. Anything less is wrong and infamous.

Expat Focus: What does the word "home" mean to you? Where do you consider "home" these days?

Lenox Napier: I was talking with the head of another ‘property group’ from Malaga. We agreed that we are neither ‘expats’, nor ‘colonialists’, nor ‘immigrants’, nor ‘Brits’, nor ‘turistas’ nor ‘guiris’. To live here in harmony, we can not think of ourselves as ‘exiles’ or ‘outsiders’. This town where we live must be ‘our town’ and we must join in as citizens on an even footing (and ‘screw Rubalcaba and his communitarian papers’). We decided after the second glass of wine that we are to call ourselves ‘Cosmopolitans’. Like it?

Expat Focus: If you had to give some advice to new forum members to help them with expat life in Spain, what would it be?

Lenox Napier: I think that the best thing about Spain is its magic. Travel around! Immerse yourself! Try everything! Live as a Spaniard would!

Expat Focus: What do you do to relax?

Lenox Napier: Write. I have two non-commercial webpages with pieces about Spain: www.theentertaineronline.com and spanishshilling.blogspot.com

Expat Focus: Lenox, many thanks for your time!