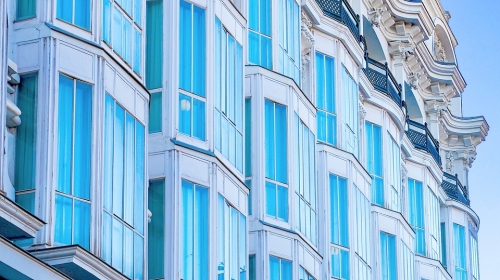 The Spanish property market suffered a crash during the world’s economic downturn, but expats were still heading to the country to snap up a home in the sun.

Today, growing numbers of expats from around the world are attracted to the Spanish lifestyle and the variety of homes available, which range from townhouses and villas to apartment developments and farmhouses.Data from Spain’s Office of National Statistics reveal that the number of home buying transactions rocketed by 20% over last year’s figure, with 35,500 homes changing hands. That’s the highest number of home sales since 2010, though it’s still lower than the heady heights of 2007 when Spain’s property market rocketed to record highs before crashing.

The INS says that along with British buyers, expats from France, Germany and Scandinavia are now playing a crucial role within the Spanish property market and there’s a steadily increasing number of Chinese buyers also heading to the country.

To underline how popular parts of Spain are, a government report reveals that 70% of homes sold to expats in Andalucia are found on the Costa Del Sol – Malaga is by far the most popular location.

The country’s Ministry of Development says that in the first six months of 2016, there were nearly 5,000 transactions there, a rise of 17% on the same period last year.

Across the region, expats appear to be flocking back to Andalucia where sales to foreign buyers rose by 19% to 7,105 purchases.

After Malaga, the most popular places where expats are buying on the Costa Del Sol are Almeria, Granada, Cadiz and Seville. 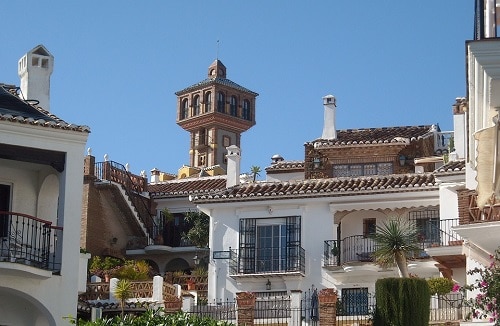 Malaga has also revealed that in the six months to March 2017 there will be 700,000 more seats on flights to and from the city to help cope with the growth in tourism over the winter and expats heading to their Spanish properties from their home countries. That’s a 23% increase in the number of airline seats available compared with last year.

In other words, Malaga receives around four million visitors each winter, and it’s not just Brits heading there with a growing number of flights scheduled from Italy, France, Denmark, Ireland and Turkey.

There are plenty of real estate agents to choose from in Spain, so expats will need to do their research thoroughly before buying a property there.

Another major attraction for expats is the transport links between Spain and the rest of the European Union, particularly the United Kingdom since lots of British expat retirees head to various parts of the Mediterranean coast in Spain.

Even with the Brexit result, Brits are still heading to Spain either to work or to buy a retirement property. The country is so popular that the UK government publishes its own guide on how to buy property in Spain.

Also, with the number of British expats living in Spain estimated to be between 700,000 and 1 million, it’s unlikely with any Brexit settlement that the British expats in Spain will receive a bad deal.

Another incentive for expats to head to Spain is that the mortgages are affordable thanks to low interest rates. Financial experts predict that these will continue, following two years of uncertainty over the future of some Eurozone countries.

These low mortgage rates have been fuelling the country’s property market for the past two years to become one of the most dynamic in the Eurozone. The country and the financial services industry is extremely wary of enduring a property price crash like the one they saw between 2007 and 2008.

One of the attractive reasons for buying a Spanish property is that expats can get access to excellent healthcare provision, particularly if they are retired.

Also, expat retirees from most EU member states can also draw their pension in Spain, though British expats will be suffering with the falling value of the pound which means their spending power is being slowly eroded.

Another issue with currency movements for expats from the UK who want to buy property in Spain is that the falling pound makes Spanish property more expensive, but relative to UK prices, the properties are still well priced and there are bargains to be found. 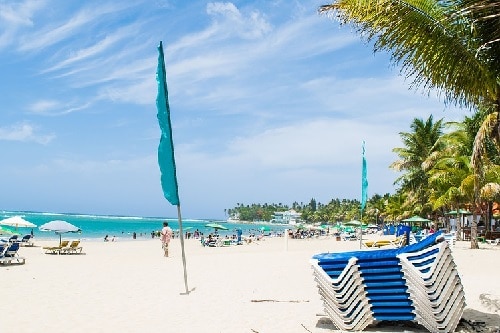 Spain's sunny beaches are a huge draw
© tavarez88 on Pixabay

It helps also that if an expat really is keen on buying a property then they could do so on a ‘spot contract’, which means the currency will be held on deposit at that particular rate and can be used for purchasing the property when necessary. With currencies fluctuating on a daily basis, this may be a sound business tip – especially if an expat locks in their currency exchange rate before the currency of their home country falls.

There are other costs for buying a home in Spain, which compare favourably to many other European countries, and these include a Spanish VAT rate of 7% on the property’s value, as well as legal and notary fees.

There’s also a specific Spanish tax for the cost of connecting to utilities and the local Town Hall will levy a capital gains tax on the plot’s value. For someone paying €120,000 for a property, they will be looking to pay taxes and fees of around €11,500 on the transaction.

One Spanish property firm says that British buyers haven’t been put off from buying in Spain – they have simply lowered their budget instead. Brits are now spending, on average, €150,000 to buy a property. That will still buy an impressive home; for instance, €110,000 will buy a three-bedroom penthouse in picturesque Torrevieja.

The firm says 62% of all enquiries are now for homes worth less than €150,000. This is the first visible effect the Brexit vote has had on the country’s property market.

There is also a lot to attract expats to buy a holiday home in Spain since the people are friendly and there’s lots to do; relocation is helped also with great food, nice nightlife and an interesting history and culture.

As another incentive, in the year to August, Spanish property saw a healthy price increase of 6.2% with the best performances being seen in the Costa Del Sol, Costa Blanca and Costa Brava – all popular centres for expats buying property.

Spanish property around the country fell by 0.5% over the past year, and experts are confused about why prices are stagnating or falling. The average price is still around 42% lower than the 2007 peak, which highlights just how much people were overpaying for property in the country when the property market was overheating. 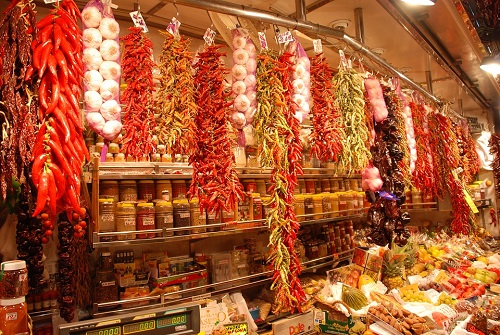 It’s important to highlight that this is unlikely to happen again, the financial institutions in Spain are wary and have tighter criteria not only for property buyers but also property developers. For expats interested in the Costa Del Sol, for instance, then the latest price increase joins sustained price improvement since 2013.

Housing experts say that interest from expats in the country’s holiday home market is buoyant and while the fall in the value of sterling has affected British expats purchasing power, it has apparently not affected their willingness to buy in Spain.

It should also be highlighted that expats are not just buying in popular destinations on the Costa del Sol but they are also heading to Madrid, where the average property is now around €435,000 (£411,000) and where homeowners can enjoy a city with impressive boulevards, a thriving fashion scene and lots of culture to enjoy.

Barcelona is also another city where prices are low, with the average price of a home now being €190,000 (£169,000). For expats looking for a Spanish property in a great location without the hefty price tag then Granada, at the foot of the Sierra Nevada mountains, offers homes from £150,000.

Another good reason why expats continue to buy property in Spain is that developers of new properties not only offer attractive finance deals but healthy discounts too. Local banks are also willing to lend to European residents, though they will ask for extensive paperwork including passports and residence permits.

One of the more controversial downsides is that a lot of property in Spain is not officially registered, so expats must make an extra effort to find whether the land the property is built on is legally available to buy. Expats should always ask for the title deed of any property they are going to buy and proof that real estate taxes have been paid.

For expats looking to buy a property in Spain, then there are a number of issues they need to bear in mind before parting with their cash:

• Set a budget and stick to it
• Visit a potential property several times
• Have a builder or surveyor examine the building before buying
• Speak with neighbours and visit at various times of the day
• Take lots of photographs and make a list of likes and dislikes
• Ensure the Spanish legal adviser thoroughly checks ownership details
• Ensure there is nothing outstanding legally or financially on the property.

As mentioned previously, the Spanish property market took a nosedive during the economic crisis but it has been making a comeback in recent years, fuelled by expat buyers led by British people, so prices are recovering. They are still well priced when compared with their pre-crash levels.

The falling pound could potentially affect the recovery of property prices in Malaga and Alicante, and may also put off British expats from moving to the country. However, Spain looks increasingly attractive to other expats from EU member states, as well as Americans.

Regardless of the European financial situation, Spain looks set to continue to be a popular choice for expats. Here’s our final look few tips that expats should bear in mind before jumping in and buying their dream home:

• Do not assume the laws for buying property in Spain are the same as your home country’s
• Understand Spanish property law and the various distinctions
• Using a conveyancing lawyer is crucial to prove rightful ownership
• Never sign any legal paperwork unless it’s been translated and a lawyer is present
• Consider using a building surveyor before purchasing
• Ensure the property is connected to utilities, and do not believe promises that there will not be a problem if not.

Have you bought a property in Spain? Share your experience in the comments below, or answer the questions here to be featured in an interview.