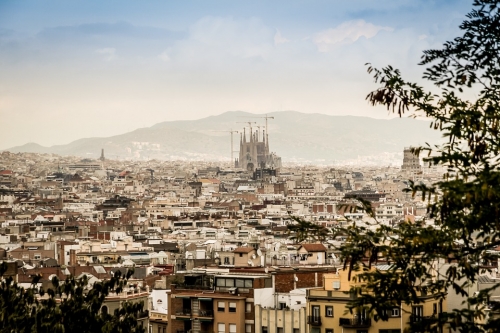 There’s no doubt that Spain’s sunny climate is a big attraction for many people, particularly those from the UK and northern Europe.

As technology advances, so does the enthusiasm to become self-employed and be an entrepreneur of sorts and for many, particularly for those working in the digital world, relocating overseas becomes a viable proposition. Many people are attracted by the opportunity to work from home doing something that they love to bring financial freedom.The pros for an expat doing so include that Spain has a lower cost of living than many countries, a warm and relaxing climate, a very good transport infrastructure and welcoming people.

In addition, Spain already has a thriving self-employed sector; it’s one of the largest in Europe with more than 3 million people. self-employed individuals are known as ‘autónomos’.

However, as we will explore in this article, despite the enthusiasm for self-employment in Spain it is not the easiest of countries to set up in business and it can be an expensive process just to become established.

For this reason, expats looking to become self-employed in Spain should really discuss their plans with a professional. It is important to consider the legal arrangements they will need to meet for starting up a business, as well as taxes.

Those moving to Spain for self-employment from another EU country can do so easily but they must register as self-employed, while those from outside of the European Union may need a visa to enter the country and they may also need a work permit.

Anyone wishing to be self-employed must register for Social Security (Seguridad Social) and income tax which will see them issued with a NIE – Number Identification de Extranjeros – (the equivalent of a National Insurance or a Social Security number). This will also bring a lot of paperwork and a lot of effort to register between offices.

The NIE can take anything from a few days to several weeks to process, depending on where the expat decides to sign up and get their number. 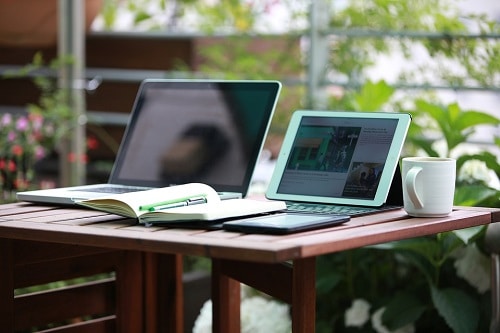 The NIE is a number that defines an expat as living and working in Spain. Spanish people are issued with a similar number called a DNI. The NIE will enable them to work as an employee as well as being self-employed and also enable the opening of a bank account, or buying property and obtaining utilities.

The autónomo will then need to register with the tax authority (Agencia Tributaria or Hacienda) in Spain as self-employed. This can be done online or at the tax office.

It should be appreciated that Spain’s self-employed status is not a one size fits all solution since there are different requirements for different industries; these definitions are important for when it comes to calculating ‘retencion’, or income tax.

Among the cons for self-employment in Spain is the hefty price autónomos have to pay in social security fees every month which add hugely to their running costs.

The standard amount being charged is currently €265 per month, but there are reductions available depending on the type of business and the situation of the individual, including their age and gender as well as how long they have been self-employed in their industry. 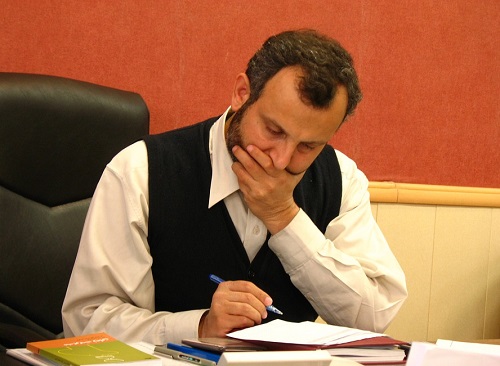 To highlight a potential problem, the Social Security fee is paid every month regardless of how much the autónomo actually earns though they will need to earn the minimum wage of €9,173 annually.

It’s also possible to pay a supplement to earn a higher pension and for sickness and accident cover while at work. For many self-employed people this is a worthwhile small fee.

However, unlike many other countries the social security contribution does cover them for healthcare and a pension, as well as unemployment and sick leave. The rate of contribution is the same regardless of how much the expat is earning as self-employed though expats should appreciate that they are not entitled to some benefits, such as a pension, until they have paid contributions into the system for at least 15 years.

Also, to help expats become established in Spain, the ‘tarifa plana’ is a scheme that runs for around 18 months which sees the social security contributions for the expat starting with a small amount and gradually increasing to the full amount. This system tends to be for autónomo men aged under 30 and for women under 35 though it’s also possible for someone who hasn’t registered under the scheme in the last five years to claim an 80% discount for the first six months.

On top of this, Spain also requires that self-employed people pay 21% VAT, or IVA (Impuesto sobre el Valor Añadido) as it is known, on their earnings for their customers who are located within the European Union – outside of the European Union, there is no VAT to pay.

The expat must charge IVA regardless of how much their annual turnover is; anyone supplying a service or goods which are subject to VAT/IVA will also need to file a return every quarter though their VAT bill doesn’t have to paid until January.

Expats who have a digital business must also charge IVA to their EU-based customers – this rule was introduced in 2015.

Expats working as self-employed in Spain will be paying the same level of tax as employed people though they will need to deal with the withheld tax system or retencion.

Essentially, this system sees the autónomo invoicing a Spanish company for goods or services and the company will need to pay part of that invoice directly to the tax office (the Agencia Tributaria); it’s a way for the Spanish government to ensure that self-employed expats do not leave the country without having paid their tax bill. 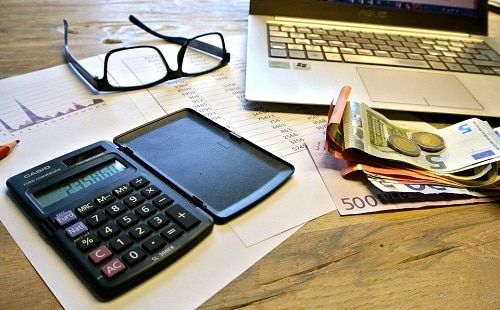 Tax returns are often difficult to figure out, and the rules are constantly changing
© yourschantz on Pixabay

However, the withheld amount is not an additional tax and will be refunded by the government at the end of the tax year and, just to complicate the issue, not all autónomos have to charge it. If the invoice is to an individual and not a company then retencion is not applicable.

To muddy the waters still further, the retencion rate for 2016 dropped to 18% from the 19% rate charged the year before – and for autónomos in their first three years, the rate is 9%.

Getting professional advice before becoming self-employed in Spain really will be money well spent! The tax system does change frequently and there are various incentives available to help people start up.

Likewise, with VAT overpayments the autónomo will need to wait until the financial year end before being refunded their income tax overpayment.

For many expats it would be worthwhile paying an accountant because Spain’s tax laws are strict and it’s worth having someone to navigate a way through them. Also, the laws about income tax payments are fairly complex since the company being invoiced may pay a slightly different retencion rate which will leave the autónomo with the difference to pay once a year.

Once the accounts have been calculated and the autónomo has been charging their 19% retencion fee on the invoice for work done then they may be due an income tax rebate at the year-end since their business expense will be deducted and they may have a surplus of retencion.

A tax return must be filed every quarter. Income tax for autónomos is 21% and this is also paid quarterly on account. Spain also wants to see an annual tax return submitted but this will reveal whether the expat is due a tax rebate.

Expats should appreciate that their quarterly tax bill will also need a calculation for the IVA they have charged on invoices minus what they can reclaim and the difference must be paid within a set timescale or they may risk fines for late payment. 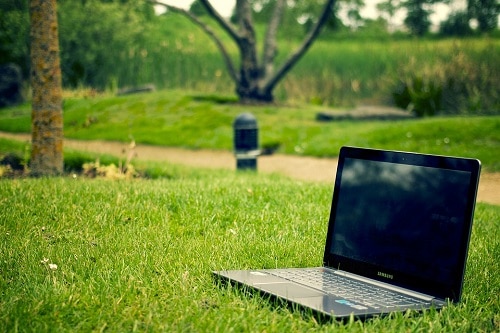 For many people, the freedom of freelance life is worth the stresses
© Picography on Pixabay

The process for registering as self-employed in Spain may appear daunting to some expats who are really keen to work for themselves so many people tend to hire a gestor, or business manager, who can deal with the necessary paperwork and help smooth the path to becoming an autónomo.

The gestor can also process the expat’s tax returns every quarter and this may be a sound investment since the rules on tax change regularly.

The expat will need to keep detailed tax and VAT records not just to comply with the quarterly tax submission but also in case they are audited by the tax authorities.

All relevant business expenses can be deducted from a tax bill including the accountant’s fees, office expenses, and car used for work purposes. The autónomo setting up fees can also be deducted, as can internet and phone services.

When it comes to invoicing, the Spanish authorities have specific requirements and all autónomos must issue and keep copies of all invoices for the work they’ve done, and must also retain receipts if they are deducting expenses for tax purposes. The invoice itself can be in Spanish or English, both are acceptable, though many expats tend to use bilingual invoices.

When it comes to VAT, or IVA, it should be appreciated that there is no minimum threshold for small businesses for charging IVA – for instance in the UK businesses turning over less than £83,000 do not have to register for VAT or charge it on their invoice.

To complicate matters, some autónomos are exempt from VAT but the criteria tends to cover insurance-related and educational suppliers, for instance language teachers.

For any expat thinking of moving to Spain to carry on their business who does not have any Spanish customers, they may also be exempt from charging VAT, though there are various factors regarding this. Specialist advice needs to be taken before anyone attempts to do so.

Expats who do meet these criteria do not have to submit their IVA/VAT return quarterly though they cannot recover VAT on their expenditure.

Spanish authorities are tough when it comes to collecting IVA. Any autónomo issuing invoices and charging IVA is to ensure that the payment is forwarded to the tax authority within the relevant timescale. Failure to comply will lead to penalties and fines.

However, the expat is also opening themselves up to legal action from the tax authorities to take their personal assets, which may include their home, if their IVA debts are unpaid.

There’s no doubt that becoming an autónomo can be a stressful and costly process but to be self-employed in Spain brings its own rewards and for many people who comply with the system and utilise the services of a gestor to make their life easier, then it’s worth the hassle and effort in registering and meeting their tax obligations.

However, it’s also worth taking on a gestor since the system for being an autónomo is undoubtedly complex and it is one that changes on a regular basis which may catch the unwary expat out and create a stressful and potentially very expensive problem to resolve.

The advice given in this article should not be seen as definitive since the tax, VAT and employment status of autónomos under the Social Security regime do change often, which is why professional advice should be sought before setting up in business.

Have you been self-employed in Spain? Share your experiences in the comments below, or answer the questions here to be featured in an interview.