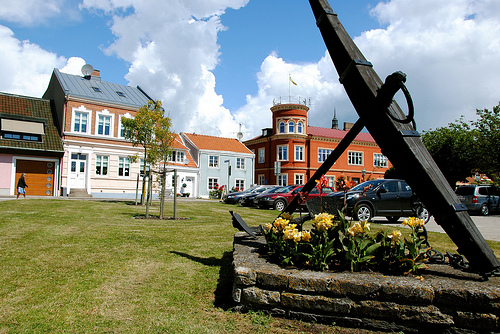 As an expat in Sweden, you can expect to receive some of the best social benefits in the world. Some of these include comprehensive healthcare at very low costs, five weeks’ paid vacation for employed individuals, generous parental leave and guaranteed state pension along with employment-based pension.

But the advantages of living in Sweden don’t stop there.The country also has an extensive public transportation system that makes commuting convenient and quick. Sweden is located close to the rest of Europe, making it easy to travel to places like Italy and France. Sweden also experiences some of the best summertime weather in the globe with the sun rising early and setting quite late, allowing you to enjoy up to five or six hours of sunlight even after your work day has ended.

Stockholm, Gothenburg and Malmö are some of Sweden’s most popular cities. But there are a few remote locations which are as interesting for expats as the big cities, if not more so. Here are five such places.

Sigtuna
This scenic town is located in the Sigtuna municipality of Stockholm County and has a population that amounts to just 8,444. Considered to be the country’s oldest existing town, Sigtuna was founded by the Viking king Erik Segersäll, or Erik the Victorious, in 980. The town’s quaint little wooden houses and winding streets keep its medieval character alive.

Many of Sigtuna’s residents commute to the capital city of Stockholm for work. The nearest train station is at Märsta, which is easily accessible from Sigtuna. From Stockholm’s Arlanda airport, a bus ride to Sigtuna takes approximately half an hour. There are a variety of shops, restaurants and cafés across the town. The place is also rich in rune stones, many of which bear messages from the Vikings, keeping history buffs enchanted during their stay in this lakeside town.

Trosa
Just 5,000 people live in Trosa, a small town that sits on Sweden’s east coast. It does attract tourists and the population tends to rise in the summer months, when many people visit their summer residences here.

Kayaking is a popular activity in Trosa, along with hiking the Sörmland trail, which is 900 km long. Trosa’s special attractions include the Tullgarn and Nynäs castles and many churches built during the Middle Ages. It takes an hour’s worth of travelling southwards from Stockholm to reach Trosa. This seaside town is full of antique shops, courtyard cafés and little bakeries.

Ystad
Made famous by television detective series Wallander, Ystad is an attractive town known for its pastel-colored houses and cobblestone streets. This town dates back to the 13th century and remains well-preserved. It also houses the country’s oldest monastery.

If you’re into culture, you might like to visit the theatre which dates back to the 19th century, or the cinema built at the start of the 20th century – both still in their original conditions. The ocean is in close proximity to all parts of the town, making it ideal for those who love to live by the water. The social scene here is also lively with many restaurants and shops.

Gammelstad
Near the city of Lulea is Gammelstad, a small church town of a type that was commonplace in northern Scandinavia in days gone by. The town was originally developed around a stone church that was built in the 15th century.

424 wooden houses surround the church, all of which are painted red with white doors and window frames. Gammelstad has been classified as a World Heritage Site and is accessible from Stockholm via flights to Lulea Airport. There are a number of popular local activities in Gammelstad, such as horse and sleigh riding, bread making, butter churning and blacksmithery.

Mölle
Mölle, located on the southwestern coast of the country, is an idyllic fishing village, which gained a controversial reputation in the 1890s due to its common baths for men and women – something that was considered scandalous at the time. Today, this harbor is more popular for its charming cafés, beautiful architecture and stunning natural scenery.

Mölle’s scenic harbor is located on the Kattegat Strait and is constructed from a rock jetty. It is the ideal place to engage in watersports, marine fishing and excursions of the coast. The closest airport to Mölle is at Angelholm, about 19 km away.

Those are our top recommendations for places to live off the beaten path in Sweden. Do you have any suggestions for good expat destinations? Let us know in the comments.