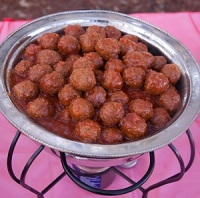 Sweden is an expat hotspot for many reasons. The social benefits that residents receive are among the best in the world. There are high taxes to be paid, but since this is a country where you get your money’s worth, most expats don’t mind it. The Swedish public transportation is known to be one of the most comprehensive systems across all countries. The weather offers the best of both worlds. Winters are the time for a myriad of fun activities like ice-skating, sledding and playing hockey among others. Summers are a unique experience when daylight begins very early and ends very late. This gives ample of time for summertime activities like kayaking and picnics. For those making the move to Sweden, here are some things you simply must do before returning home.Meet the Christmas Goat of Gävle

Since 1966, the Christmas Goat has been a long-standing tradition in the little town of Gävle in Sweden. The Gävlebocken is a straw goat that stands proudly displaying its arced horns and festive red trim. Something that has also become part of the tradition is an attempt to burn the straw goat, while the townspeople try their best to protect it. The whole thing begins on the first Sunday of Advent every year. Everyone gathers at the Castle Square to watch the 43-foot, 8,000-pound Gävlebocken being hoisted up. In recent years, the goat’s straw was dipped in anti-inflammable liquid to protect it from arson attacks, but in vain. However in 2014, the brave goat did survive three arson attempts and is being sent off to China to participate in the Year of the Goat celebrations.

Try Swedish cuisine on a budget

Sweden has many fantastic restaurants, but eating out can sometimes become too expensive. Here’s where dagens lunch or lunch of the day comes in. Swedish restaurants have a set menu incorporating items like a salad, bread, main entrée, a drink and coffee for an affordable price. On Thursdays, restaurants usually serve pancake and pea soup, the national favorite in the country.

Play a match of Swedish Bandy

Swedish Bandy is a ball game played on ice that was introduced in 1894 in Sweden. The Swedish royal family and other important persons of the state were the initial players. Bandy is the main sporting event in many places in the country and has been integrated into the national culture. The World Championships were started in 1957 and Sweden has won five titles over the years. The rules are somewhat similar to those in football. There’s even some etiquette required on part of the spectators. It’s a tradition to bring along a ‘bandy briefcase’. This is a weathered, brown leather suitcase equipped with a thermos containing a warm beverage and/or some liquor. This is to keep spectators ‘warm’ since Bandy is usually played outdoors during the winters.

Vaxholm is the name of a town located on the island of the same name. Its central location on the archipelago makes it an excellent place for boat travel, thus earning it the nickname of ‘Capital of the Archipelago’. Vaxholm is not very far from Stockholm and its charming atmosphere makes it a perfect summer getaway. One of the main attractions here is the Vaxholm Fortress, built in 1548 to protect Stockholm from invaders through the northern sea. You can pay the fortress a visit and also explore the museum. The town may get crowded during peak tourist season and accommodation costs also increase, so one of the best things to do is have a picnic on the beach. The views of the water from the island can be breathtaking.

This national park houses an ancient forest full of incredible biodiversity. The village of Tyresta is the gateway to the well-maintained park and nature reserve. There are plenty of trails to explore and get a firsthand look at the unspoiled natural beauty. In fact, there is approximately 55km of trails through the whole of the park. Visit the Rock Lake, where large smooth boulders line the bottom of the lake. The Tyresta National Park is located about 20km south of Stockholm and you can reach it by bus, train or car.