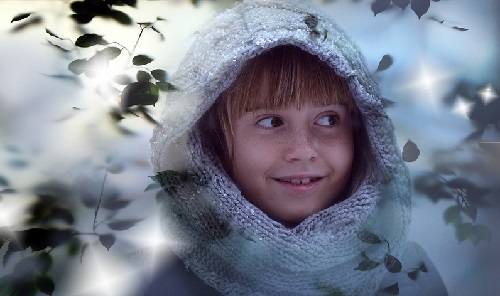 Leading the expat life can have several ups and downs for a family with young children. On the one hand, the little ones get to learn about a new culture and lead a novel lifestyle as they grow up, but on the other, they may feel alienated in a foreign land without the support of their family, friends, and teachers.As a parent, the happiness and wellbeing of your children is probably of paramount importance to you. It is therefore essential to make sure that the expat destination you choose is the right place to raise your family. There are various factors that you will need to consider carefully before you decide to make the move.

So what are the things you should look at to determine if a country is a child-friendly expat destination or not? Is it the quality of childcare, education and healthcare or other aspects such as social life, things to do or safety and security that will be more important for your children? Do keep in mind that all these factors are important to a child’s happiness and overall wellbeing.

The key is to find the right balance of these features so that your little ones get to experience the best of all worlds, especially when they are going through their formative years. Fortunately, finding such a place need not be a major challenge for a parent anymore.

In the recent survey that was conducted by HSBC, the Kingdom of Sweden was rated as the best nation for a family to raise children overseas for the second year in a row. The rankings were based on questions that were related to an expat family’s social life, closeness of partners, tolerance, quality of childcare, quality of schools, overall cost of children, health, integration, and quality of life. While most European nations fared quite well in the index, many places in Asia as well as South America got scores that were relatively low.

More than 26,000 expats settled in 45 different countries around the globe participated in this study. The Czech Republic came in at second place and Singapore ranked as the third best country in the world for expatriate families. Other nations that also featured in the top 10 include New Zealand, Canada, Austria, Spain, Russia, Bahrain and the Netherlands.

Some of the more obvious places like the United Kingdom scored quite poorly, at 29th, below nations like India (24), Japan (25), Switzerland (26), Malaysia (27) and Mexico (28). The United States was in the bottom 10, coming in at the 37th place, only better than China, Saudi Arabia, Egypt, Kuwait, Brazil, Indonesia, Chile and South Korea.

So what makes Sweden the preferred destination for expat families with young children?

A healthy lifestyle was the main reason for Sweden’s high ranking in the survey. One of the parents explained that kids spend a major part of their day outdoors and have fresh food on a daily basis. About 70% of the respondents stated that the quality of their young ones’ lives had improved to a great extent since they moved to this Scandinavian country. This was a lot higher than the global average of 49%. Some of the other prominent advantages of raising children in Sweden included its superior education and the ease of settling in. Several expats also found this country less expensive for childcare and education in comparison to others. Some of the participants rated the quality of childcare higher than what is available back home.

This sentiment is in line with another survey on 2016’s Best Countries that was conducted in partnership by the brand strategy organization BAV Consulting and the Wharton School of the University of Pennsylvania. The aim of this study was to gauge global perception of the major global economies on specific attributes. The 8 attributes are happiness, safety, education system, healthcare, family friendly, human rights, gender equality, and income equality. According to the 16,000 respondents who filled out the survey, the places that were perceived to be the best countries to raise kids were Sweden, Denmark, Canada, the Netherlands and Australia.

Sweden usually promotes itself as a highly child-friendly destination and this message seems to be resonating with people across the globe. The country’s policies are known to provide support to families. There is a strong sense of gender equality in Sweden, and fathers in this country are expected to do their share when it comes to raising their young ones too.

As a parent residing in Sweden, you are entitled to 480 days of paid leave (till your child turns 8), 60 of which are reserved for the father. Both parents get 2 months of leave designated exclusively for themselves, but these can be transferred to the partner, if required. The government offers a monthly allowance for each child and gives you the right to reduce your number of working hours until the time your little one turns 8. If your child is not well, it is possible for you to take the day off. This practice gives parents a fair chance at focusing on their careers while their children are still young. This is why more than 81% of the kids have working mothers and 92% have fathers with jobs. Many of the parents capitalize on their leave allowance and go on long vacations with their families.

Most studies and surveys show that children who grow up in Sweden tend to be happier than those in other parts of the world. Here are some of the reasons why you should consider moving to this country with your little ones.

The education system in Sweden offers great opportunities for children of all age groups and abilities. Most institutes have regular school as well as teaching programs for kids with learning disabilities. There are many after school activities, which are available at a nominal cost. Pre-school education is also widely available in all cities.

The quality of state-run education is on par with the other developed nations in Europe and public schooling is compulsory, as well as free for all resident kids between the ages of 7 and 16, regardless of their nationality. A majority of students attend the first three years of Upper Secondary School too.

These schools are administered by the local municipality and follow the Swedish National Curriculum. However, since the language of instruction is Swedish, a number of expat students choose to attend Private or International schools, which can be quite expensive. There are a couple of public schools that offer instruction in English.

Unlike other countries, students in Sweden are encouraged to think independently and question norms, even at a young age. Overall development, social skills and participation in extracurricular activities are given almost as much importance as academic performance.

The Swedish lifestyle offers ample opportunity for children to spend time outdoors, enjoying nature, instead of being cooped up at home or in a classroom. Moreover, there is plenty from them to see and do all year long! Unlike other countries, the Swedes don’t let the climate stop their kids from engaging in their favorite activities. The motto of a Swedish parent is “There is no bad weather, only bad clothing”. The adults just make sure that their little ones are well layered when the temperature drops and don rubberized rain gear when it pours.

During summer, the sun stays up almost all day long and kids can spend more hours practicing sports or playing in the park. A majority of younger people are involved in activities like horse riding, swimming, kayaking, trekking, camping and cycling. Sports like football and ice hockey are also popular. There are numerous theme parks, museums and zoos to keep your young ones occupied.

In the winter months, the sun can set as early as mid afternoon. Children are often made to bundle up in warm clothes and play outdoors. Families generally head to the mountains in the northern region, for some cross-country or downhill skiing as well as snowboarding. As the lakes freeze over, ice skating in the open becomes a favorite pastime for many children.

During more temperate weather, kids often take naps in their backyards, as it helps them sleep longer. The fresh air helps boost their immune system.

Almost every shopping center will have a day care center, a play area and a library so that the children can stay entertained while their parents shop. Most parents encourage their kids to read. Singing and playing a musical instrument are also very popular as extracurricular indoor activities.

Internet and television are common means of entertainment for younger people in this country. A lot of kids spend up to 3 hours a day engaging in one or both of these activities. Many Swedish teens are actively into gaming, blogging, chatting and social networking.

There are about two million young people (20% of the national population) below the age of 18 in Sweden and their lives include different benefits, which are not limited to free schooling and high speed internet connections. The local laws ensure that youngsters and their rights are taken care of at all times. The country also has numerous organizations that are specifically dedicated to the wellbeing of young people.

In 1979, Sweden was the first place in the world to make spanking or hitting children a criminal offense. A few years later, in 1993, the government appointed an ombudsman to look after children’s rights and protect their interests.

The country also has an NGO named Children’s Rights in Society (BRIS), which offers support services like a telephone helpline, email counseling and chat options for children in distress.

“Friends” is another organization that is especially dedicated to the eradication of bullying in schools and outside (for example, during organized sports activities). Since its inception in 1997, this entity has been working closely with around 1,500 schools.

“Save The Children” is a group that believes that every child deserves a future and defends the rights of young people. It has more than 75,000 members in Sweden.

The children in this country are taught to make the best of waste at a very early age. Nearly 90% of all aluminum cans and polyethylene terephthalate bottles are recycled. Each spring, after the snow melts, the Keep Sweden Tidy Foundation organizes a special event for a day, where school children clean up their surroundings.

Everyone has access to the great countryside without any restrictions, so that they can get closer to nature. However, people are expected to show consideration towards wildlife as well as other people. These principles are inculcated into children at a young age too.

While Sweden is undoubtedly one of the most child-friendly expat destinations in the world, not all kids will adapt to this place instantly. Some of them may find it difficult to settle down because of the differences in language, food, culture and overall lifestyle. It is therefore essential that you ease your little ones into their new environment gradually and give them some time to adjust.

Are you raising a family in Sweden? Share your thoughts in the comments or email scar@expatfocus.com to be interviewed about your experience!