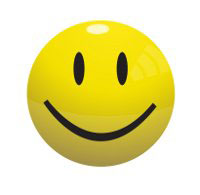 Sweden is the fifth best place to live in the world, says the 2013 World Happiness Report. This may be at least partly behind the fact that the country remains a popular destination for expats. Sweden is a land of natural beauty and high technology; it lays great emphasis on cultural traditions, and accommodates ultra-liberal values at the same time. Expats are drawn to the many benefits of living in Sweden, such as increasing economic opportunities, great social welfare, and the promise of a high quality of life. Here are some reasons why moving to Sweden may just increase your happiness quotient.

Sweden is one of the largest and also least populated countries in Europe. The Swedish Lapland is today the last remaining wilderness in Europe. It is a place where mountains and lakes can be found almost everywhere you look.If you love the outdoors, you will feel right at home here. There’s much to do, from kayaking along the Bohuslan coast to biking along the winding paths that introduce you to many prehistoric sites and old churches. There are even one-day trails for those who love hiking. If you’re feeling more adventurous, you can take a multi-day hike, which is actually quite convenient, because you are legally allowed to camp anywhere in the country! Summers in Sweden are mild and sunny, and are the best time to enjoy the natural beauty of the country. The days are long in summer, giving you enough time to enjoy the outdoors after the workday. Plus, there’s clean air and water almost everywhere.

Stockholm was given the title of Europe’s first Green Capital in 2010, because there had been a 25 percent cut in emissions since 1990. The city has also set an important goal for itself – to become independent of fossil fuels by the year 2050.

All workers in Sweden get a mandatory five weeks of paid vacation. This increases for older individuals and government employees. Parents can heave a huge sigh of relief too, as they receive a generous 480 parental days per child. This allows for better bonding between parents and children, and is also the reason why Sweden is considered to be one of the best places to grow up.

Children are entitled to child allowance or Barnbidrag, a tax-free amount that is paid to the parents until the child turns 16. After that, children can receive a study allowance, called Studiebidrag. Families with two or more kids receive a special supplement. There is also a housing allowance for those whose household salary falls under a certain limit.

Sweden also has a good pension system. The retirement age is flexible and one can start drawing one’s pension from the age of 61. Since there is no fixed upper limit, the longer one waits to draw pension, the higher the amount works out to. For an individual earning the average salary in Sweden, which is 260,000 kronor, he or she will receive 55 percent of that as pension. Most Swedes also get occupational pensions, amounting to about 15 percent of their salary. This means that, in all, one can be sure of getting at least 70 percent of their income after retirement.

There is an efficient public transport system in Sweden, with a network of trams, subways and buses linking all parts of the country. In most European countries, it becomes necessary for many to own a car, but this is not true of Sweden. This considerably helps to reduce expenses.

Sweden is a business-friendly country with a modern outlook and open environment. Starting a company here can be a quick and simple process. Details about the entire process and the required forms are available in English online. The country also has a track record of extremely high productivity in spite of the generous benefits involving parental leave and vacations. Along with being centrally located, Sweden also has a skilled labor force that includes a high percentage of women. Labor relations in Sweden work quite smoothly and conflicts are rare. The country is able to achieve a high level of growth and innovation because of its modern workplace education, training, delegation of responsibilities and inclusive decision-making.