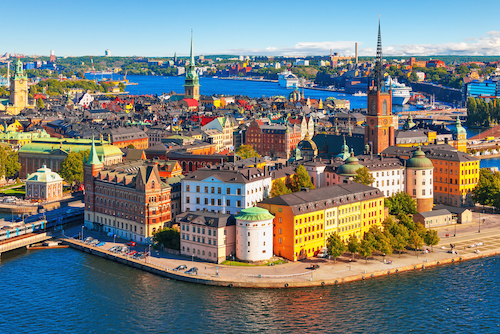 Sweden is a popular place for expats to relocate due to its above-average salaries, sharp focus on gender equality and substantial parental leave. As a result, demand for available jobs is high and employers are in a great position to be particularly selective as to whom they appoint.For European Union (EU) and European Economic Area (EEA) citizens, moving to Sweden is a simple process; you will be afforded the same rights to work as natives. For those living elsewhere, a Swedish residency permit will need to be obtained upon relocation.

Begin your job search online, as most vacancies are posted here. You may also find networking fruitful, particularly on sites such as LinkedIn. In Sweden, networking is a popular way to secure interviews and jobs – as many as 60% of all positions are filled in this way. Many jobs require the applicant to be fluent in Swedish, and those that do not may well favour individuals who have at least a working knowledge of the language.

Your CV should follow the traditional format: contact details, qualifications, work experience and job history, skills and hobbies. The full document should not exceed two pages of A4. A passport-sized photo is also a requirement for many jobs. 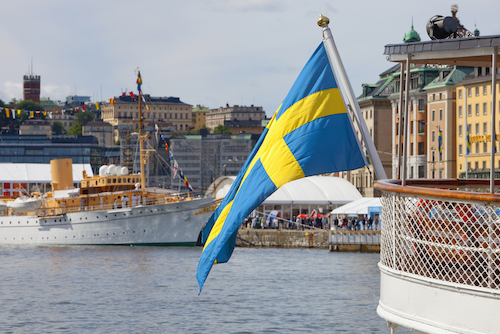 Most jobs will require a working knowledge of Swedish

Your cover letter should be polite but informal to tie in with Swedish culture; natives rarely use Mr/Miss titles, even in the workplace. To begin a letter, you should start with “Hello” and the recipient’s first name, rather than anything more formal. The rest of your cover letter should follow the standard format.

The key to finding a job in such a fiercely competitive market is to make your application stand out. Apply in Swedish, for the best chance of success. If you do not already know the language, you may find that learning it will increase your chances of employment. The Swedish culture holds community at its heart and employers usually prefer applicants who at least show willing in the language department.

To apply for most jobs, you will need at least a university degree; relevant experience is not a requirement but would prove useful. For specialised jobs, such as teaching, you may have to adhere to specific requirements prior to submitting applications.

Each year, Sweden releases a list of job shortages, usually for skilled positions. Expats looking to move to Sweden should consult the list prior to relocation. At the time of writing, some of the professions included were:

If you are trained in any of these areas, it is likely that you would not even need to fulfil the language requirement to be accepted as the demand is so high. 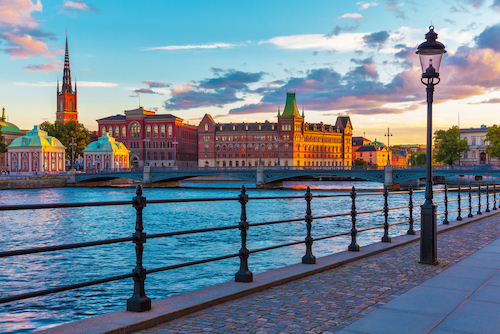 Some industries have a high demand for new workers

Moreover, some of the world’s largest multinational companies are based in Sweden, including H&M, Ikea, Skype, Spotify and Volvo. For many expats, the attraction of multinationals is due to the likelihood of being able to work abroad without first being proficient in a second language.

Despite Sweden’s informal culture, job interviews should be approached with professional formality. You may not be expected to dress in business attire once working for a company, but it is mandatory to dress in such a way for the interview. Being too late or too early is considered rude in Sweden, so aim to arrive no more than five minutes before the start of the interview.

Sweden is one of few European countries with no set minimum wage. However, the average salary is actually higher than most other European countries. This is partly because the cost of living is high, though it is not the highest in the EU. Expats in Sweden can expect to spend around 30% of their wage on rent alone but should still be able to live comfortably, if not save a huge amount.

To register as self-employed in Sweden, you must first acquire a residence permit; specifically, the Swedish residence permit for self-employed persons. Unlike other permits, this one can take up to 12 months to be issued but is then valid for two years. In order to acquire this permit, you must already have an established business with at least one client. 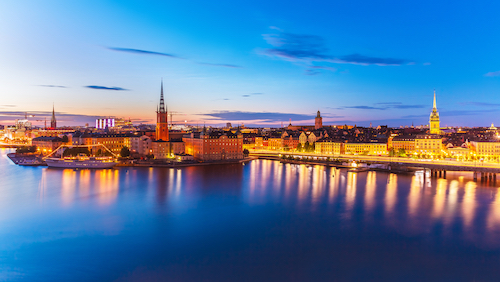 Self-employment is a relatively popular option in Sweden

You will need to register yourself as a private company or sole trader. If you have a business partner, you can enter into a trading partnership, which means that you and your partner are equally responsible for one another’s debts and agreements. In addition to registering your business, you will also need a personal number from the Swedish Tax Agency (Skatteverket), which will register you with the Swedish tax authority.

It is easy to find work as a freelancer in Sweden both online and by networking. The most successful self-employed expats in Sweden are those who work in I.T., fashion, writing and proofreading, and app development.

Even if you choose to become self-employed, in Sweden it is mandatory to pay into the social security system. This entitles freelancers to many of the same benefits as regular employees, including:

Naturally, some benefits will be managed differently for freelancers than those working for a company. For example, should you need to claim sick pay, you would need to report your illness during the first week in order to receive the benefit. You would then be paid an amount based on your income.