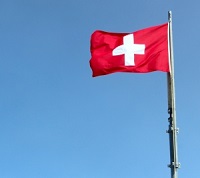 Switzerland’s cultural and linguistic diversity makes it easy for most European expats to settle down and assimilate. Nevertheless, culture shock is an inescapable reality that any expat has to deal with when moving to a new country. Dealing with culture shock is never easy but a simple way to reduce it is to familiarize yourself with the customs and practises of the country. Here are a few things to keep in mind about living in Switzerland:

Switzerland has 4 official languages – not one of them is English! French, German, Italian and Romansh are the four national languages and approximately 65% of the population speaks German. However, English is a very widespread language, especially in tourist areas.Local Language Signs

In areas that are not close to tourist hotspots, most signs in restaurant and pharmacies as well as transport announcements are in the local language. Even packaging and signage will be in German or French with little or no English.

Language of application for official documents

Immigration documents and work visas are generally in German and French so if you don’t know either language, you might face some problems filling out these forms. In such a case, it would be best to hire an immigration consultant who would be able to assist you.

The rules on the collection of household garbage are quite strict, and in many cases, they can be very confusing! Get a copy of your city’s garbage calendar to make sure that you are up-to-date on the process. There are fines for putting your garbage out too early or even for putting it in the wrong bag, so be careful!

You are expected to collect your paper and tie it into neat six-inch stacks and tie it with a string before putting it outside to be collected. If you do not follow the system, you can expect to see your papers still outside with a note informing you on the right way to dispose your waste paper!

As Switzerland is at a very high altitude, you will develop sunburn quite easily, so make sure that you slap on plenty of sunscreen lotion before you venture outdoors. You should also wear sunglasses to protect your eyes.

A 7.6 percent VAT (Value Added Tax) is levied on services and the purchase of goods. Further gratuities are not required, but if you are very happy with your service, you can leave a 5-10 franc tip.

It may seem strange to see private homes with the national flag displayed but this is just one example of how patriotic the Swiss can be. Even second and third generation immigrants are not easily accepted until they have learnt the local language. In Switzerland, conformity is the key to being accepted.

Although the local people are not openly hostile to expats, they are not particularly outgoing or friendly either. With the increasing influx of immigrants into the country, some local inhabitants hold the view that immigrants and expats are “taking away” valuable jobs.

It is considered impolite to simply walk up to the shop owner and state what you require. Instead, you are expected to greet them first with a ““Bonjour Monsieur” (or Madame) or the German equivalent before you let them know what you want. This would also apply for hotels, banks and any other service based industry.

The Swiss are punctual to a fault! You are expected to always be on time – whether it’s for a board meeting or a playdate! Until you get used to your new environment, it would be best to try to arrive a little early for your appointments.

Many apartment buildings have strict “quiet hours” where even simple chores such as using a washing machine or carrying a trash bag with bottles are forbidden. Some apartment buildings even go so far as to prohibit the use of a toilet flush after 10 p.m.!

Silent zones on the trains

Some cars on the trains are designated “silent Zones” and the use of cell phones or even talking loudly to a fellow passenger is prohibited. If you must communicate, make sure that you do so in hushed whispers.