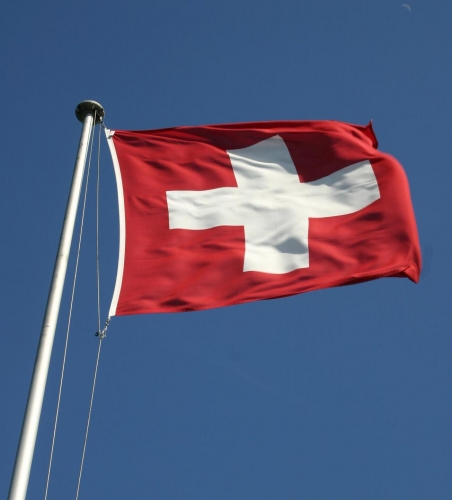 Switzerland often tops the list of the best places in the world for expats to live in because of its high standard of living, low crime rate, booming economy, modern infrastructure, scenic beauty and natural resources. However, life in this country isn’t ideal for everyone. There are a few aspects that a foreigner should carefully consider before making the decision to move to this Alpine State.

There are 4 national languages in Switzerland and English isn’t one of them. More than 65% of the Swiss speak German, and the type of German differs from the language you would hear in Germany itself.The rest of the population speak French, Italian and Romansh. English is only widespread in the major cities and in the tourist areas. Unfortunately, most of the signs (shops, restaurants, pharmacies, transport announcements) are in German or French. Visa and other application forms also need to be completed in German. It is best to learn one of these languages soon, so that you can find your way around more easily.

Socializing with the people

If you’re trying to make friends with the Swiss, you’ll have to take the lead and not stop at just introducing yourself. Unlike the US and the UK, newcomers in Switzerland are expected to invite their neighbors into their home for drinks and some finger-food. Doing this will help the locals warm up to you. However, it may take a while for them to return the invitation. Don’t be surprised if you receive an invitation to a neighbor’s garden for drink, before being welcomed into their home. A few of the Swiss also keep away from the expats because they are of the view that immigrants are taking their jobs away.

Following the dos and don’ts

Being “fashionably late” isn’t fashionable in this country at all. The Swiss are extremely punctual people and expect the same from everyone, at all times. If you are meeting a local for work or a social event, plan your schedule so that you arrive at least 5 minutes ahead of time.

Loud noises are frowned upon by most of the locals. In fact, several residential buildings follow “quiet hours”, during which noisy tasks like running a washing machine or carrying bottles to the trash are forbidden. In some places residents aren’t even allowed to flush their toilets after 10:00PM.

Several trains too have “silent areas”, where you are not allowed to talk on the phone. In fact people do not even converse in regular tones with fellow passengers.

It is considered rude to directly state your need when dealing with waiters and shopkeepers as the locals always greet them first. Tipping at restaurants isn’t a common practice but the locals will pay 5 or 10 francs if they are very happy with the service.

Adjusting to the cost of living

It is a well-known fact that salaries in Switzerland are among the highest in the world. At the same time, almost all foreigners feel that they pay a lot more for food, accommodation, traveling and healthcare in Switzerland as compared to their home countries. Expats also pay a significant part of their earnings in taxes every year. As a result, they end up saving virtually nothing, or at least a lot less than they did back home.

Job opportunities in Zurich & Geneva are fairly high, especially in the banking industry. The immigration officials have made it quite easy for citizens from the European Union to seek jobs in Switzerland. Unfortunately, employment for non-EU citizens is much more difficult. Work permits for foreigners from outside of the EU are subject to quotas and applicants need to possess special skills that are not easily found within the country. This also applies to dependents, who require a separate work permit to find a job.

You will need to provide hard copy documents in your everyday life in Switzerland. The basic documents for processing a visa include:

Most agencies do not accept digital copies of these documents and applicants therefore need to present hard copies everywhere they go.