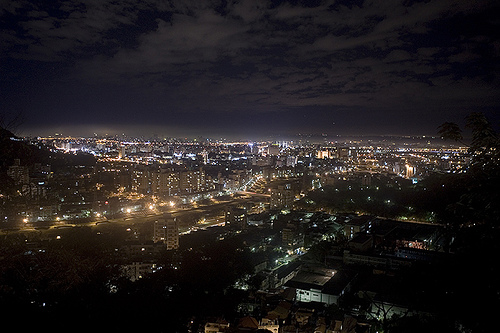 As is the case with travel to any part of the world, visiting or living in Taiwan may expose you to certain risks and safety concerns, but this in no way makes it a dangerous place to live! Taiwan is in fact a very safe place for most expats, and most of them say that they are quite at home in the country and don’t really need to worry much about their safety, especially in metropolitan areas like Taipei.Of course, expats need to be cautious, as they should be in any big city, but there are no special safety concerns or threats as in the case of areas in the Middle East, like Saudi Arabia or Egypt.

Taiwan truly is a cultural melting pot, with people from all parts of the world being embraced and accepted, irrespective of their religion, socio-economic status or sexual orientation. Crime against foreigners and expats in Taiwan is uncommon, and most locals are extremely friendly and helpful. This is a large part of the appeal that Taiwan holds for expats and tourists as well. In the big cities, it is even safe to travel via public transport at night, but it’s best not to travel alone. Local law enforcement officials are extremely helpful, and as an expat in Taiwan you can be sure that the police will come to your aid if required. There is no gun violence in the country, and not much violent crime in general. The most danger you will ever be exposed to is most likely when you are behind the wheel and at the mercy of rash motorists!

Yes, all of this does make Taiwan sound like some kind of tropical paradise, and while that may be true to some extent, if you aren’t careful you can of course find trouble in paradise too. Here are some points to keep in mind so that you stay safe in Taiwan.

Taiwan has a democratic government and as is the case with any vibrant democracy, public participation in governance is essential. This is often manifested in public protests and demonstrations that are very common when elections are approaching. Taiwan is a young democracy, but since its democratization in the early 1990s, cases of political violence have been rare. Most protests and public gatherings are peaceful, but you should make it a point to avoid such demonstrations and be cautious, as there is always the possibility of a peaceful protest turning confrontational.

Taiwan’s crime rate is extremely low but there are certain areas where criminal activity is higher and it is best to avoid such areas. Seedy massage parlors, saloons and nightclubs in some areas are run by criminals and they serve as a cover for prostitution and human trafficking. Incidents of assault against expats and tourists in such bar and nightclub districts are not unheard of. You will be able to differentiate between legitimate businesses and shady ones by the manner in which they operate. While legitimate businesses promote their services and display their interiors openly, illegal joints avoid advertising and their interiors are hidden from prying eyes.

As an expat in Taiwan you don’t really need to worry about getting around as public transport and the subway system are extremely safe. Nevertheless, it is prudent to avoid travelling alone at night, especially if you need to use taxis. Women need to be more cautious and will be safer if travelling with a companion. Incidents of purse and jewellery snatching may be a problem in some areas, so be watchful.

Taiwan’s geography may make it a tropical paradise, but it can also turn deadly at times because of disasters like earthquakes and typhoons. While earthquakes are hard to predict, typhoon season generally falls within the months of July to October. Taiwan treats disaster response preparation very seriously and you can also keep yourself updated about typhoon and earthquake alerts via FM 100.7.

Taiwan has an extensive list of traffic laws, but there are challenges with enforcement, especially when it comes to two wheelers. The most danger you will face living in Taiwan will probably be on a two wheeler, as two wheeler accidents are the main cause of fatalities among most expats and tourists in the country. It’s not always possible to avoid riding a bike, but exercise caution when you do so. Drive carefully when travelling to rural areas and along coastal roads in the eastern parts of the country as they are more vulnerable to flooding and damage.

Be wary of individuals who misrepresent themselves over the telephone as there have been several cases of fraud, with people posing as government or bank officials so that they can obtain personal financial information. Such crimes are often the work of criminals in other parts of Southeast Asia or mainland China, which makes identification, arrest, and prosecution challenging.