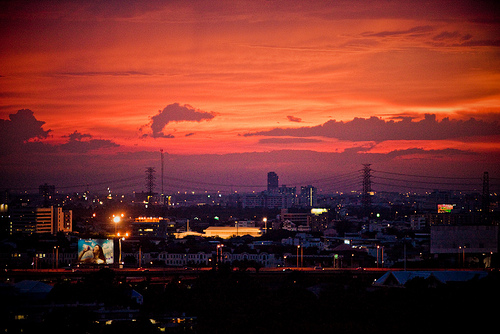 Beautiful beaches, pleasant weather and a laidback lifestyle are just some of the advantages of living in Thailand. Expats also benefit from the emerging economy and profitable business prospects. The expat scene in Thailand is vibrant, especially in the capital city of Bangkok. Phuket and other southern areas of the country are more popular among retirees and foreigners who have their holiday homes in the region.

At first glance, Thailand seems nothing short of an island paradise.However, there is a darker side to the country that expats should be aware of, so that they can take the necessary precautions.

Even though prostitution is not strictly illegal in Thailand, it is subject to solicitation and public nuisance laws. In practice, it takes place across the country, and much of the time local officials who have commercial interests in the sex trade protect and perpetuate the practice.

While a small percentage of women may willingly enter the flesh trade, most do it to escape desperate financial conditions for themselves and their families. Many women are from the poorer areas of northern Thailand, Laos, Myanmar, and Cambodia. In some cases, sex workers may pose as regular guests at clubs and bars and approach potential clients.

The more serious problem is that of child prostitution. Reliable statistics on this are not easily available due to its clandestine nature, but the estimate is that up to 40,000 children, including foreign children, have been exploited. As is the case in many other countries, tourism plays a major role in such exploitation.

Women working in the sex trade are susceptible to several sexually transmitted diseases, which can then be further on to their clients. In fact, Thailand was listed among those countries in the Asia-Pacific that have the majority of the world’s HIV-infected people. Foreigners and expats who do not use proper protection while engaging the services of sex workers are increasing their risk of contracting sexually transmitted diseases, including HIV.

In May 2014, the Thai army conducted a coup and took control of the country after suspending the constitution. Foreigners in Thailand have not been adversely affected by these developments, although the governments of certain countries have issued safety alerts to their citizens. Since the coup, the military dictatorship ruling Thailand, the National Council for Peace and Order (NCPO), has placed severe restrictions on freedom of speech and assembly as well certain other human rights.

Expats should stay away from any street gatherings or protests. Sporadic political demonstrations tend to occur in Bangkok and also other areas of the country like Phuket, Chiang Mai, and Surat Thani.

Military presence has increased across the country and restrictions have also been imposed on the media. Many radio stations and television channels have stopped broadcasting or are not available to the people. Telephone and Internet services are in operation, but access to social media is sometimes temporarily interrupted.

It is also considered illegal to level any criticism at the junta; therefore politically charged statements are best avoided. The NCPO can issue new orders at any time, so it’s a good idea to stay updated about the local news.

The threat of terrorism in Thailand is mostly restricted to the southern regions of Narathiwat, Yala, Pattani and Songkhla, due to ongoing separatist violence. Expats are advised against travelling to these areas.

Thailand and Cambodia have also been involved in frequent clashes due to the dispute over the Preah Vihear temple area and the surrounding border region. This area has seen considerable gunfire and artillery, resulting in fatalities. Military activity tends to escalate here without much warning and foreigners are advised to avoid travelling to this region. When travelling to other areas of the Thai-Cambodia border, a high degree of caution must be exercised.

Thailand’s cities have also experienced terrorist activity in recent times, such as the February 2015 explosions that took place outside a shopping mall in Bangkok, and the April 2015 car bomb that exploded in the parking lot of a shopping mall in the Thai island of Koh Samui. It is important to exercise caution when visiting commercial areas and public places, especially those that are frequented by tourists.

All that being said, Thailand remains a beautiful country and many expats choose this destination as their home and live there quite happily. It is important to take the necessary precautions when starting a new life anywhere, but as long as you do so there is no reason why your expat life in Thailand should not be a wonderful experience.

Have you moved to Thailand as an expat? Do you have any other tips for our readers? Let us know in the comments.