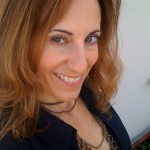 This expatriate literature project, an internationally bestselling anthology by foreign women in modern Turkey, has been praised by everyone from diplomats to professors, top travel publications like National Geographic Traveler and Lonely Planet, and major global newspapers like Canada’s Globe & Mail, the UK’s Daily Telegraph, and the International Herald Tribune in Paris.

Expat Focus talked to the Expat Harem creators and editors: Anastasia Ashman, a California native and resident of Istanbul for the past 4 years; and Jennifer Eaton Gokmen, who hails from Michigan and has lived in Turkey for more than a decade. Both women are professional writers and married to Turks.Expat Focus: Tell us a little about creating this collection of expatriate stories.

Jennifer Gokmen: In an international women’s writing group in Istanbul we realized we were all writing about our Turkish experiences. Collected, we hoped they might begin to piece together the puzzle of Turkey. So we called for submissions through expatriate groups, writing groups, women’s groups, and foreign groups associated with Turkey, like the Peace Corps alumni.

Anastasia Ashman: We heard from over 100 women in 14 nations from the worldwide diaspora of foreign women whose lives have been touched by Turkey. We worked with many, most not professional writers, to fashion a personal tale that revealed as much about the woman and her own culture as the country she uncovered. We looked for a certain depth of understanding about both Turkish culture and the writer’s own cultural assumptions. We asked, “What did this experience teach you about Turkey, and what did it show you about yourself?”

JG: You will see in the book people candidly experiencing crises– of conscience, religion or physicality. It is in the resolution of the crisis that they come to understand their own role in the conflict of cultures.

AA: After almost a year of editorial work, we had a collection of stories that spans the entire country and four decades from contributors across the world: North and Central America, Australia, Britain and Ireland, Holland and Pakistan. They came to Turkey for a myriad of reasons – as women pursuing studies or work, a belief, a love, an adventure. Whether an archaeologist at Troy, a Christian missionary in Istanbul, a Peace Corps volunteer in Erzurum, a journalist on the Iraqi border or a broken-hearted girl in Bursa, what is revealed in their stories is that each felt an affinity for the country and its people.

EF: How does Expat Harem differ from other travel memoirs?

AA: The anthology is part of an emerging worldwide genre that we think should be called “expatriate literature” – writing about life from outside one’s homeland does not necessarily mean that one is writing from a transient state of travel. Expat Harem women are coping with real life issues in a foreign culture – assimilating into friendship, neighborhood, and sometimes even wifehood and motherhood. Others are running businesses, buying property, obtaining citizenship.

JG: Expatriate literature is a hugely resonant genre in this age where so many people are globally-mobile and must repeatedly re-establish themselves in the contexts of new countries and new cultures. We are not tourists here, and neither are our contributors. We are all people who need meaningful access to our new surroundings.

AA: Also, the collection’s concept makes sense of our own lives in Turkey. With the title we wanted to positively reclaim the concept of the Eastern harem, which has been the subject of erroneous Western stereotype for quite some time. Much like the imported brides of the Ottoman sultans, we consider our writers and ourselves inextricably wedded to Turkish culture, even if we’ll remain forever foreign.

JG: Expatriates worldwide will identify with the notion of being confined by a foreign culture, especially those newly-arrived. Here in Turkey we aren’t constricted by the physical walls of the harem, but the virtual walls are often there, formed by the initial lack of language skills, undeveloped understanding of the culture, or even the ethnocentricities that some of us cling to for security. The Expat Harem can be a refuge, or a prison, depending on how you choose to use the community of your foreign peers.

EF: How did you manage to sell the book to a Turkish publisher? Was publishing abroad more or less difficult?

AA: I used to work in publishing in New York so our learning curve was not as steep as it could have been here in Turkey. We created a standard book proposal which we submitted to both Turkish and American publishers.

JG: In Turkey we also were sensitive to the way local business is done, with personal and professional connections being very important. We exercised every conceivable association in order to secure an appointment with the biggest publisher, and having won some major Turkish media, the publisher already knew about the book we were making!

AA: We convinced our Turkish publisher to release both an English language edition as well as a Turkish one. There are 50,000 foreign nationals living in Istanbul alone! Within months it became the national #1 English-language bestseller in Turkey. Tales from the Expat Harem is an expatriate handbook to the country and gives voice to the joys, trials and common experiences that so many of us have had.

JG: It’s also been picked up by multinational corporations with operations in Turkey, as well as embassies, consulates and tourism organizations who are now using it as a cross-cultural training tool and promotional vehicle.

AA: As expatriates we’re proud to add to the cultural conversation about Turkey and are thrilled to know that the book is being studied in at least four universities back home in North America.

EF: Did the book change any preconceived ideas readers had about Turkey?

JG: Absolutely. Many people told us they feel that the country is more approachable now that they have shared in the experiences of our writers, and witnessed the gentility of the culture.

AA: A reader in Australia booked a flight after checking the book out of the Brisbane library – and came to visit me. We find that readers not only change their minds about the country, they change their travel plans!

EF: What's in store for the future?

AA: Other Expat Harem-related projects, like a documentary version of the book for American television. Book tours and presentations both throughout Turkey, in Europe and in North America. We’re also collaborating with scholars on symbiotic projects to illustrate the historical and contemporary significance of foreign female views of the Near East.

JG: Talks on cultural sensitivity for exchange programs, Turkish cultural festivals in different countries. Presentations at diplomatic missions. We are also supporting a possible men’s version of the anthology…and in 2008 we may do a second volume of women’s tales. We’re considering expanding the definition of the Expat Harem to women in other countries besides Turkey. To get on our mailing list about either of these upcoming volumes, visit our website (www.expatharem.com) or write to us at infoATexpatharemDOTcom. We look forward to hearing your expat tales!