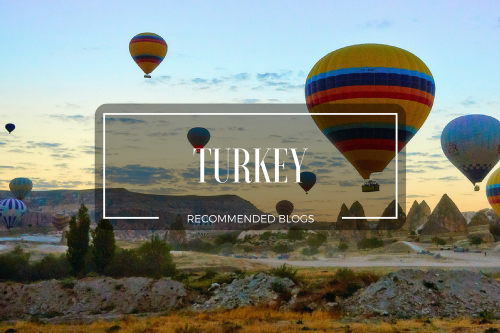 At Expat Focus, we like to be on the lookout for resources around the web that could help prospective expats adjust to their new countries. Today, we’re taking a look at Turkey and some of the blogs that might be useful for expats there.Janey In Mersin
www.janeyinmersin.com

Janey moved from Sydney, Australia in 2012 to her husband’s native homeland. She hadn’t ever imagined that she would one day be a Turkish housewife but she is definitely making the most of it. If you want a blog that doesn’t sugarcoat the realities of living in a different culture, this is the place to look.

Inside Out In Istanbul
www.insideoutinistanbul.com

Australian Lisa fell in love with Turkey many years ago, she finally made the move to Göztepe with her husband in 2010 and started blogging about her life in 2013. A lover of the culture and tradition that surrounds her, she loves to share all aspects of her discoveries with her readers. Look out for her tips, which may stop you from making cultural faux pas; the historical background she provides to many Turkish traditions is thought provoking and would be very useful to travellers and expats.

Expat advice from one expat to another, in the form of serious life lessons, humour and helpful tips. This Australian’s aim is to capture Istanbul from an expat perspective and maybe one day write a book about it. The advice you’ll find will make you smile as well as think; long-time expats will snort with laughter over ‘signs you’ve settled as an expat in Istanbul’ whilst newcomers will find many links to assist in making connections, even before they arrive.

Jennifer left San Francisco in 2008 for Istanbul and has been blogging about her experiences ever since. Follow her linguistic misadventures in learning the local language, giggles over ‘Turklishisms’ and making herself understood in her daily life. Find her quick to read ‘cheat sheets’ for a guide that will get you started in Istanbul, as well as plenty of very useful links scattered throughout all her posts. If you happen to be a runner you will be in good company, the sport is gaining popularity in the country slowly, very slowly, but that doesn’t deter this energetic woman from getting stuck in.

David and Jacqui have always loved sunshine, so retirement in their native England was an option that didn’t particularly excite them. Having holidayed in Turkey previously they made the decision to move to Üzümlü in 2012. Their blog is a personal account of their lives in Turkey, the places they visit, the food they eat and their attempts to integrate into the local culture. Learning the language is something that this pair are constantly working on, when they aren’t renovating their property, travelling or looking after their ever increasing number of furry friends.

Alan and J have been living in Okçular in the South West of Turkey for over 18 years and from the day they arrived there has rarely been a dull moment. On the blog they share their personal stories of the good, the bad and the downright hilarious that inevitably happen when you live within a culture different from your own. What started life as a political blog is now more of a series of reminiscences, which usually come with a cautionary tale. Finding positive reasons to love where they live definitely helped them when taking on expat life and bureaucracy.

Liz is an American woman documenting her journey of cross-cultural marriage with her Turkish husband. Her thoughtful posts on cultural differences, etiquette and the weight of expectation she shoulders as a foreigner and a Turkish housewife are honestly written. Humour is the tool she uses to get by and her imaginary troupe of puppets which support and scold her in equal measure are usually not far from any of her cultural mishaps. This blog is an entertaining read for any prospective expat.

A Londoner by birth, this expat has lived in Turkey for over 10 years with her Turkish husband, Murat. An adventurer by nature, she enjoys the challenge of new languages, new cultures and a new family life very different to hers in the UK. A little inspiration can go a long way especially in the first year of expat life, and this blogger reaches out to others who are struggling with cries of ‘we are all in the same boat’ and spreads some expat love to those who need it.

Making a return to the city she first travelled to in her twenties, some thirty years later this Brit is rediscovering Bodrum, a city that gave her a first big taste of expat life. Not your average expat blog, here you will find comparisons of the old and the new, the opinions of one woman at two very different times in her life. The expat community is a large part of life in Turkey and many connections can be found through this blog, for expats old and new.

We’re always on the lookout for more sites to feature – if you run a blog about living in Turkey, leave us a link in the comments and we’ll take a look!