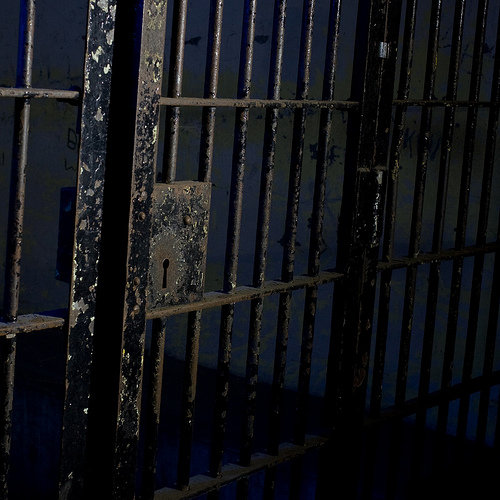 Turkey is a culturally rich country with a modern character. Human habitation in this region dates back more than 25,000 years, and the first temple in the world was built here during Neolithic times. Today it is known for its multi-religious heritage and cosmopolitan society.

Turkey is a relatively safe country and most expats do not face any problems during their stay. If you find yourself in trouble with the law in Turkey, here’s what you need to know.Turkish judicial system
There are some similarities between the Turkish judicial system and that in other countries such as the UK. Until proven guilty, prisoners are presumed to be innocent, and have a right to legal representation, a fair trial and appeal. They also have the right to an interpreter.

In Turkey, however, the jury system does not exist, and the judicial system tends to be bureaucratic. Courts are of three types – Criminal Peace Court (Sulh Ceza), Criminal Court of First Instance (Asliye Ceza) and High Criminal Court (Ağir Ceza). If you are arrested in Turkey, ensure that you do not sign anything that you are not able to read. If there is pressure exerted to sign something, ask to consult with a representative from your home country’s consulate.

What happens at the time of arrest?
If the arrest takes place at an airport, you may have to remain in a police cell on the airport premises. The police will read out the charges and your rights. A translator is usually present while the police question you. From here, you may be transported to the police headquarters, where the investigation by a state prosecutor will begin.

If the arrest takes place at another location, you may have to remain in a police cell for up to a day. You will then be taken to court to produce your pre-hearing statement. The judge can decide to arrest or release you based on the evidence. In case of arrest, you will need to remain in prison until the court hearing, which usually occurs three to six months later.

Prison cells are usually shared with others, although you may be given access to your personal belongings. The prison authorities will retain your passport and identification as part of your file. Based on the status of your trial, you may have to stay in custody for six to twenty-four months.

Upon detention, Turkish authorities will ask if the detainee wishes to notify the foreign mission office of their home country. A notification fax is usually sent through the Turkish ministry of Foreign Affairs or the police may make direct contact. It is your right, as a detainee, to request that this be done as soon as possible after the arrest.

Bail
Foreigners are rarely granted bail. Those who have a valid residence permit or those who are married to Turkish nationals may be granted bail depending on the nature of the charges.

Legal assistance
Your consulate can provide a list of English-speaking lawyers, and you can appoint one of these to represent you. The court will appoint a lawyer for detainees who do not have the funds to hire one. But in Turkey, the state appointed lawyers rarely speak English. If you are hiring your own lawyer, it is advisable to agree on a flat fee for the entire case, so that extra expenses do not keep cropping up.

What happens at the trial?
Since there is no jury system, a judge or a panel of judges hears court trials. A translator or interpreter must also be present. Consular staff are barred from acting as interpreters, but they can conduct checks before the hearing to see that a lawyer and interpreter are appointed. Documents and evidence are presented before the court and the trial proceeds in Turkish.

The judge may request a second hearing if it is decided that more evidence is necessary. Lawyers can also ask for another hearing if they need to dedicate more time to the case. Sentences are announced only after the final court hearing. Lawyers can appeal against the final decision on behalf on their client within a week. Appeal applications are sent to the Supreme Court in Ankara, the country’s capital city.